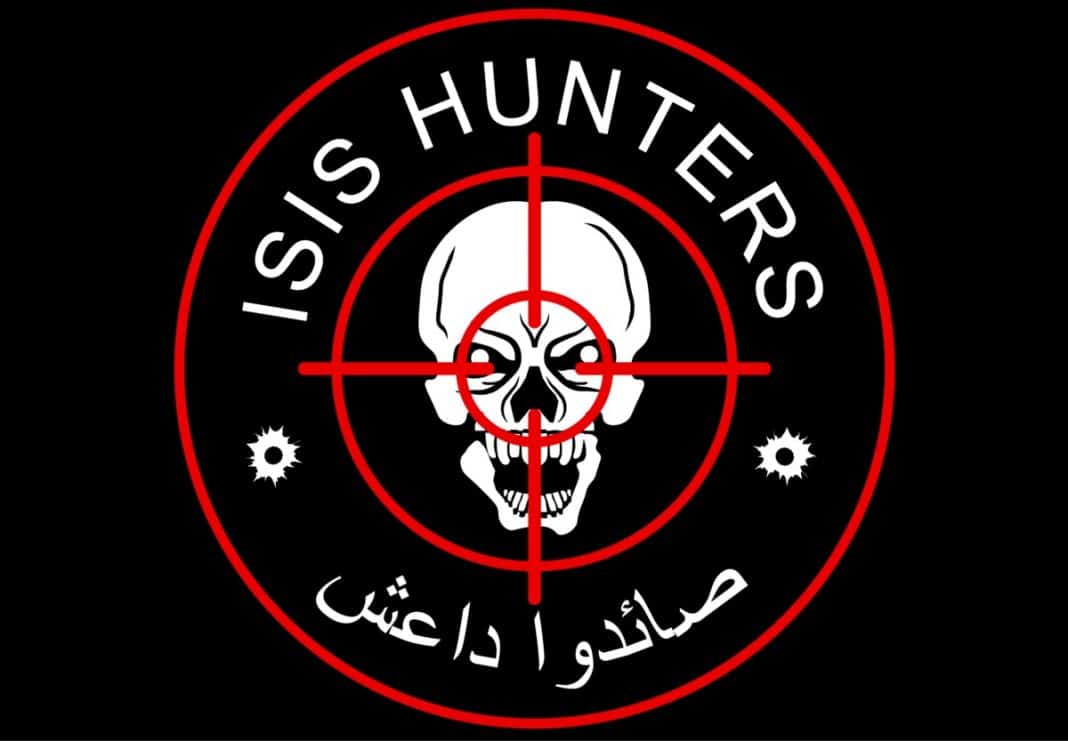 [ Editor’s Note: Finally we have a first-hand published report from the unit that the US attacked in Deir Ezzor, and confirming what we have long said, that part of the SDF is dressed up as ISIS for when they are fighting the SAA.

We could have been able to do more about this, but the Syrians for some reason have not wanted to allow interviews of their PoWs. It is not our place to veto them.

But either the uniform rules are not being enforced, or the laundry contractor is running behind, so they only had one uniform to wear. The ISIS hunters say they were attacked by a joint unit of SDF and ISIS forces.

When they responded, the US had the “trigger” they needed to launch the air strikes, snookering the Russians along the way, who will not forget this day. The ISIS hunters now say they will hunt ISIS and the SDF.

Maybe they will make up a new patch, which I predict will become a collector’s item. Units like these are going to enter the folklore of Syrian military history. As for the US people participating, I can’t wait to meet them some day and be able to ask a few some questions concerning what they did… Jim W. Dean ] 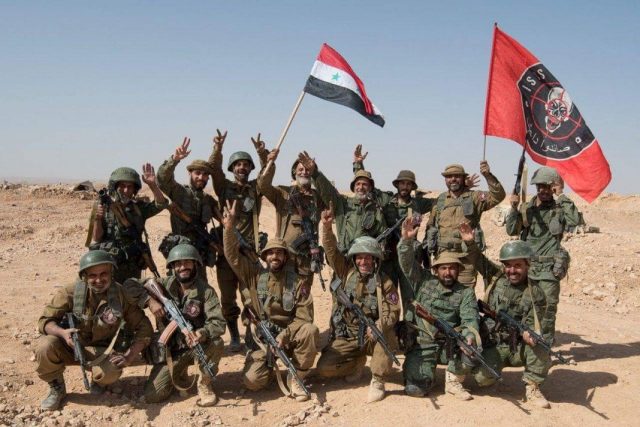 In its official statement, the unit said that a joint convoy of the SDF and ISIS was first spotted near the SDF-held town of al-Suwar in the eastern Deir Ezzor countryside. Later, the joint force launched an attack on SAA positions in the village of Khasham east of Deir Ezzor.

“Almost immediately Hunters managed to suppress ISIS and make them retreat. (Later an intercepted radio traffic confirmed that the group was partly ISIS, partly Kurds and they retreated towards CONOCO factory),” the statement said.

The ISIS Hunters acknowledged that it lost 20 fighters in the US-led coalition airstrikes on February 7 and said that the SAA lost a higher number of soldiers.

Syrian pro-government sources reported on February 10 that a funeral for dozens of Syrian fighters of the ISIS Hunters was held in the Christian town of al-Suqaylabiyah in northern Hama.

The ISIS Hunters held the SDF responsibility for the US-led coalition airstrikes on its units in Deir Ezzor and vowed to “hunt” ISIS and the SDF’s Kurdish fighters from now on.

“Since now there is no difference for us between ISIS and Kurds. Same terrorists, same attitude towards them. Kurds, be sure, ISIS Hunters are going to hunt you on Syrian soil like your ISIS mercenaries are hunted. Our brothers will be revenged!” the unit said.

Meanwhile, several Syrian opposition sources reported that clashes between the SAA and the SDF are ongoing around Khasham for the fourth day in a row. However, these reports have not not confirmed by the SAA or the SDF.

According to pro-government Syrian experts, the SAA and the ISIS Hunters will not likely launch attacks against the US-backed forces. However, a serious response to the SDF and the US-led coalition is highly possible in case they launch another attack against the SAA in Deir Ezzor. A response that might be similar to the one Israel faced on February 10.