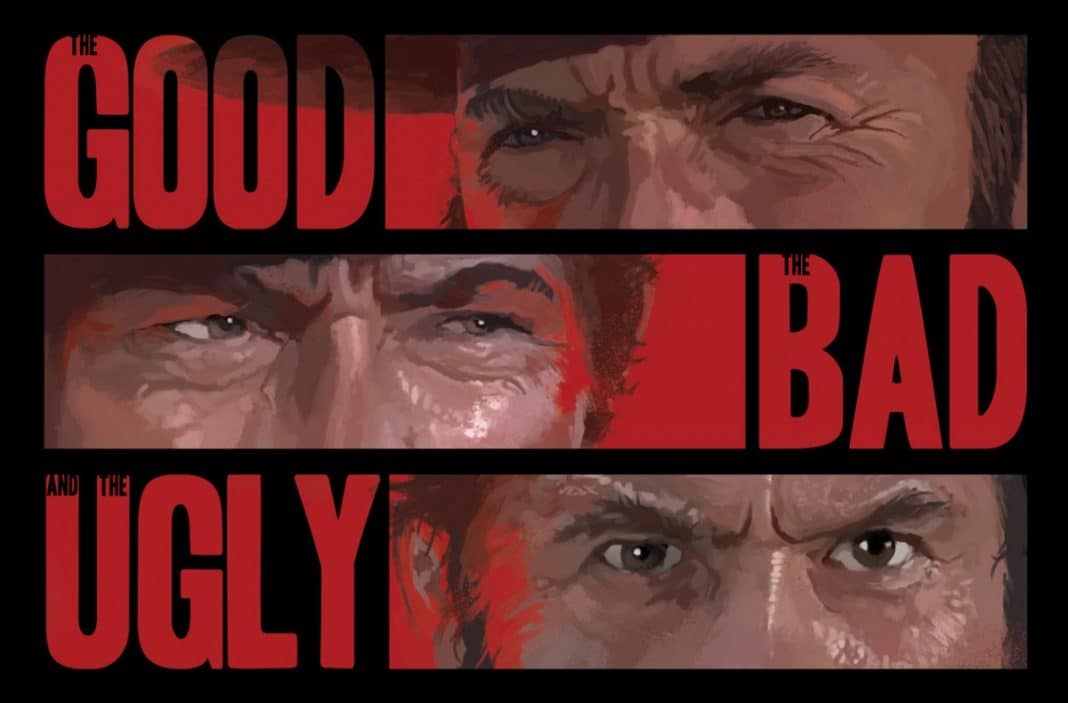 “The secret of politics? Make a good treaty with Russia.” ~ Otto von Bismark, first Chancellor of the German Empire (1871 to 1890) 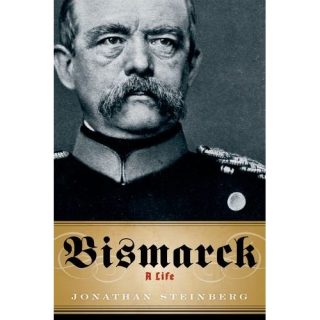 [ Editor’s Note: The Munich Security Conference should have been renamed this year to, “Let’s bash Russian, Iran and China”. Grandstanding galore was the style of the day, with folks like Joe Biden and Bibi competing for the top prize.

The distressing part of this is not so much that top leaders would make fools of themselves at such an event, but that none of them had to pay any real price in terms of loss of international political stature. In Bibi’s case he would have to ask, “What’s that?”

The conference is too big to try to review the whole thing, and that would be too dry anyway. So I chose three speakers I thought had been the most entertaining to dissect the silly points that they made, or attempted to anyway.

All three thought they were making history by burnishing their tough guy street cred, when we all know that is playing to the home-crowd constituency, which is not what they are supposed to be doing at such a “security conference”. These guys were like preening gladiators, all pitching their “bet on me” hustles.

Unpleasant as it is to have to listen through or read their blathering, we must, so we can do our resistance work as best we can under the adage of “know thine enemy”… JD ] 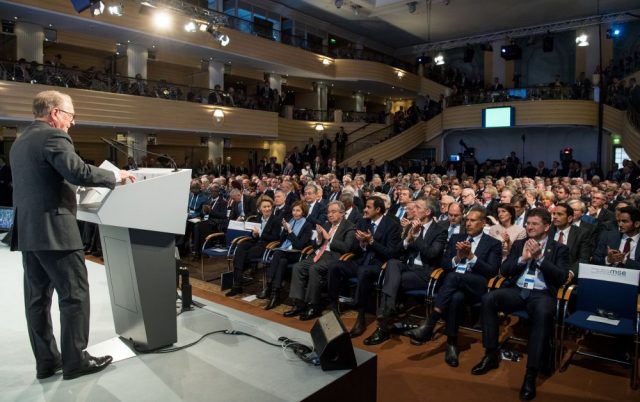 I had been planning to do a follow up on the Syrian battle of Idlib, but the siren song of the Munich conference called out to me. Big time geopolitics and standup comedians are a show not to be missed, and this one was full of both.

The stars this year were the Three Stooges, Joe Biden, Netanyahu, and Mike Pence, with an honorable mention for John McCain. Joe Biden won the “Losing your mind” award, for the best senior statesman who demonstrates he has just about everything wrong.

“Good ole’ Joe”, as he is affectionately called here, put on quite a Russophobia show with a long list of Red Horde Horrendous tales.

Russia is a “nation in decline”, its “network of partnerships is maintained solely through coercion”, the population is “aging and shrinking”, and of course it is “undermining democratic ideals”, which frankly, I thought the US had taken over that mission.

While Russia has suffered under the Western sanctions, there has been a silver lining to the pain. It is much more resilient now from Western economic pressure. It has cranked up domestic production to replace Western food imports and found non-EU sources for others.

Western credit card companies are out, and a new international settlements payment structure is being tested now. Growth is positive, the deficit cut; and over all, foreign debt reduced while continuing to build its gold reserves, as is China.

As for coercing neighbors, the new Ukraine, the creation of the US-NATO-EU violent coup is an economic basket case, looted and pillaged by its ruthless oligarchs, who had done the same to Russia during Yeltsin’s day as foreign predators.

Meanwhile, Crimea, which was able to dodge the bullet, is weathering the storm with living conditions that are the envy of most in Ukraine.

Russia now has two long term bases in Syria, paid for with blood and treasure for saving Syria from what everybody knows would have been a takeover by ISIS. That would have set the stage for NATO and the Gulf States to turn on their ISIS proxies to come into Syria to “save it”, and announce themselves Balkanization heroes.

The “aging population” smear was a low blow. During WWII the US had 350,000 KIA’s, the Soviets-Russians, 26 million. I am a member of the US baby boom after the war. Russia got its Immortal Battalions. If the US had experienced the 26 million dead, it would have better manners.

Old Joe, saved the best joke for last, the silly claim of Russia “undermining democratic ideals”. Crimea and Donbass don’t think so. The Neo-Nazi terrorists that the US put into Kiev proudly claimed from their Rada podium that they would cleanse Ukraine of all ethnic Russians, not by throwing them out, but killing them all.

The blonde Ukie vampire,Yulia Tymoshenko was caught on a phone tap proposing to nuke all the Russians in Donbass, and then begin nuking Russia itself. With allies like this, who needs enemies.

Germany and France, signing on as guarantor of Kiev’s compliance with the Minsk Accords, never lifted a finger to live up to their obligation. Let’s take a look at the US record on spreading “democratic ideals”.

First up, look at what happened to Afghanistan, which only had an estimated 1000 Taliban there when we went in. It’s a complete wreck of a country.

Iraq fell quicker than most thought, but we learned no post-war planning had been prepared, and the country slid down the rabbit hole of terror. What was once one of the more affluent countries in the Mideast was crushed under US hypocrisy.

Then we have Libya, where both Russia and China regret their being sucked in on their UN votes; and once again, after Gaddafi fell, it appeared that we had no after action plan, not even to secure the arms depots. We later learned these were left open to loot as a weapons supply for crushing Syria.

It is a libel to call the US a spreader of democratic ideals when it has left death and destruction in its wake across the world. Joe Biden cannot lay that off on Russia. He disgraced himself and the US. He should be put into an old folks home for what he said, involuntarily if needed, as a suitable punishment.

Just when you think that Bibi has used up all the different ways he could make a fool of himself, we all got proved wrong again. At Munich he did a new version of his infamous Iranian bomb chart at the UN podium, where he became a laughing stock.

He actually brought part of a drone wing to wave as a prop as an example of Iranian aggression on Israel. Now mind you this was a piece from an alleged unarmed drone doing surveillance over the Golan Heights, where Israel has been infiltrating ISIS terrorists into Syria.

We are to believe that Israel, with its undeclared nuclear arsenal, which includes by the way, ten missile silos for its MIRVD warheads missiles, silos that the US helped build, really feels its security threatened by an unarmed drone?

With John Kerry sitting in the front row, Bibi then ripped into the JCPOA, predicting the end of the world as we know it if the deal was not stopped. Bibi didn’t bother to explain where was the secret nuclear weapons program that it had always claimed Iran had.

When he could have blocked the deal by showing proof, even now, he cannot, because the Israelis lied through their teeth to the world over several decades of claims about the mad mullahs being a year or two away from “the bomb”.

And yet, Bibi stood before the Munich audience and said that Zarif “lies with eloquence”. To that I have to say that Netanyahu lies “most in-eloquently.”

Mike Pence is a Christian jihadi, the type that is always sure they are right about everything because they represent the big man in the sky. With US-EU relations already in a bad state of affairs, he proceeded to take them down another notch. This is what the Trump Team calls “making progress”.

Pence publicly beat up the EU crowd for not spending their 2% on NATO, and showed no concern for the future of the EU. His comments got little applause. To rub salt in the wound, the German Foreign Minister Gabriel formally said that Germany had no plans to spend 2%, citing political concerns.

The unsaid here is that with a US trade war looming with the EU, Germany was going to hang onto its money, possibly to put into the proposed EU army, something that has Washington very angry.

But the EU is playing the card that if the US thinks it will hold them hostage to NATO while abrogating the WTO agreement, Europe will respond.

Fortunately I did find a silver lining in this sad parade. The Nuclear Threat Initiative (NTI) people were clearly the grownups, compared to the Three Stooges.

They were at the conference with the esteemed ex-US Senator Sam Nunn, and Ernie Moniz, former US Dept. of Energy Secretary who played the key role in lobbying the Congressional votes needed to pass the JCPOA deal.

They were releasing and lobbying for their new report, Building a Safe, Secure, and Credible NATO Nuclear Posture. Here is one shocker:

“It is past time to revisit whether… forward-based weapons are essential for military deterrence and political reassurance.” …“The U.S. is to spend billions of dollars upgrading 150 nuclear bombs positioned in Europe, although the weapons may be useless as a deterrent and a potentially catastrophic security liability, according to a new report by arms experts.”

What a breath of fresh air this was to read, showing that not everybody is crazy or on the make for their next big defense/offense contract; and not all are the kind of people who hate peace with a passion.

I recommend you download the report here. It’s 72 pages; but it is a gem, something we don’t see much of anymore.

My Idlib battle report analysis was impossible to finish, due to the fast moving and complex combat. So I saved my early drafts to do a final one when the battle reached a strategic point that would show if my predictions were accurate. That will be coming soon.