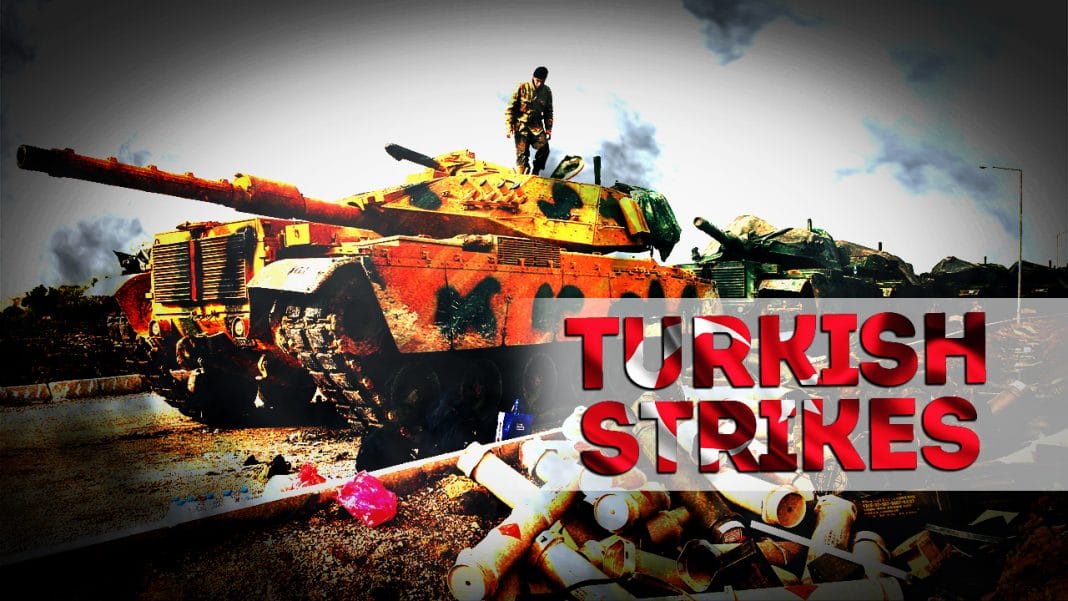 Pro-militant sources and the mainstream media have already started a propaganda campaign targeting the SAA as the only side responsible for civilian casualties in the area. Various sources provide different numbers, but the key thing in these reports is that the number is high.

Meanwhile, Russian Foreign Minister Sergey Lavrov said that Hayat Tahrir al-Sham (formerly Jabhat al-Nsura) will be exterminated if powers having influence over the group fail to discipline it.

“That is why we are asking our Western colleagues, who have leverage on Jabhat al-Nusra, to make the effort to discipline this structure, as far as resolution of humanitarian problems is concerned, otherwise it will be destroyed,“ Lavrov said.

Amid reports that the YPG and the SAA have reached a deal over Afrin, Turkey has threatened to strike Syrian government forces should they enter Afrin to “provide protection” to the YPG.

“If the regime enters [Afrin] to clear out the YPG, then there is no problem. If they are entering to provide protection to the YPG, then no one can stop Turkey or Turkish soldiers,” Foreign Minister Mevlut Cavusoglu said on February 19.

On the same day reports once again appeared that, government units are set to enter the Afrin area soon. However, the situation is still unclear.