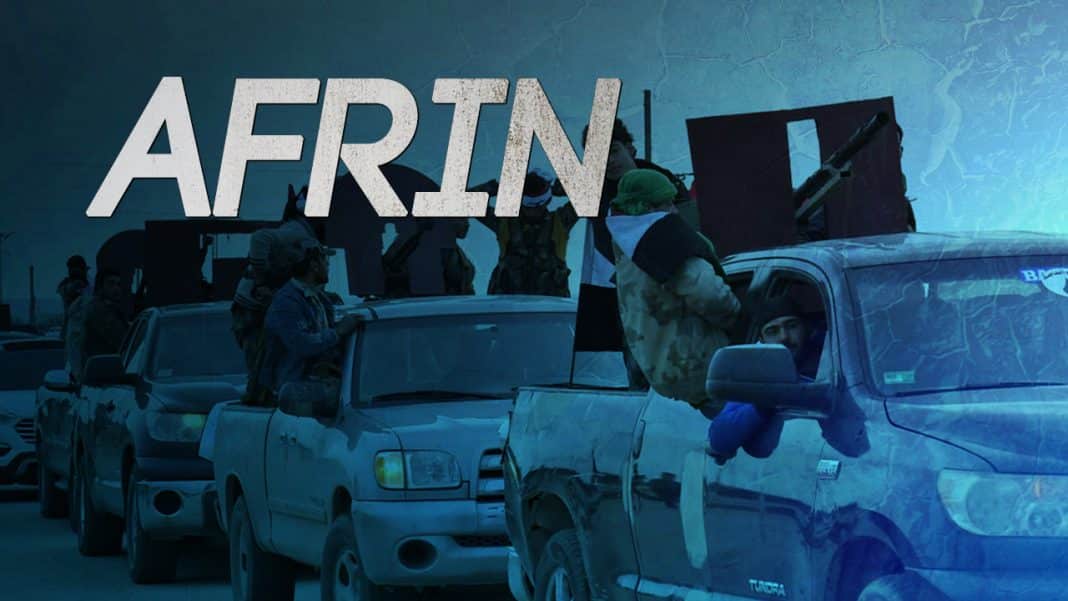 Over the last few days, the Turkish Armed Forces (TAF) and the Turkish-backed Free Syrian Army have captured over a dozen villages from the Kurdish People’s Protection Units (YPG) in the Afrin area.

A complicated situation on the frontlines forced the YPG to at least temporarily forget “the US is our only ally” mantra and to start implementing what local sources describe as a Damascus-YPG deal that will allow deployment of government troops in the region.

On February 20, a column of the government-backed National Defense Forces (NDF) consisting of about 20 vehicles entered the YPG-held area and moved toward the city of Afrin. The column was within about 10km of the city when it came under Turkish fire. At least 2 NDF members were killed in the TAF strikes.

Turkish President Recep Tayyip Erdogan claimed that the column retreated after this incident. However, according to existing video evidence at least a part of the column reached Afrin city.

While 20 vehicles are not enough to reverse TAF gains in Afrin, the deployment of government forces in the area as well as Iranian and Russian diplomatic support can limit and even counter a major part of the Turkish military plans. Few hours before the column deployment Erdogan vowed to lay siege to the city of Afrin in three days time.

The situation remains tense. Many will depend on the terms and conditions of the YPG-Damascus deal.

On February 20, Eastern Ghouta militant groups conducted a massive shelling of the government-held areas of Damascus. The Russian center for reconciliation of the warring parties in Syria was among targets. The shelling killed at least seven civilians and wounded over 40 others. No casualties among the Russian personnel were reported.

No ground operation has yet started in Eastern Ghouta but the mainstream media is already full of reports about the so-called Assad forces attacking civilians there. These reports ignore that a large part of the pocket is controlled by groups, which have never respected the ceasefire – Hayat Tahrir al-Sham, Ahrar al-Sham and Faylaq al-Rahman.