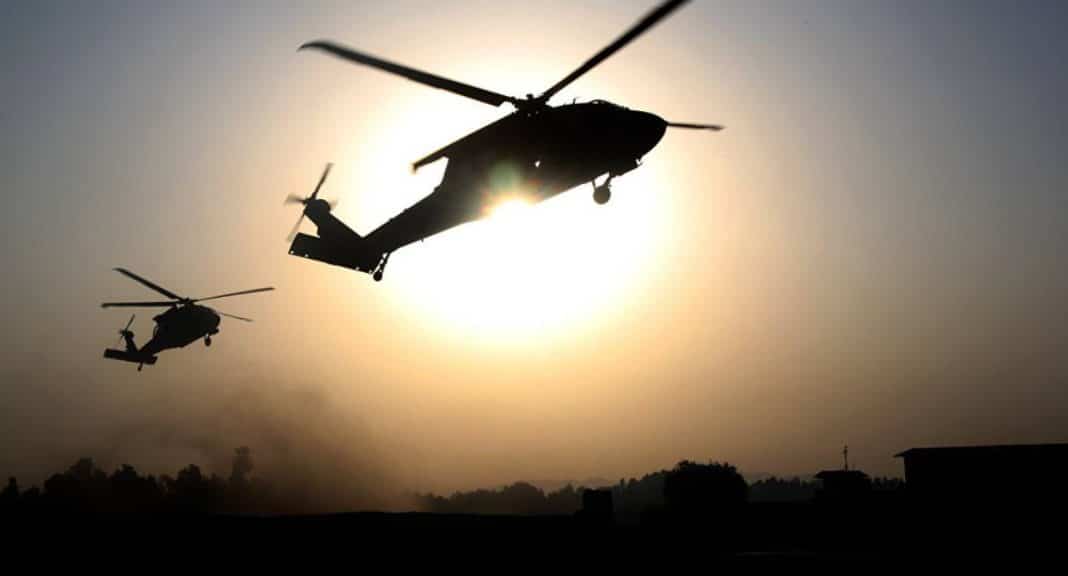 The US-led coalition is often accused of supporting terrorist groups in Syria, including organizing safe passage and extraction from encirclements and hot zones. Videos have appeared on YouTube and Facebook allegedly showing the process of transportation of the terrorists.

The source from the town of al-Hasakah (north-east part of Syria) has told Sputnik on the condition of anonymity that local people have witnessed US helicopters landing multiple times on the territory of the local prison, controlled by Kurds, a then leaving. According to the source, they were taking away some of the Daesh (banned in Russia) terrorists, detained in that prison. There have also been reports of US military bringing munitions to this prison.

READ MORE: US Traps Over 50,000 People by Sealing Zone Around Its Base in Syria — Moscow

This news comes on the hot heels of reports made by Iraqi media, which indicated that American helicopters were moving members of Daesh from the prison in al-Hasakah to their base near the village of Abu Hajar in the eastern part of Syria. According to their sources, over 100 Daesh terrorists, most of them with foreign citizenship, most likely were brought to this prison by the US from Deir ez-Zor.

In December 2017, the Russian Defense Ministry accused the US-led coalition of training jihadist militants on their base near al-Hasakah to fill up the ranks of so-called “New Syrian Army.” According to the refugee testimonies most of the trainees are ex-Daesh and Nusra Front fighters. The spokesperson for the coalition rejected the accusations, saying the claims were absurd.

Eyewitnesses also reported sighting “US military aviation” transferring Daesh commanders from the town of al-Mayadin, covering it with airstrikes, just before Syrian army entered the city in October 2017. In 2018 Chief of Iranian General Staff Major General Mohammad Hossein Baqeri accused the US of transporting Daesh terrorists to Afghanistan after they were defeated in Syria and Iraq in order to maintain tension in the region, using it as an excuse to stay there longer.