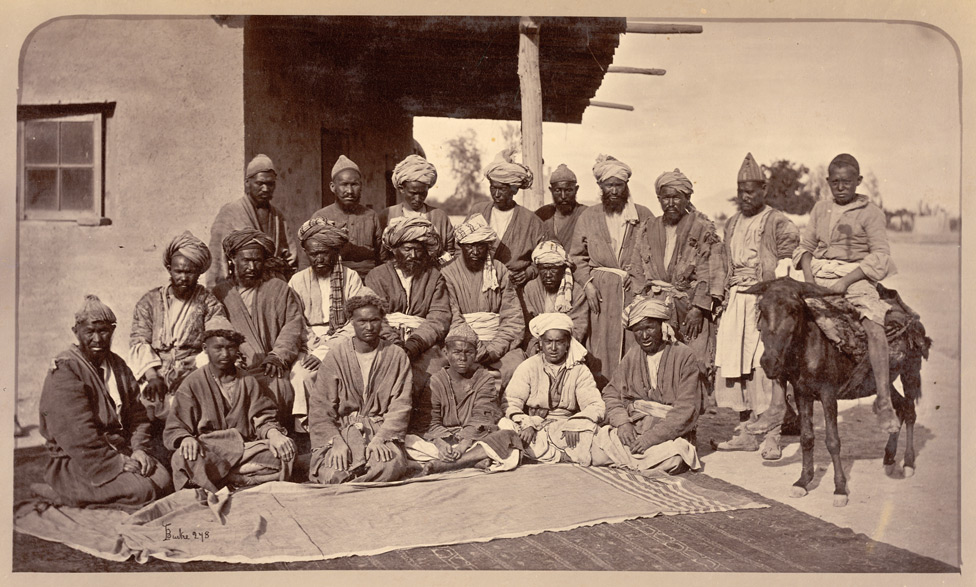 The Afghan nation has come under the onslaught of foreign forces in different stages of history; every superpower of the time has tried to colonize the soil of brave Afghan nation.

During a grand and important meeting, Mr. Monawar, a former leader of Jamiat-e Islami Party said: there are two nations that have not accepted servitude during the history: Turks and Afghans.

Our people have always been killed, tortured, marginalized and obligated to leave their soil for the sake of independence and liberty. While Mongolians seized most of the countries and were busy with ruling their colonies, it was Afghan nation who snatched the patronage sleep of them and, as a free nation, gave a good lesson to Mongolians.

Genghis had memories about Afghan people as he could not govern them with force and atrocity. Mongoloid Genghis and other numerous superpowers have faced the defeat on the Afghan soil.

Britain, who had colonized today’s U.S. and great India and was governing a lot of close and far countries and implementing the UK Law there, wished to reach the cold water of former Soviet Union as a result of occupying Afghanistan.

English and British Indian soldiers became defeated in several battlegrounds in their repeated wars with Afghans as a result of their unprecedented resistance and sacrifices. The defeat of English soldiers in the battlegrounds of Afghan soil resulted in independence of great India from Britain. Furthermore, Afghans had given the lesson of liberty to other countries of the world that were colonies of English/UK.

Former Soviet Union, which was comprised of 18 counties and had occupied several Central Asian and Eastern European counties, intended to reach the warm water of India through invading Afghanistan.

On the unequal battleground, where the superpower of the time (Red Army) along with its modern weaponry, air and ground forces and high number of troops located on one side, and the unorganized rural Afghans along with their old weapons and help of Allah the Almighty located on the other side. 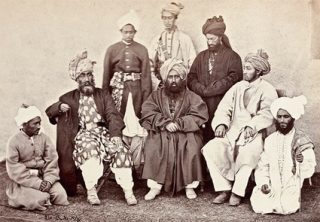 Afghans, however, were able, to defeat the Red Army as result of face-to-face war and their courage and, to have the Russian generals to narrate stories of Afghans’ valor to their younger generations, and their politicians to think of not repeating such a mistake again.

The United States, which ranks first in economic, military and political power in the world, essentially decided to invade the Afghan soil in October 2001, and thus, made a group of Afghan warlords to stay on their side, and hence, destroyed the Afghan administration of the time through its advanced air force.

However, it did not end; those people became organized and coordinated once again and started war against American and NATO troops. It is almost 18 years that America and its international alliance neither eliminated Taliban nor destroyed Al-Qaida. Furthermore, they not only incapable of eliminating the Taliban, they could not weaken them either.

U.S. President Bush ordered attack on Afghanistan and declared his war in Afghanistan and Iraq as Crusade; however, he remained disappointed in his eight-year term and left the White House with great ingloriousness and thus, became the most unpopular president in the history of the United States of America.

Barack Hussein Obama who was repeating slogans of ending the Afghan war, tried hard to shut down the hellish jail of Guantanamo and withdraw American troops from Afghanistan till the end of 2014 and have only 600-1000 American soldiers stay in the country to protect their political institutions; however, he was put pressure on by U.S. generals and Republican Americans, and thus, was could not able to implement his decisions.

Most Afghans and international politicians thought that alike Gorbachev, President of former Soviet Union, Obama would also like to take practical steps toward withdrawing its troops from Afghanistan, but he can’t to do it.

The present U.S. President, Donald Trump, in his remarks, had previously said that their war in Afghanistan is useless, this war is not won, Afghanistan has tribal structure and people do not want democracy in there.

But after he took power, the Afghan politicians, who have skills in deceiving foreigners and have ruled the country thanks to American weaponry and money in last 18 years, reminded the businessman Trump of Afghan ample lithium mines that are remained virgin as well as of copper mines’.

Trump has recently declared to the American nation in his remarks that they will learn how advantageous Trump was for them, if he won the Afghan war. The Afghan lithium mines are located in the region starting from Ghazni province and reaching up to Herat province. It is the biggest lithium mine in the world and only China is in possession of lithium, but exclusively.

As the world will use lithium instead of oil in planes, modern metros and vapors, and as Chinese lithium is limited to China, so America intend to devour this virgin (unexploited) mine of ample lithium like a huge dragon.

Afghan people have protected their national interests with great courage during the history; if Trump thinks that he would be able to attain Afghanistan’s lithium and copper in a kind of patron-servant relation, and the American nation would be able to suck the blood of Afghan nation; we recommend him to study the history of Afghan-Britain and Afghan-Soviet wars instead of business books, and again, we recommend him to listen to the stories of courage of the Afghan people from his American politicians and wise generals.

America has faced the economic and political sensitivity of the regional countries due to elongated Afghan-U.S. war, and hence, it is challenged in the region. Due to the elongated Afghan-U.S. war, the authority of Afghan government is challenged, the Balkh governor continue to stay in power by force, and trust on the government among the people is being harmed day by day.

Yes! The Afghan people have to be murdered because they have lithium, here are copper’s mines, and Central Asia can be threatened from here; moreover, the atomic reactors of Pakistan and Iran would become under control of America; Chinese monopoly regarding lithium would become to an end.

Yes! The Afghan people have to be murdered because they did not accept the patronage of England and former Soviet Union, and for that they refuse the patronage of Bush, Obama and now Trump’s.

A senior former Taliban prisoner of Guantanamo told me that American investigator, during the imprisonment, were telling me that there is no country or group in the world that have not obeyed American orders and patronage; however, you [the Taliban] are the only people who did not accept American requests; therefore, we had to destroy your system and put you in cages of Guantanamo Jail.

But then again, American investigators understand that militant Taliban attended the first lines of war and fought against American troops after being released from Guantanamo Jail and its tortures.

We (Afghan people) are not here to become murdered; we need to live, our children need to attend school and our youth need to attend university. We also need to extract lithium mine as well as copper’s mine.

Meanwhile, we need to extract other unexploited mines; however, it is possible only if Afghanistan has an independent, powerful and central system, and has an agreement of mines’ extraction with the U.S. that will be based on well-intended bilateral political relations as well as justice and international principles.

If President Trump thinks that he would take the Afghan lithium and copper out of Afghanistan as a looter, and he would have a puppet government for a longer time here and dreams of patronage on Afghan people, he would become disappointed like Bush and Obama are, and would be disgraceful in front of American and Afghan nations and the world.
We (Afghan people) are not disappointed by the latest remarks of Trump who said that we do not make peace with but fight against Afghan armed opposition; inversely, we believe in peace, and work for peace. We will take steps of further closeness and friendship with American people.

We will work for building future political ties. We will end the Afghan-U.S. war in partnership with American nation; it will be replaced by peace and both of the nations (Afghan and Americans) and other countries would be benefited from the Afghan lithium and copper based on equal relations.