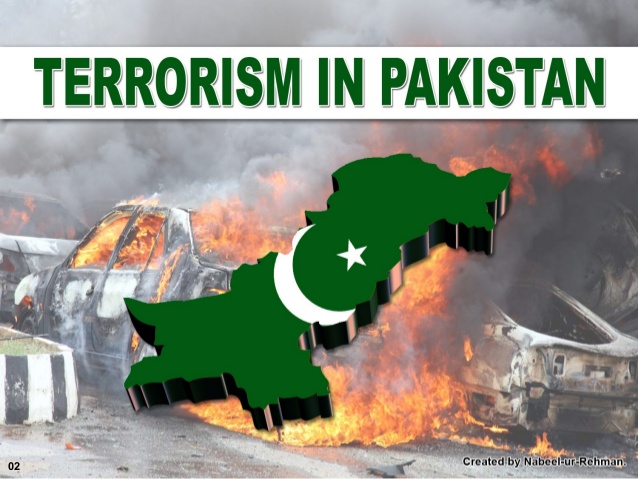 ‘Efforts paid off’: Pakistan thwarts US bid to put it back on terrorist-financing watch list

[ Editor’s Note: We are living in an upside-down world now. Western countries, widely known to have been using terrorist proxies in Syria and other places, have appointed themselves judge and jury of who is supporting terrorism, and thus sanctionable. Yet they give themselves immunity for doing the same thing.

Britain’s Intel orgs run the murdering White Helmets, and our own CIA has been gun-running to the Jihadis in Syria for some time, with many of its coalition partners lending a hand.

For example, wire-guided missiles and MANPADS can easily be transferred from Saudi Arabia’s huge stockpiles (or Israel’s) into al-Qaeda jihadi groups. When Aleppo was retaken, which had been starving, the SAA found Saudi food stockpiles, enough to last two years, and tons of munitions for a long siege. Western media reported none of it.

We have to break up this dynamic or we will remain stuck in the mud, permanently. The US coalition has a system with no rules, if you have the military fire power to tell unhappy people, orgs or countries, to go to hell.

When these targeted countries try to build their defenses to protect themselves from the obvious threat we represent, they are framed as a threat, not only by our government but our lackey media, also; a pitiful situation

We have become the thugs of the planet, with nothing in our Constitution giving our government authority to do this; yet we see anemic pushback from the citizenry, despite the crushing expense… Jim W. Dean ]

Pakistan thwarted a US bid to put it back on a terrorist-financing watch list, Foreign Minister Khawaja Asif said on Tuesday, adding that Islamabad was given a three-month reprieve by an international watchdog.

Asif tweeted on Tuesday that the country would not be put back on the Financial Action Task Force (FATF) watch list – which it had been on from 2012-2015 – despite US efforts.

“Our efforts paid [off], FATF Paris 20 Feb meeting conclusion on the US-led motion to put Pakistan on watch list… No consensus for nominating Pakistan, proposing three months pause and asking APG [Asia Pacific Group] for another report to be concluded in June,” the minister wrote, adding: “Grateful to friends who helped.”

Washington has long vowed to get tough with Islamabad over its alleged ties with Islamist militants. In early January, it suspended security aid to Pakistan worth up to $2 billion.

The US labeled both JuD and FIF “terrorist fronts” for Lashkar-e-Taiba (‘Army of the Good’), a group Saeed co-founded in 1987 and that is accused of carrying out the attacks in Mumbai that killed 166 people in 2008.

State Department spokeswoman Heather Nauert told reporters last week that the “international community has this sort of longstanding concern when it comes to the Government of Pakistan about what we consider to be deficiencies in the implementation of anti-money laundering, counterterrorism, and other types of issues similar to that.”

Asked if Washington was happy with a new Pakistani law designed to boost the country’s counterterrorism capabilities, Nauert said she did not have enough information about the law to comment.

Pakistan’s de facto finance minister, Miftah Ismail, told Reuters in mid-February that the US and Britain put forward the motion and later persuaded France and Germany to co-sponsor it.

“We are now working with the US, UK, Germany and France for the nomination to be withdrawn,” Ismail said. “We are also quite hopeful that even if the US did not withdraw the nomination that we will prevail and not be put on the watch list.”

In recent months, Pakistan has been struggling to avoid being added to a list of countries deemed non-compliant with anti-money laundering and terrorist-financing regulations by the FATF.