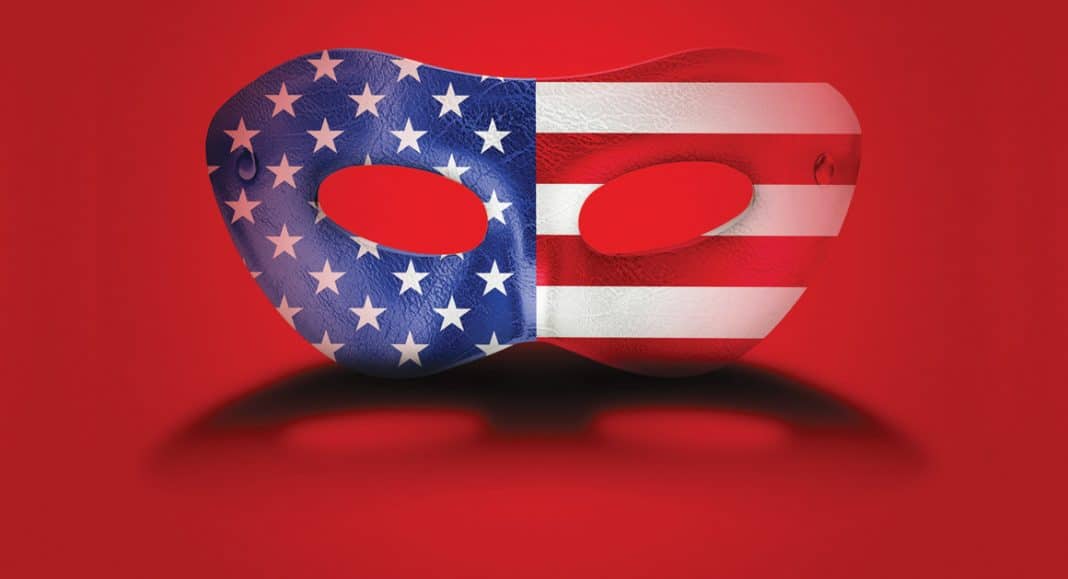 The US Deep State is not targeting President Donald Trump nor attempting to whip up war against Russia, rather it is trying to discredit alternative media analysts by identifying them with the so-called Russian subversion campaign against the United States, an American academic and political analyst says.

Dr. Kevin Barrett, the author of several books including Orlando False Flag: The Clash of Histories, made the remarks in an interview with Press TV on Thursday.

Dr. Paul, a three-time American presidential candidate and the founder of the Ron Paul Institute for Peace and Prosperity, made the comments, after thirteen Russians and three Russian companies were charged with conspiracy to interfere with the US election.

On February 16, Mueller, who is investigating the alleged Russian meddling, indicted 13 Russian nationals and three Russian entities accused of interfering in elections in the United States.

What is US Deep State?

“Ron Paul has just brought the Deep State into the national political conversation here in the United States once again. Of course, Trump and people around him have done that as well. This is a very, very interesting moment. Ron Paul is telling us that the recent indictment of Russians for supposedly manipulating the American election is actually a Deep State operation.”

“The Deep State in the US has been defined in different ways. Peter Dale Scott of the University of California, Berkeley, has called it the politically active rich, that is the people who have so much money that they are above the law.  The same way the mafia or criminal underworld is below the law, these people are above the law,” he said.

“So they rig elections. They assassinate presidents — JFK was a notable victim — and candidates — his brother Bobby Kennedy — and senators, US Senator Paul Wellstone. These people run the drug trade. The CIA dominates the world drug trade as professor Alfred McCoy of the University Wisconsin proved decades ago, and he is still writing about that,” he added.

“So the Deep State is essentially a kind of a criminal gang that works with the world’s wealthiest people, especially (those) here in the US, and runs the United States behind the scenes. We should also mention that they rig elections using computer election fraud,” Dr. Barrett said.

“Now Ron Paul is very aware of this. He was a victim of election fraud when he should have won the Republican Primary but it was stolen for Mitt Romney in 2012,” he added.

‘Independent analysts frozen out of US media’

“Russia Today and Sputnik and other Russian media operations in English that try to get their side of the story out to the American people rely heavily on American alternative analysts who are essentially truth-tellers, whose views of the world are far more sophisticated than anything you’ll find in the mainstream. But they cannot find an audience here in the United States, because they are frozen out of media, which is completely controlled by the Deep State,” the analyst said.

“Operation Mockingbird was the CIA program that controlled the media. William Colby, the former CIA director, said that the CIA owns everyone of any significance in the major media. I’m sorry that was William Casey. Colby said other things along the same lines,” he stated.

“The bottom line here is we have a very substantial and growing community of Red Pill Americans, that is the Americans who understand Deep State related issues,” he noted.

‘Red Pill versus the Blue Pill’

“And the real issue here is not the red states versus blue states. It’s the Red Pill versus the Blue Pill. In the movie, The Matrix, you take the Red Pill and you see the reality the way it really is, no matter how awful. And more and more people in the United States are waking up to that and are paying attention to the genuinely alternative media. Those people are the target of this operation by the Deep State,” the commentator said.

“The Deep State wants to convince ordinary Americans who are not paying attention, which is the majority, that in fact the Americans who have taken the Red Pill and see the reality of stolen elections, political assassinations, horrific imperialism, the murder of a million people, the truth about 9/11, all of these issues are just Russian bots, that it is all the fault of Russia that the people are waking up to see how corrupt the United States is,” he explained.

“So now they are trying to identify those of us in the alternative media with this kind of Russian subversion campaign. That is the real Deep State propaganda operation at work here,” he observed.

“It’s not really targeting Trump so much, and it’s not even really trying to whip up war against Russia although that’s part of it. It is really a panicky operation to try to shut down the alternative media here in the United States and to try to silence dissidents here in the United State by trying to equate us with some sort of Russian operation,” the academic concluded.