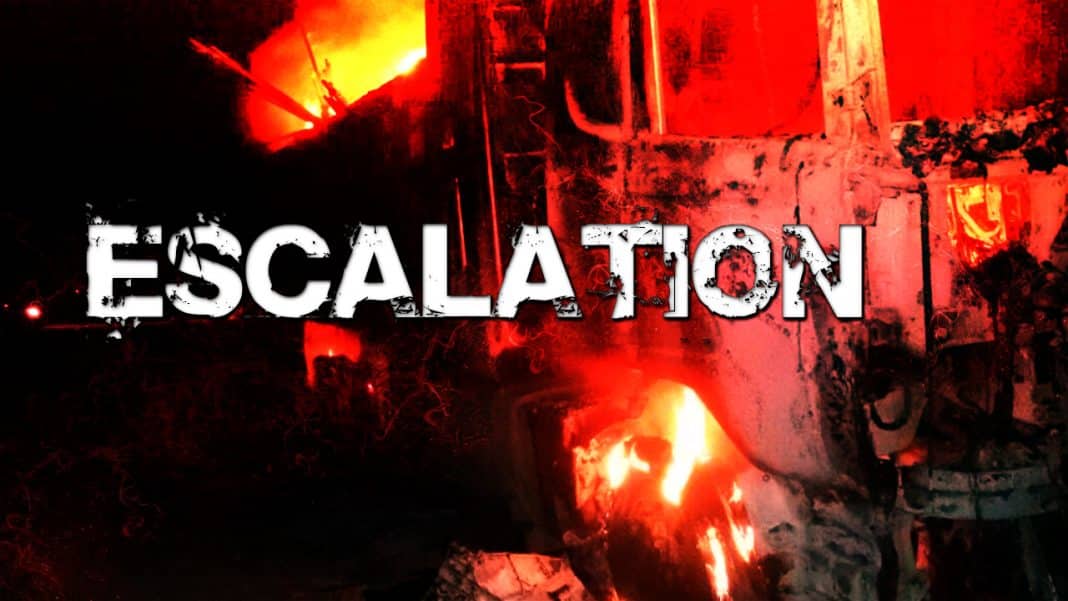 On February 22, units of the Syrian Arab Army (SAA) entered into and established a full control of the YPG-held neighborhoods of Aleppo city, according to pro-government sources. A representative of the Kurdish People’s Protection Units (YPG) confirmed the SAA deployment to the Kurdish HAWAR news agency. According to the released statement, YPG units from the city of Aleppo had moved to the Afrin area to combat Turkish forces. However, some sources say that some YPG units will remain in the neighborhood of Sheikh Maqsuud.

On the same day in the morning, a third group of pro-government fighters entered the Afrin area. In the evening, the Turkish Armed Forces (TAF) struck another convoy, which was entering Afrin. According to the Turkish General Staff, the TAF attacked a convoy of 30-40 vehicles belonging to the People’s Protection Units (YPG), the Democratic Union Party (PYD), the Kurdistan Workers’ Party (PKK) and even to ISIS.

The claim that the convoy was in any way belonging to ISIS is nonsense. However, claims about some ISIS presence is common to almost all TAF statements on its Operation Olive Branch.

Separately, Kurdish sources released info that it was an aid convoy, which had been about to enter the Afrin area through the Ziyarah crossing. Some sources say that an unknown number of pro-government fighters had been embedded with the convoy.

Meanwhile, the Russian state-run news agency Sputnik, citing a YPG security source, reported that the YPG is going to hand over the town of Tell Rifaat to the SAA under a deal allegedly reached by the sides over Afrin. However, this report has not been yet confirmed.

The TAF and its proxies from the Free Syrian Army have captured the villages of Rahmanli, Sari Ushagi, Kurke Jerin, Kurke Jorin, Ali Raju and Miqdad from the YPG in Afrin. So far, a limited implementation of the SAA-YPG deal has no effect on the Turkish actions in the area.

Hayat Tahrir al-Sham (formerly Jabhat al-Nusra) and the so-called Syrian Liberation Front (SLF), a coalition of Ahrar al-Sham and Nour al-Din al-Zenki, continued clashing with each other in what the mainstream media would call a democratic competition for southern Idlib and western Aleppo. Hayat Tahrir al-Sham militants have reportedly seized the villages of Kafr Nabl, Urum al-Jawz, Kafrshlaya and Kafrnaha. Meanwhile, the SLF has reported entered the villages of Ihsim, Iblin, Balyun, Bara, Jouzef, Marata, Arnaba, Ein Laruz, Mozra and Kansafra. Both sides claim that the so-called enemies of revolution have suffered major casualties.