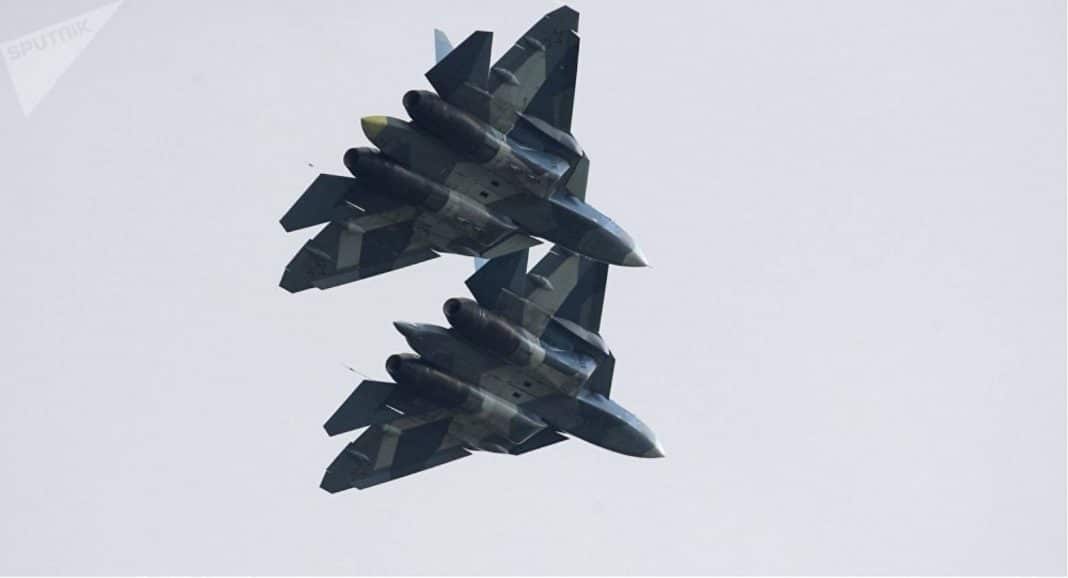 Russia’s Su-57 fifth-generation fighter jet is specifically designed for air superiority and attack roles. Two such planes were reportedly spotted in the skies above Syria earlier this week.

Earlier this week, Al Hussani reported about the deployment of the first two Su-57 fighters in Hmeymin, something that has yet to be confirmed by the Russian Defense Ministry.

And a photo for the RuAF A-50U #41 Red landing at the AB after a combat mission. pic.twitter.com/FIV8xcpeuJ

Russian lawmaker Vladimir Gutenov told Sputnik that while he could not independently confirm the Su-57s’ deployment to Syria, he “whole-heartedly welcomed” the reports.

READ MORE: Mission Possible: Here’s What Those Russian Su-57 Jets May Be Doing in Syria

According to him, the presence of the Su-57s will doubtlessly send a political message, serving as a deterrent “for aircraft from neighboring states which periodically fly into” Syrian airspace uninvited.

Designed for air superiority and attack roles, the Su-57 is fitted with a sophisticated avionics system capable of autonomous battlefield calculations, allowing it to assist the pilot.

Additionally, the plane is equipped with an active airborne phased array radar, which helps the Su-57 detect air, ground and naval targets at distances far beyond most modern systems.