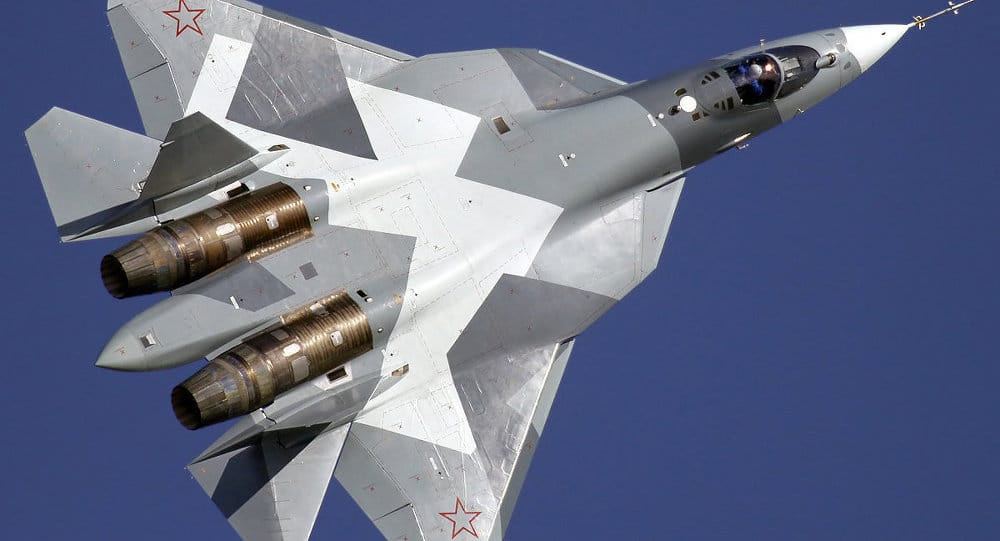 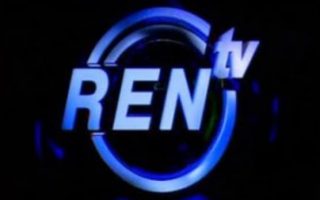 [ Editor’s Note: I was interviewed by REN TV, a Russian network yesterday. It is Russia’s largest private TV Network, has a 120 million viewers and widely watched by overseas Russians.

The call came out of the blue, and is often the case they had been following VT writing and our interviews for some time. I had also just done my first show with Nader in Iran, who has the highest rated TV show in Iran, dubbed into Farsi. Scott Bennett was the other guest.

The Russia, Iran and China bashing fest at the Munich Conference I feel was also part of the framing in their wanting to do a technical comparison show. Just today we learned there are now four SU-57s in Syria being “field tested”.

I think this had some connection with this show’s timing as well. The US has launched a threat campaign against Russian arms sales, with the Iraqis getting a not too veiled threat this week that buying the S-400 system from Russia would have consequences.

A comparative technical analysis of Russian and NATO – US militaries is a broad topic with opportunity for specific points to be made. The format is an hour long, taping multiple interviewees, and then edited into a final show that will air Sunday. We should have a YouTube link soon after.

I was able to weave some of the politics into my material, such as the hoax of the Russian threat being vastly overestimated to con the public into supporting deficit-funded military expansion “to keep us safe”.

We are hoping this topic is ongoing with them, as there is a constant flow of material which gets little coverage in the western pretend-a-media… Jim W. Dean ] 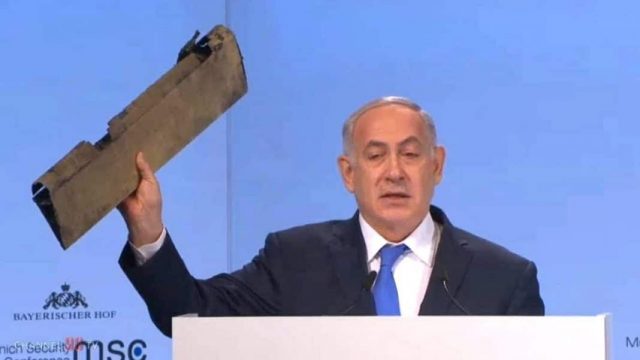 Arguably, over its 54 years of convening in Munich, the only time that the MSC became enlivened with a dose of geopolitical reality was when Russian President Vladimir Putin delivered a blistering landmark speech back in 2007.

Putin did not hold back any rhetorical punches then, propounding a withering criticism of Washington and its NATO allies for shattering international law and security through illegal military interventions around the world.

In the 11 years since Putin’s seminal address, the international disorder has vindicated the Russian leader’s prognosis. It has become even more frayed from US and NATO’s unbridled use of military force, overtly and covertly, to pursue regime change and other criminal intrigues.

If the Munich summit had any genuine objective concern about global security and conflicts then it would be airing criticism of how Washington and its allies are undermining the international order in numerous ways.

From their military forces illegally occupying Syrian territory and covertly colluding with terrorist proxies for regime change; to ratcheting up tensions for a nuclear war with North Korea while shamelessly undercutting diplomatic peace efforts for the Korean Peninsula by Moscow and Beijing; to the Trump administration’s provocative trashing of the 2015 international nuclear accord with Iran, while also fomenting aggressive moves by Israel and Saudi Arabia against Tehran.

Washington’s green light to supply lethal weapons to the reactionary Western-backed Kiev regime is recklessly stoking a new war in Europe. The recent arrival of NATO military trainers to consort with Kiev’s militias who openly espouse Neo-Nazi ideology is a harbinger of a new offensive on the ethnic Russian population of eastern Ukraine.

But none of these pressing security issues and grounds for vigorous condemnation of Washington and its NATO allies gained prominent discussion at the Munich conference. Of course, they wouldn’t because the event is dominated by pro-NATO auspices.

Days before the conference opened, the preliminary MSC 2018 report hinted at aberrations in US policy under Trump. Conference Chairman Wolfgang Ischinger warned in introductory remarks that “the world has gotten closer – much too close! – to the brink of a significant conflict.”

With somewhat surprising candor, the MSC preview document deprecated how the US under Trump was a “hostile revisionist power” attacking the “building blocks of international order.”

Ischinger went on to cite conflicts between the US and North Korea and NATO-Russian tensions, admonishing: “2018 promises to be a year where some of these crises might either move towards resolution or escalation – with potentially catastrophic consequences. We must do whatever we can to move away from the brink.”

However, moving away from the brink of conflict is precisely what the Munich conference did not do. Despite its claims to the contrary, the event is reprehensibly winding up tensions and war by lending credibility to Washington’s fatuous anti-Russia propaganda. By doing so, the MSC has forfeited any credibility it might have claimed to have as an international forum.

Rather than shedding critical light on how Washington and its NATO allies are destroying the international order and provoking confrontation, the MSC turned over its proceedings at the weekend to Russia-bashing based on hysterical Russophobia and hollow claims of Kremlin meddling.

What is deeply disturbing is that a supposedly multilateral forum of professional diplomats and security experts has become an appendage of rank anti-Russian propaganda, instead of facilitating an earnest effort to honestly and accurately address real security concerns.

American politicians and the so-called paper of record, the New York Times, are openly equating dubious allegations of Russian interference in American politics as “an act of war.” President Trump is being castigated for “not showing leadership to confront Russia.”

“Trump’s conspicuous silence leaves a struggle against Russia without a leader,”declared a NY Times front-page headline.

The hysterical headlong rush to incite war based on American propaganda is one thing. US political culture has become so wholly debased to the level of crass stupidity and prejudice one can expect nothing better.

But it is truly disturbing that the allegations against Russia are being amplified by European leaders and other international ‘experts’, at a time when these allegations are shown to be even more tenuous and untenable. Rather than focusing on real causes of war peril and “moving back from the brink” the Munich conference this weekend is pushing the world over the edge.