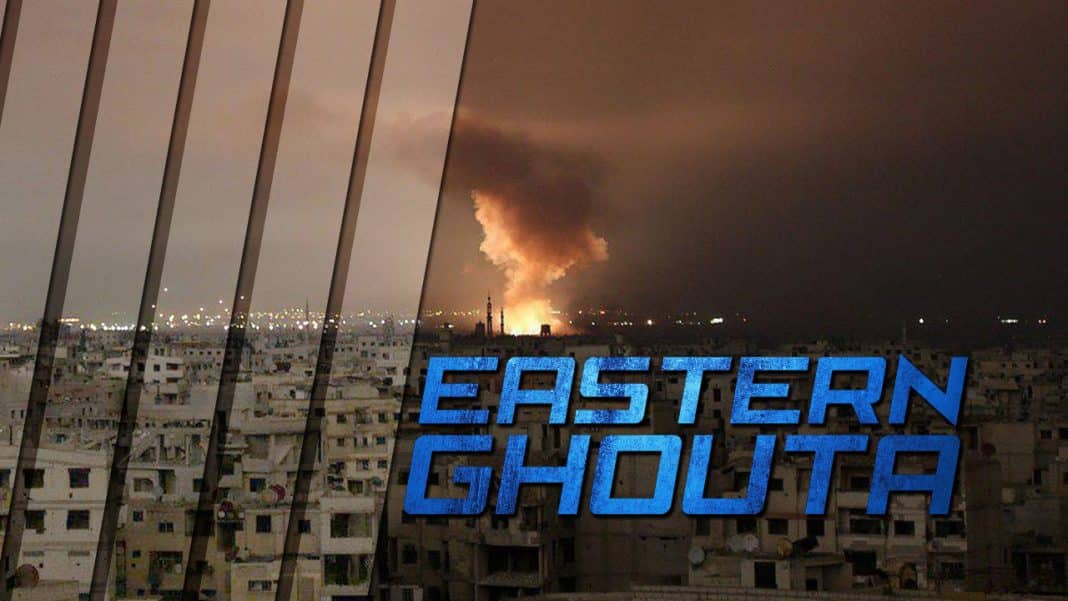 On February 25, the Syrian Arab Army (SAA) and its allies started a ground phase of their operation against militants in the Eastern Ghouta region, near Damascus. Since the start of the operation, government forces had liberated the locations of Nashabiyah, Hazrama, Tal Farzat and Salehiya and repelled an attack by Hayat Tahrir al-Sham (formerly Jabhat al-Nusra) in the northern part of the pocket.

Militants destroyed at least one armored bulldozer and claimed that they had killed 25 pro-government fighters in the recent clashes. Hayat Tahrir al-Sham, Ahrar al-Sham, Faylaq al-Rahman and Jaish al-Islam will be the main opponents of the SAA if it seeks to capture entire Eastern Ghouta.

On February 24, the UN Security Council passed a resolution seeking to establish a comprehensive ceasefire throughout Syria. However, the ceasefire excludes ISIS, Hayat Tahrir al-Sham and other terrorist groups. Despite this, the mainstream media has already started pushing an idea that the SAA’s operations against Hayat Tahrir al-Sham in Eastern Ghouta violate the resolution.

ISIS attacked positions of Hayat Tahrir al-Sham in the western part of the Yarmouk refugee camp in southern Damascus. The terrorist group will likely make an attempt to use the violence in the Damascus countryside to expand own influence in the area.

Meanwhile, in northern Syria, the Turkish Armed Forces (TAF) and the Free Syrian Army (FSA) captured over 8 locations expanding their control north and northwest of the city of Afrin.

According to pro-Turkish sources, the TAF and the FSA have recently neutralized over 50 members of the Kurdish People’s Protection Units (YPG). In turn, pro-Kurdish sources claimed that over 35 TAF soldiers and FSA members had been killed by the YPG.

A limited deployment of government forces in the Afrin area has not been able to stop the Turkish operation against the YPG. If Damascus and the YPG really want to limit the Turkish expansion in the area, they will have to reach a broad deal over Afrin.

On the other hand, Ankara describes the YPG as a terrorist group and claims that any side assisting it will become a target of the TAF.