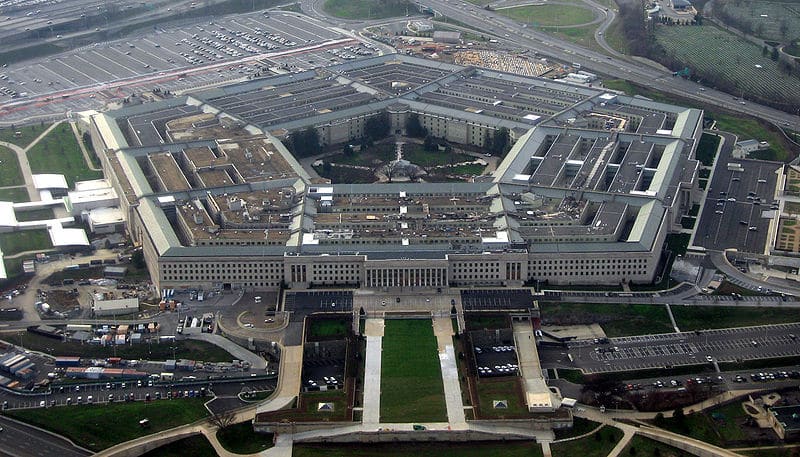 [ Editor’s Note: I would like to say, “You just can’t make this stuff up”, but apparently the Pentagon would laugh and the State Department might die of laughing. But all kudos for RT getting the admission out of them that they don’t have a shred of proof over the Syrian gas attack claims.

One of the sad reasons we have major government institutions lying through their teeth is that there is no penalty for doing so. There are no pickets at recruiting offices, the cancellation of top brass speeches, or even phone campaigns into the Pentagon.

Frankly, I don’t think they have much respect for us. Soldiers are taught to have professional respect for an adversary that will fight hard to defend itself.

I got this straight from Guadalcanal veteran documentary interviews. Even though the Marines hated them, they still gave them credit for their courageous charges. It ended up being a dumb tactic and was countered by lots of artillery and machine guns in the front lines.

I am at a loss as to what the possible breaking point could be for Americans to get fed up and make Pentagon PR fraud a major political issue.

Sure, I know they fear being tagged as un-American by being critics. My response to that would simply be to put that stink on them, that they are being un-American by lying to us over such an important topic, to the point where lyng has become routine.

Coming from an old military family, these Pentagon people are an embarrassment, frankly. They will get no applause from me, until they fight the good fight… Jim W. Dean ]

The Pentagon admits it used NGO reports on alleged recent chemical attacks in Syria and cannot confirm if they even took place. The lack of evidence, however, did not get in the way of the latest Russia blame game galore.

Russia was predictably the target of a barrage of accusations from the West after reports claimed that several people in the Damascus suburb of East Ghouta, which is controlled by militant groups, suffered symptoms consistent with exposure to chlorine gas on Sunday.

The western media immediately took the opportunity to put the blame for what it called a suspected “chemical weapons attack” on the Syrian government and Moscow, which has been backing Bashar Assad’s forces in their fight against terrorist groups.

Western officials were quick to accuse Damascus of being behind the incident. British Foreign Secretary Boris Johnson said that the West should not “stand idly by” if it is proven that the Syrian government launched this attack.

The reports conveniently arrived right after the UN Security Council adopted a resolution imposing a 30-day ceasefire in Syria. By sheer coincidence, it was supported by images from the White Helmets group, which has been plagued by allegations of having ties with terrorist groups.

On Tuesday, the US State Department bluntly accused Russia of “not supporting” the UN-backed ceasefire simply on the ground that it “continues to back” the Syrian government.

However, there was a slight problem in the US narrative when it came to actual facts. Responding to a comment request from RT, the Pentagon said it still has no verifiable evidence that a chemical attack actually took place in Ghouta.

“We are looking for evidence,” a Pentagon spokesperson said in a statement to RT while acknowledging that the information it has so far comes solely from “the groups on the ground,”including the notorious White Helmets. This did not stop Pentagon from adding the following:

“We cannot confirm specific numbers or incidents, but we can see Russia has failed to follow through on delivering regime compliance,”the statement said, adding a very convincing mention of “reports that brutal regime violence has continued.”

Such sweeping accusations seem to have become a new norm for the US officials. In late January, US State Secretary Rex Tillerson blamed Russia for basically all chemical incidents that took place in Syria over its support of the Syrian government, which Washington considers to be the sole side responsible for such incidents.

“Whoever conducted the attacks Russia ultimately bears responsibility for the victims in eastern Ghouta and countless other Syrians targeted with chemical weapons since Russia became involved in Syria,” Tillerson said at that time while he apparently did not admit so much as a thought that the perpetrator could be someone other than the Syrian President Assad.

At the same time, Washington seems to completely disregard the real violations committed by various militant groups in Syria.

Russia has repeatedly spoken out against blindly pinning all the blame for the alleged chemical incidents on Damascus, calling for proper international investigations of each case with actual evidence-gathering missions on the ground. Moscow also warned that the militants might be “preparing a provocation that will involve the use of chemical weapon,” citing intelligence gathered in Syria.