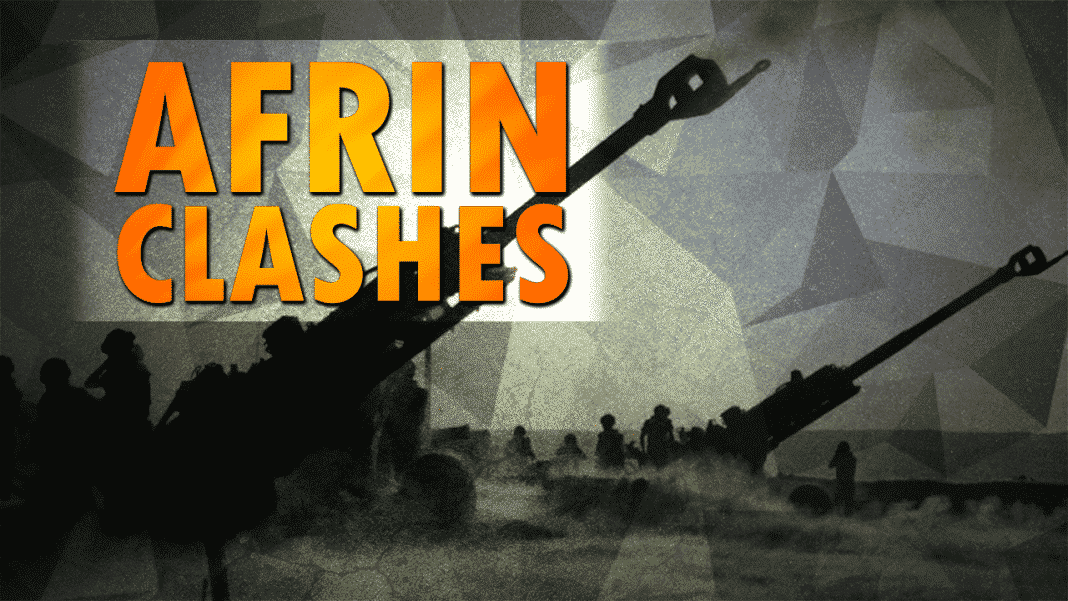 On February 26, The Turkish Armed Forces (TAF) and the Free Syrian Army linked the TAF-held area in western Aleppo and southwestern Afrin after they had captured the village of Anqalah and nearby points from the Kurdish YPG.

On the same day, the TAF’s general staff said that 2,059 so-called ‘terrorists’ had been neutralized in Operation Olive Branch.

Meanwhile, reports appeared that the YPG is ready to hand over the city of Manbij to the Syrian Arab Army (SAA) under a wide-ranging deal which would involve the Syrian-Iranian-Russian alliance in preventing further Turkish advances in Afrin. However, these reports are still unconfirmed.

The Tiger Forces, the Republican Guard and their allies opened a new front against Hayat Tahrir al-Sham and Ahrar al-Sham in Eastern Ghouta, attacking their positions northeast of the Armoured Vehicles Base. The main clashes in the area are taking place the Harasta and Dawahirah fronts.

A daily humanitarian pause from 09:00 to 14:00 (local time) started on February 27 in Eastern Ghouta near Damascus. The pause, announced by the Russian Defense Ministry on February 26, is intended to allow civilians to leave the areas where a fighting is ongoing.

However, Hayat Tahrir al-Sham and other militant groups, who all use civilians as human shields, have already started taking measures to prevent this.

Earlier, the White Helmets, an infamous pro-opposition Syrian ‘civil defense agency’, claimed that government forces had carried out a toxic gas attack on February 25 in the town of Al-Shifoniya in the Eastern Ghouta region, near the country’s capital of Damascus. It’s interesting to note that the claim came just few hours after the Russian Defense Ministry had warned that Eastern Ghouta militants were “preparing a provocation that will involve the use of chemical weapons.”

More claims about alleged chemical attacks and mass civilian casualties are expected to come as militant groups loose ground in the region. The goal of these claims will be to halt the SAA offensive or even to trigger US strikes on Syrian government forces.