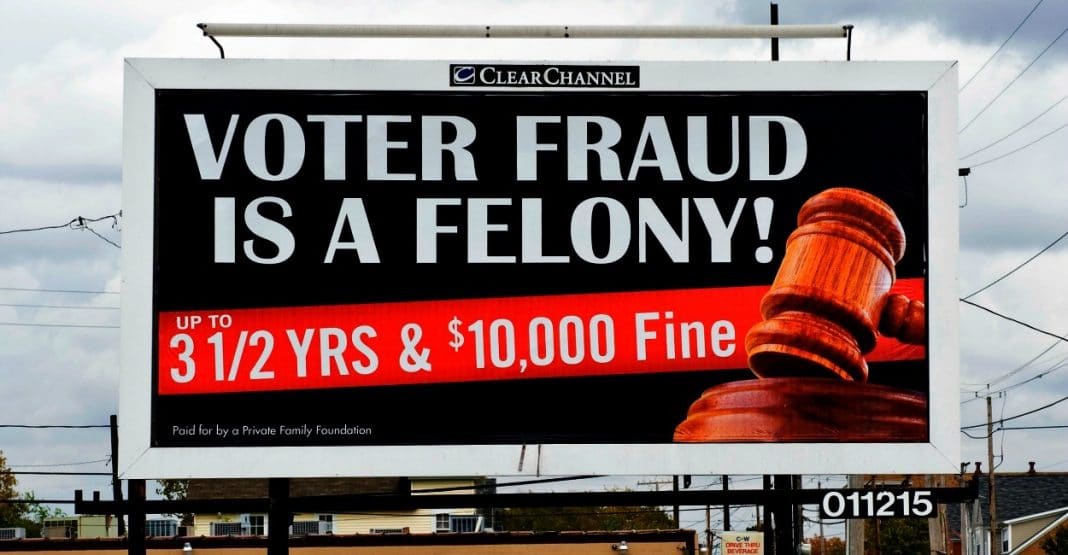 You just can’t make this stuff up

[ Editor’s Note: This could be just the tip of the iceberg, and a good example of a public interest group doing what it purports to do. Just think about all the well respected organizations you know of that claim to love America and want to serve and protect it.

How many have you ever heard of their sticking their noses into something like this? Has anyone ever heard of a half dozen or so of these groups pooling their resources to look into anything controversial like voter registration fraud and report not to Congress, but directly to the people?

Part of all big political scams is having the fix in to where if something bubbles up from the cesspool, all these organization will already know to keep out of it or suffer the consequences. Many are organized around getting particular legislation passed and are easy to compromise.

Here in Georgia our lieutenant governor who quarterbacks legislation, gave Delta the bad news that for dumping the NRA over the Florida shooting it could say goodbye to a $40 million sales tax reduction. That was their expected cut out of the Trump tax breaks that were not flowing down to the regular folks, as in lower ticker prices. Delta calls their move being “neutral”.

Please let us know if you all see any other similar voter fraud stories like this in other states, including anyone calling for them, so we can see if there will be a ripple effect. We can always hope, right? … Jim W. Dean ]

WASHINGTON- A computer glitch linking drivers’ licenses to voter registration in the US state of Pennsylvania has resulted in 100,000 non-US citizens being eligible to cast votes in national elections, according to a lawsuit filed by the Public Interest Legal Foundation (PILF).

“A core concern for the lawsuit stems from a report by City of Philadelphia Commissioner Al Schmidt to the Pennsylvania Assembly in 2017, which detailed how a DOS/PennDOT study of noncitizen driver’s license holders matched records belonging to roughly 100,000 current voters in the statewide registration database,” a press release announcing the lawsuit said on Monday.

The lawsuit is demanding access to the records from the Pennsylvania Department of State (DOS) and PennDOT (Department of Transportation) that were used in compiling the 2017 report, the release explained.

“For months, Pennsylvania bureaucrats have concealed facts about noncitizens registering and voting — that ends today,” PILF President and General Counsel Christian Adams said in the release. “Before this lawsuit, the State admitted to a ‘glitch’ that exposed thousands of driver’s license customers to voter registration offers despite their noncitizen status since the 1990s.”

The release made no attempt to estimate how many of the purported noncitizens actually cast ballots. The lawsuit was filed in the United States District Court for the Middle District of Pennsylvania, according to the release.