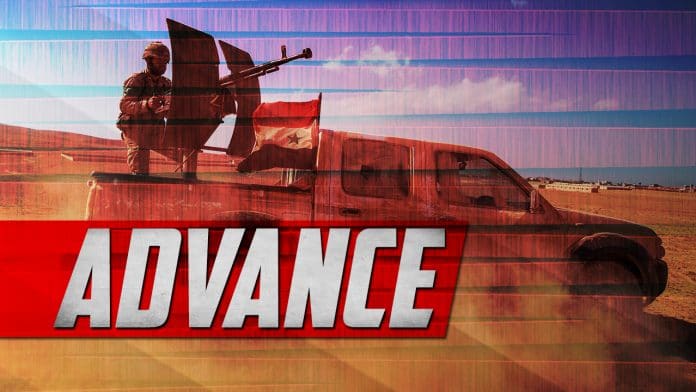 Afrin, Eastern Ghouta and the militant-held part of the province of Idlib remain the two key hot points in Syria.

In Eastern Ghouta, government forces have fully liberated the town of Hawsh al-Dawahirah and the al- Shaffoniya roundabout and the Al-Bashoura Air Defense Base from Jaish al-Islam. Intense fighting was also reported in the neighborhood of Harasta where army troops had advanced on positions of Ahrar al-Sham and Hayat Tahrir al-Sham (formerly Jabhat al-Nusra).

Meanwhile, militants continue to sabotage daily humanitarian pauses, which had started in the region on February 27. The so-called opposition prevents evacuation of civilians from the combat zone because this poses a threat to their ability to appeal to the so-called international community blaming Syria, Iran and Russia for civilian casualties.

In the province of Idlib, chaos is growing among various militant groups. Hayat Tahrir al-Sham (HTS) has attacked positions of the so-called Syrian Liberation Front (SLF), a coalition of Ahrar al-Sham and Nour al-Din al-Zenki, near the Atme border crossing and captured Kafr Sulin, Aqrabat, Deir Hassan and Salwah. According to the HTS media wing, the group has captured some SLF members there. Clashes between HTS and the SLF were also reported in al-Dana.

The violent competition for power in the shrinking militant-held area of Idlib continues.

In Afrin, the Turkish Armed Forces (TAF) and the Free Syrian Army (FSA) have captured the villages of Sinnarah and Anqalah from the Kurdish YPG. In turn, the YPG attacked Turkish forces near the villages of Raco and Jaro.

The TAF and the FSA are steadily gaining ground in Afrin using their advantage in military equipment and firepower.