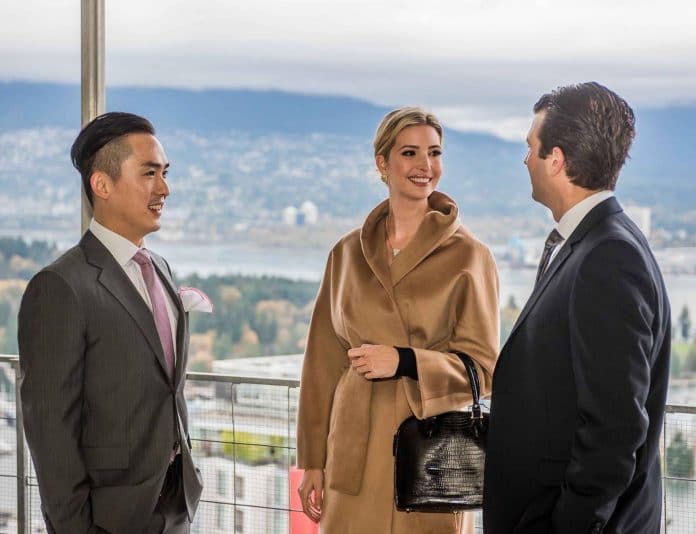 With Jared looting America’s secrets and peddling them in exchange for laundered cash to back the Kushner slumlord empire, as is alleged by many, how much danger has this poisonous duo sunk America into?  VT explores:

[ Editor’s note:  Behind the new direction of the Mueller inquiry that centers on not just the Kusher/Ivanka security clearance and “White House/Whore House” scandal, is something far more sinister.

Investigators are now piecing together a mosaic, tying Trump policies, sanctions, arms sales and “engineered” escalations of tensions to what is now the biggest international “protection racket” in history.

Trump is not just imposing sanctions, selling arms, cutting deals to fill Trump/Kushner coffers with payoffs laundered through cutouts from foreign governments, he is sending out the fleet, stationing advanced missile systems and wildly altering US policy in an utterly insane manner.

It isn’t just moving the Israeli capitol to occupied Jerusalem, a mandated “open city,” but Trump is also arming and backing Taiwan, staging incidents in the South China Sea and a dozen other places around the world.

The Trump move is tied to a scheme to raise money for Trump’s personal interests, with Ivanka, Jared and the misbegotten sons as “bag-men.”  We continue… Jim W. Dean ]

VT/Bogata Colombia: We have confirmed information that FBI counter intelligence officers have opened an active investigation into what they term as “allegations of broad corruption and threats to national security” involving Ivanka Trump.
–
The story begins with the Trump International Hotel and Tower in Vancouver where finance deals cut while Ivanka held an active TS/SC (highest) security clearance may have met with Chinese intelligence agents to aid in financing of the Trump/Kushner investments there.
It is alleged that Trump partner,, with shady ties to the Chinese ruling families of Malaysia, set up the arrangements through his company, Holborn Group, based in Canada.
The charges, if filed, will allege that Ivanka arranged for phony sales of condominiums in order to launder cash from Chinese sources that represent interests hostile to the United States.
There is evidence from NSA surveillance that China has actively courted both Jared and Ivanka in order to influence US policy in the South China Sea and relations with Taiwan.
Behind this project are a series of banks with long histories of money laundering and ties to organized crime, something Mueller’s teams are centering their inquiries on.