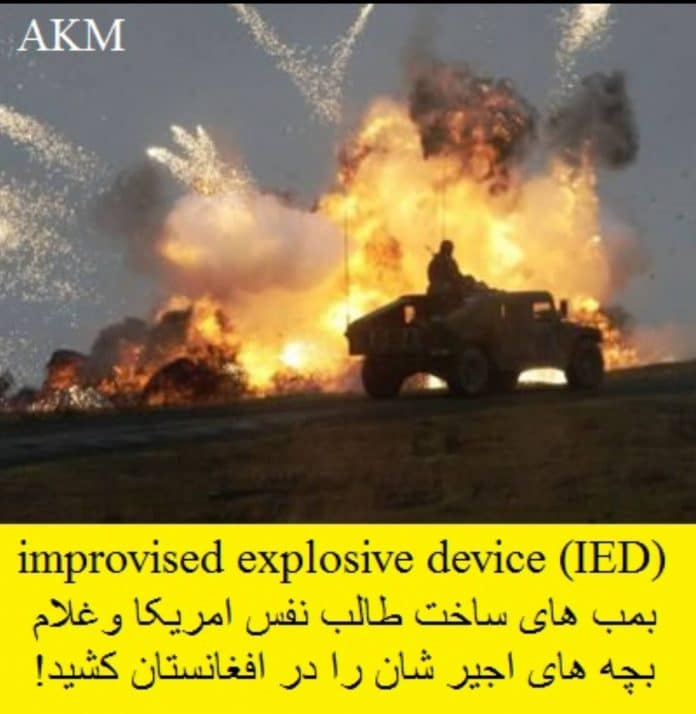 As history has shown, Afghan people cherish their freedom more than their lives. During the recent peace conference on February 28, 2018, the U.S. Department of State released a letter to the parties involved including the Afghan Freedom Fighters Villagers regarding the with preconditions for talks. I believe the current State Department does not know what they are doing – what diplomacy is.

The State Department only listens to the war profiteers such as Zalmay Khalilzdad, Ashraf Ghani Ahmadzai, Mohammad Humayun Qayoumi, Anwar ul-Haq Ahady, Yousef Pashtun to set their policy. These war profiteers are only concerned with their financial interests and not those interests of the American or Afghan people. The war profiteers, China and Russia are happy that we continue to make the same mistakes in Afghanistan.

For many years, I have seen the same strategy used by the U.S. government, which is a list of preconditions that the Afghan Freedom Fighters must accept before any peace talks are held. This strategy has been used by Israel for years with Palestinians and has not brought peace.

The U.S. administration guided by war profiteers has set preconditions, which it knows the Afghan freedom fighters and the Afghan majority will not accept and/or not be able to meet. The parties know that the Afghan Freedom Fighters will not come to the peace table with those same preconditions.

The Afghan freedom fighters do not want a repeat of the mistakes made during the 1980s. There needs to be initial talks without preconditions. That is the road to true peace. As I have offered many times, I can be the bridge. I only want peace not profit.

I strongly believe the intention of the U.S. administration is to establish a framework of preconditions or “hurdles” they know the Afghan freedom fighters will not or cannot jump over. The parties will then say we tried to establish peace through talks but the Afghan freedom fighters refused to participate and did not meet the preconditions for talks.

The U.S. wants an outer defense perimeter in Central Asia and to secure a new supply chain and control of Afghanistan’s minerals especially its Rare Earth Elements (REEs) which are vital to U.S. defense technology. The U.S. government cannot justify its long term presence to the U.S. people unless there is a continued Afghan resistance and instability.

To keep the Afghan resistance going, the U.S. needs to continue its divide and conquer tactics with Afghans fighting Afghans. Likewise, the U.S. installed Kabul Administration and all of the other war profiteers will not profit if there is peace and stability in Afghanistan.

In the 1980s, I fought the Soviets and the Afghan communists to stop their occupation and the spread of communism. Now, I see that communist China and Russia, with its KGB Putin, are gaining influence in Afghanistan, which greatly concerns me. They are our enemies.

I hate war. I know the suffering that war causes. It is time to end the cycle of war and suffering. It is time for sincere peace talks with the Afghan majority, the Afghan villagers, without preconditions. The U.S. needs to change its war strategy to a peace strategy. The U.S. needs to stop bombarding, terrorizing and massacring the Afghan villagers especially in the Pashtun areas rich with REEs.

Please allow the Afghan Americans, like myself, who are not war profiteers, to be the bridge. I believe the majority of Afghans do not want the U.S. government to  occupy and continue to interfere in and control Afghanistan only the war profiteers want it to continue. Also, I believe the majority of Americans do not want this longest and most expensive war and occupation to continue.

I strongly believe that the only route to peace is if the U.S. government holds direct, one- on -one talks with the Afghan Freedom Fighters. As I have informed the Department of State many times, I along with many other educated American Afghans, who are not war profiteers, are willing and able to be at the table to bring peace and reconciliation to honorably end this ugly and dirty war for both sides.