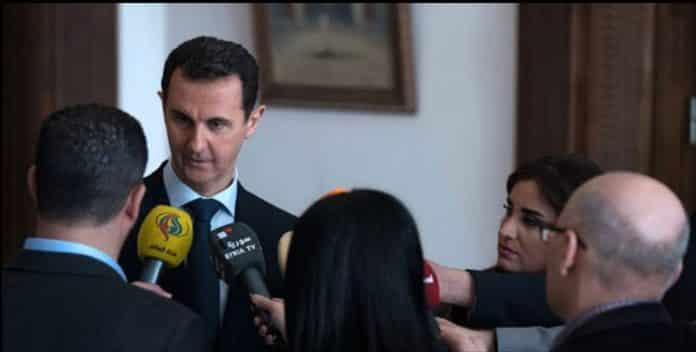 Putin takes the rampant bull by the horns

President Vladimir Putin is disgusted beyond endurance at US pathetic fallacy and deceptive gimmicks. The Russian President, who is fully aware of the “Deep state” designs, spoke unprecedentedly, during his annual speech to the nation, of the development of novel advanced missile systems and strategic weapons. This exposure was intended to attract the United to the negotiating table to debate the dangling issues on an equal-footing.

Similarly, Putin said “The west has not succeeded in holding Russia back. Now they need to take account of a new reality and understand that everything I have said today is not a bluff.” Putin’s remarks came shortly before the 18th March presidential election. 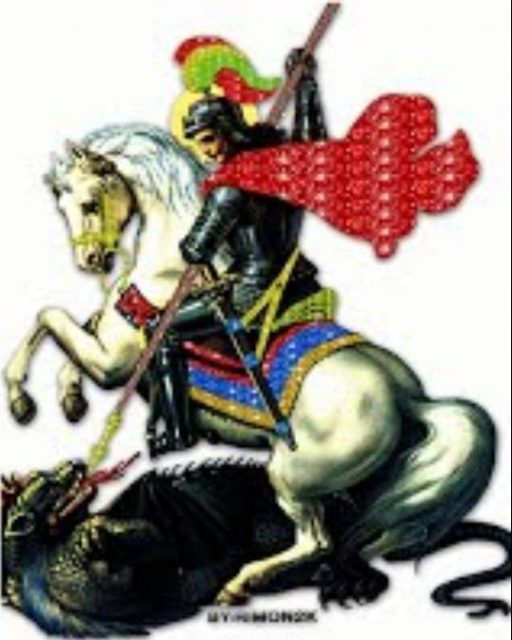 In a review of excessive force, Putin exposed that one nuclear missile can travel around the globe with unlimited range and entirely undetected by radar defense systems, indicating that the United States and its allies does not want to listen to any constructive dialogue on arms race restriction.  The video footage was projected behind him a conference hall.

Putin also warned that an attack on Russia or any of its allies would elicit an immediate response from Moscow, together with revealing the updated arsenal that included a new intercontinental ballistic missile, a small nuclear warhead that could be attached to cruise missiles, underwater nuclear drones, supersonic arms, and a laser weapon.

Observers sees Putin speech as “Saint George, or Saint the Baptist, floats over Damascus, and the great Caesar is the dragon’s assassin in a time of shame and destruction to salvage the world from the American Satan Horn.”

In this context, Syrian Parliament Member Dr. Nabil Toumeh said “The main ally has not changed, namely, the former Russian Federation, which remained a staunch supporter of Syria, until its disintegration, as a consequence of the perestroika that ended in 1991, and the comeback of the Russia, which the West wanted to be as lackey.”

“Russia rapidly regained its strength and pioneering role to uphold just causes In spite of its capitalist approach, by virtue of the end of the dialectical ideology that dominates its course. Hence, the continued constructive cooperation between Russia and Syria, has preserved the values of friendship, covenants, and charters. Russia is depicted as the sole savior of the world from the dark forces of evil and aggression.”

“Syria, which has exchanged loyalty with Russia, is moving aggressively to eradicate terrorism, aiming to undermine its existence and leadership.  Since the eighties of the last century, Syria has been calling on the United Nations and the Arab League to define terrorism, identify its sources, and chase its culprits. While the US-led coalition, which is capitalizing on this global phenomenon to destabilize other countries, is still maneuvering,” Dr. Toumeh added.

On his part, US former secretary of defense Chuck Hagel told the CNN that “the presence of 2,000 US troops in northern Syria will not solve the problem and the crisis that the country is going through, pointing out that the Syrian situation is similar to the situation in Afghanistan where there is no military solution to what is happening.”

“This region (the Middle East) is going through the biggest problems, with the biggest chaos in history, we have dysfunctional governments, and there are ineffective governments. How can we handle that?” Of course, 2,000 US troops in northern Syria will not solve the problem,” he said.

“Turkey exists in Syria, and all the players are there, and by returning to some of the strategic objectives and options that America can play in this file, we have to involve the great powers. This (the Syrian crisis) may continue for years and years, and by that time, there will be nothing Remained of Syria, today there is not much left in western Iraq,” Hagel added.

“Look at Libya and look at Yemen, is this what we want to reach, or should we be smarter and find other ways to deal with the issue? The involvement of the great powers with each other is not surrender, we are the strongest force on earth by all standards. To start the initiative, Trump should communicate with Putin and talk about these matters,” the seasoned politician remarked.

Kissinger expects a big showdown, so the global government will prevail

“The United States is bating China and Russia, and the final nail in the coffin will be Iran, which is, of course, the main target of Israel. We have allowed China to increase their military strength and Russia to recover from Sovietization, to give them a false sense of bravado, this will create an altogether faster demise for them. We’re like the sharp shooter daring the noob, to pick up the gun, and when they try, its bang bang. The coming war will be so severe that only one superpower can win, and that’s us folks. This is why the EU is in such a hurry to form a complete super-state because they know what is coming, and to survive, Europe will have to be one whole cohesive state. Their urgency tells me that they know full well that the big showdown is upon us. O how I have dreamed of this delightful moment,” Kissinger told daily squib.

Highly informed British sources said “Russia must step out of its hesitation to make crucial decisions. The Israeli lobbies are very robust inside the Russian Embellishment and deeply rooted in the main joints there, hence, they have leverage on decision-making mechanism. “

“President Putin must eradicate the profiteering corruption octopus which has a satanic alliance with the pervasive Israeli pressure groups,” the sources added.

The US is laying a bet on the implanted Israeli elements to disintegrate Russia, through causing political, economic, and social uproars, and simultaneously, it is using Ukraine as a backyard to keep the country in a state of instability. Will Putin make a new Perestroika? It remains to be seen.

Following talks with Iranian Foreign Minister’s Special Assistant for Political Affairs, Hussein Jabri Ansari, and the accompanying delegation, President Bashar Al Assad told reporters that the political and media campaign against Syria under humanitarian titles, aims at resurrecting terrorists after being subjected to successive strikes, referring to a Russian, Iranian and Turkish tripartite meeting to discuss the situation in Syria.

On the Eastern Ghouta truce, President al-Assad stressed that the majority of Eastern Ghouta inhabitants want to get out of the terrorists’ shadow into the lap of the State, so, the operation against terrorism will continue in parallel with opening a route for civilians to exit.

On the chemical weapons issue, Assad said “it is a mere extortion which is used as a pretext to direct strikes against the Syrian army.”

On Deir-ezzor and Raqqa massacres perpetrated by US-led coalition against civilians, President al-Assad stressed that the western coalition is simply ISIS air-force, regardless of its name, adding that this very coalition supports Al-Nusra, ISIS and other terror groups shamelessly.