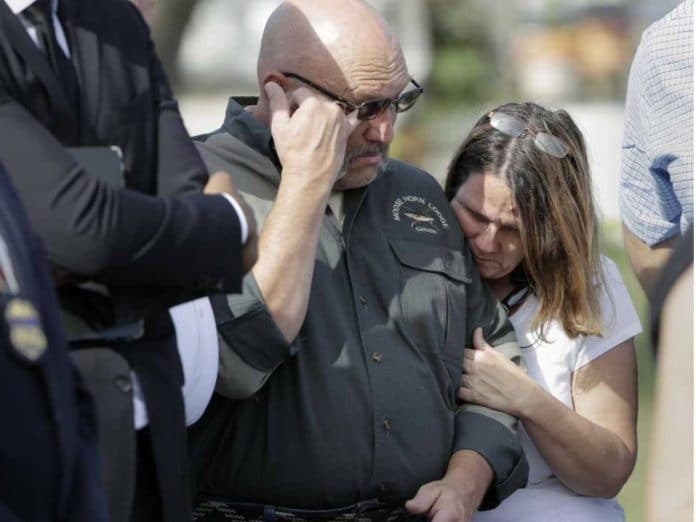 [ Editor’s note: When massacre’s like this one are quickly forgotten, seemingly purposefully pushed out of the public’s eye, we begin to ask ourselves, as we have over and over, what else in that day’s news needed covering up? Ah, but then that might make me a “conspiracy theorist.”g

Two more notes on conspiracies.  Jim Dean and I found software in our computers as did Preston James that edit’s in text errors in WordPress and Microsoft Word and other programs.  We traced this back to Google.

We also caught Google not only snagging credit card numbers but using fake Chrome based screens to get personal information and credit card 3 digit security code numbers by disguising themselves as online retailers.

The pair believe the church shooting was staged by accomplices of the government, though Pomeroy, whose 14-year-old daughter was killed there, knows better.

“He said, ‘Your daughter never even existed. Show me her birth certificate. Show me anything to say she was here,’” Pomeroy said. “I just told him there was enough evidence already visible, so if he chooses not to see that, how would I know he would believe anything else?”

Two conspiracy theorists who have pushed the idea that the mass shooting at Sutherland Springs on Nov. 5 didn’t happen were arrested Monday at First Baptist Church, the site of the massacre, after the church’s pastor accused them of repeatedly harassing the community.

The Wilson County Sheriff’s Office declined to provide charging information on Robert Ussery, 54, who founded conspiracy website Side Thorn, and his partner Jodi Mann, 56, who is referred to as “Conspiracy Granny” online. The booking process was not complete Monday evening and no information would be made available until Tuesday, a supervisor there said.

Ussery “continually yelled and screamed and hollered and told me he was gonna hang me from a tree, and pee on me while I’m hanging,” said Frank Pomeroy, the pastor.