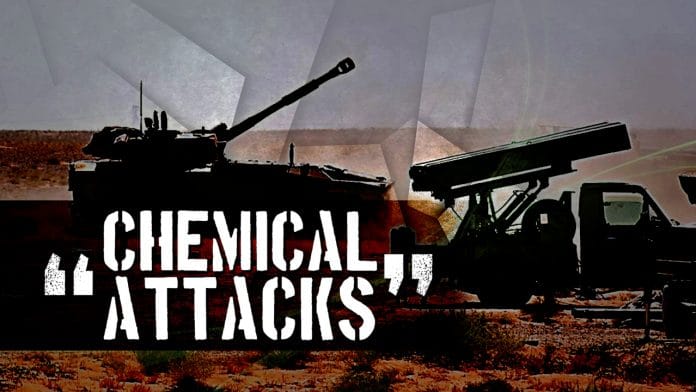 The administration of US President Donald Trump is once again considering new “military action” against the Syrian government, the Washington Post reported on March 5 citing unnamed officials.

On February 25, activists and media linked to militant groups operating in Eastern Ghouta claimed that Damascus had used chlorine gas in the militant-held area. These reports allegedly triggered the White House to consider new military action in Syria. Nonetheless, it should be noted that the Pentagon denied that such a meeting had taken place.

By March 7, SAA troops had liberated a large area, including farms near the towns of Misraba and Beit Sawa. The town of Hammouriyah had reportedly surrendered to the SAA and government troops had started entering it. The town of Rayhan, which had been a key militant stronghold in the northeastern part of the pocket, had also been liberated by the SAA.

The militants’ defense is rapidly collapsing. Hayat Tahrir al-Sham (HTS) and its counterparts can only be be rescued by some stroke of luck. For example, US missile strikes on Damascus triggered by alleged chemical attacks by the SAA. HTS-linked media are doing all they can to achieve this goal.

On March 6, the Russian Ministry of Defense offered militants a safe passage out of the besieged area via an open corridor.

“The Russian Reconciliation Center guarantees the immunity of all rebel fighters who take the decision to leave Eastern Ghouta with personal weapons and together with their families,” the ministry said adding that vehicles would “be provided, and the entire route will be guarded.”

However, a spokesman for Faylaq al-Rahman publicly rejected the proposal saying that Aleppo will not be repeated. Militants still prevent locals from using the safe corridor to leave the besieged area.

According to Major-General Yuri Yevtushenko, Head of the Russian Center for Reconciliation of the Warring Parties, by March 6 only 17 people had managed to leave Eastern Ghouta via the Al-Wafideen humanitarian corridor.

On the same day, an An-26 military transport plane crashed near the Russian Hmeimim airbase. According to the defense ministry, 39 people died in the crash. Six crew members and 33 people were on board, all of them military personnel. The incident could have been caused by a technical malfunction.

In the area of Afrin, the Turkish Army and the Free Syrian Army captured 7 villages, including Tall Hamu, Shirkan, Metinli and Qatma, from the Kurdish People’s Protection Units (YPG). Considering the recent advances, Turkish forces are now attempting to isolate the YPG-held city of Afrin from the northeastern and western directions.