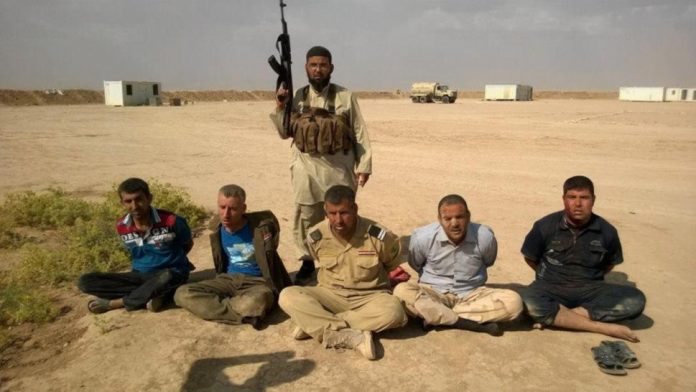 [ Editor’s Note: It has been a busy week for us with Iranian print media. Two more projects are in the hopper after this one, and today is the dead line for Gordon and I to finish a UN conference video presentation in Geneva tomorrow on child victims of terrorism. This is the third year they have asked VT to participate.

This topic for the Iran Republic News Agency I think was chosen to counter all the endless threat propaganda against Iran from the West, with Israel leading the charge by claiming Iran represents the major terror threat to the region, a case of the pot calling the kettle black.

This is Bibi’s payback for Iran helping Syria defeat the US coalition proxy terror war,a a defeat we hope is not morphed into a new form of attack besides the current propaganda war.

What the US coalition is really angry about is how effective Iran’s help was with a surprisingly small footprint inside the country, and at a modest cost compared to the confession the ex-Qatari Prime Minister gave on a Charley Rose TV show that $132 billion had been spent by the US coalition to take over Syria, a violation of a list of international laws, let alone the UN charter.

Iran demonstrated its precision its medium range missile technology during the Syrian war just enough to show their accuracy. As is usually the case, anyone who demonstrates a credible defense against Western aggression is immediately labeled a sponsor of terrorism, even by someone that is a real sponsor of terror.

I just can’t get over how the real terrorist lobby gang can think we don’t really know who they are. They can hardly hide what they have done, and no one in the region can match that $132 billion dollar prize that Uncle Sam’s team captured. Many would deem that the Gold Medal for terrorism.

NATO should be ashamed of its role and there has been way too little protest over its abuse by Europeans. The citizens of any of the countries who participated in this crime against humanity, who think they are really living in a democracy, are living in an alternate universe. The world public itself seems to hiding from facing up to this cruel reality.

Truth does not need a bodyguard of lies to protect it, while lies require armies. The longer this continue to go on, the more it defines us as to who we really are …Jim W. Dean ] 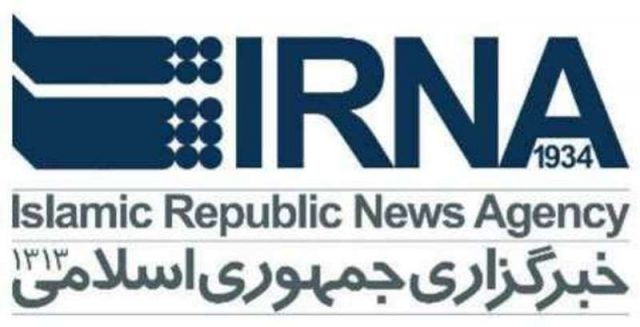 Although some of the material below is in quotes, most all of it is my response to their written questions. We like this format as we have more time to work on it versus a short notice news segment where sometimes all you know is the topic… JD

“Iran and Hezbollah support in Syria’s anti-terrorism campaign was critical in not only backing up the ‎badly battered Syrian army by boosting its fighting capability when much of the officer corps had ‎defected, bought off really by the Saudis,” Dean said Sunday in an exclusive interview with the Islamic Republic News Agency (IRNA) answering a question on Iranian Revolution Guards Corps (IRGC) assisting the Iraqi and Syrian ‎governments to fight ISIS.

“The Iranians played a key role in helping to organize the various Syrian anti-terrorist groups. The local ones were then able ‎to take over local security in areas that had been cleared of jihadists, so the army combat power was not ‎diluted by endless garrison duty. This had also exposed the SAA to endless resupply convoy IED ‎ambushes and having small garrisons wiped out,” he said.‎

He went on to say that the Russians were upgrading and replacing the older Syrian weapons, plus providing the needed ‎technical maintenance training. And even the Syrian officers, old and new, went through combined ‎operations training for close coordination between the various intelligence branches, cyber warfare, ‎drones, and even increasing Special Forces strength.‎

“Iran’s anti-terrorism partners helped the Syrian Army build its pride back up after so many defeats. ‎

But in the end, without the Russians coming in with their additional air power, the jihadist might have ‎been marching into Damascus. Veterans Today had our last team there in September of 2015. It was a ‎nervous time for the Syrian command.” ‎

“They could not tell us about the pending Russian mission but did share the order of battle for the ISIS ‎command structure, which showed they had excellent on the ground situational Intelligence. All they ‎lacked was the firepower to go on the offensive with a full spectrum plan, which we see was a brilliant ‎success.” He added.

This set the example for how resist what is really a Western War of Terror on everyone that will not ‎submit to the Unipolar Power pirates. Only a strong, well-coordinated real counter-terrorism coalition ‎can defend itself, by forming in effect a mini anti-terrorism version of NATO, where an attack on one is ‎an attack on all.‎

“No one expected a turnaround of events like we have seen in Syria, a bitter defeat for the US, Israel ‎and the (Persian) Gulf State autocracies. And hence, we see the US coalition trying to steal the victory away with ‎its continual mission creep to justify remaining in Syria with the Kurds as its permanent proxy forces.‎’

Elaborating on US approach to increase military presence in Afghanistan instead of regional cooperation to address security challenges in the country, he said, “Diplomacy is a path toward a solution, which would lead to eventual pressure for a US troop ‎withdrawal, which it does not want. It prefers to keep its bases in Afghanistan to be closer to both ‎Iran, Russia and China.” ‎

“When the US went in to Afghanistan, it had an estimated 1000 al-Qaeda member there. The Taliban ‎and the resurgence of ISIS there now number many more. Despite 16 years of war and the usual ‎corrupt government in Kabul, the US continues to push for a military victory, when everyone else ‎agrees that it is not feasible, but will only mire the country in continued war

Trump is following the fools before him in thinking that airpower can defeat an adversary in a ‎landscape like Afghanistan. He is even using B-52’s to bomb now, which has become a big recruiting ‎tool for the opposition, as the attacks always kill a lot of civilians, he reiterated.

“At the end of the day Afghanistan is just part of the forward deployment of US military power toward ‎Russia and China, where yet, offensive and defensive anti-missile systems and the new offensive ‎nuclear weapons will be deployed. How many Afghans suffer and die is of no concern to the US ‎imperialists,” he said.‎

Elsewhere in his remarks, he referred to US-Saudi partnership in ‎the context of the US counter-terrorism policies saying,

“This was a marriage made in hell. US military power hooked up with the richest Arab country and ‎biggest buyer of American weapons.

It included a Muslim religious smokescreen to cover the ‎Wahhabi extremism that it had earlier exploited with the Mujahedin in the Soviet Afghan War, where ‎they even had huge numbers of children in the madrassas being mind-control trained as future ‎cannon fodder fighters in that war.‎’

As we have editorialized at Veterans Today, the War on Terror became a War of Terror, yet our own ‎supposedly free media ignored the obvious and abandoned their sacred duty to keep the public ‎informed about what its government was really doing.‎

Even when the former Qatari prime minister Sheikh Hamad bin Jassim bin Jaber al-Thani stated on the ‎well-known Charlie Rose TV show, that the US Coalition had spent $132 billion trying to takeover Syria, ‎the admission was ignored by the rest of Western media. ‎

Despite being in the post-Cold War era, we find ourselves in the middle of “might makes right” US ‎foreign policy, where it simply states that a targeted country is a threat, where the US then gives itself ‎the right to do whatever it wants under the guise of defense when it is really wanton aggression.‎

This corrupt foreign policy has managed to convert our all-volunteer military force into what many, ‎including former military people and families, consider a mercenary force for US multinational ‎corporations.

This is one sad day for America; and we see too little domestic resistance to this sad state ‎of affairs. War propaganda is winning the day, and we fear for the future.‎