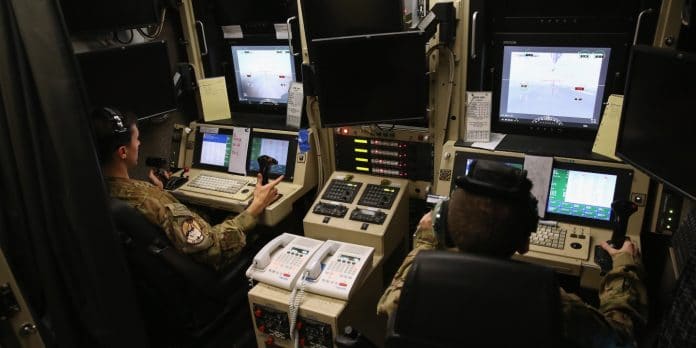 Lee Fang for the Intercept
–
Editor’s note:  VT has been at war with Google and its AI for some time, not for targeting “ISIS,” but rather for their work in supporting ISIS inside Syria and Iraq.

Google, by our estimation, both founded and runs ISIS and al Qaeda, on behalf of, well, when you have an AI, no real human is in charge at all, just lots of dead kids.

Google is suspected in not only the killing of investigative journalist Serena Shimm, over sarin gas attacks in Syria but in involvement in planning these attacks and in a significant role  in the testing of biological weapons in the Republic of Georgia and the Russian Federation.

As Jim W. Dean so often says, “You just can’t make this stuff up.”  The truth is so far beyond any conspiracy theory as to stagger the imagination… Gordon

GOOGLE HAS QUIETLY secured a contract to work on the Defense Department’s new algorithmic warfare initiative, providing assistance with a pilot project to apply its artificial intelligence solutions to drone targeting.

The military contract with Google is routed through a Northern Virginia technology staffing company called ECS Federal, obscuring the relationship from the public.

The contract, first reported Tuesday by Gizmodo, is part of a rapid push by the Pentagon to deploy state-of-the-art artificial intelligence technology to improve combat performance.

Google, which has made strides in applying its proprietary deep learning tools to improve language translation, and vision recognition, has a cross-team collaboration within the company to work on the AI drone project.

The team, The Intercept has learned, is working to develop deep learning technology to help drone analysts interpret the vast image data vacuumed up from the military’s fleet of 1,100 drones to better target bombing strikes against the Islamic State.

The race to adopt cutting-edge AI technology was announced in April 2017 by then-Deputy Defense Secretary Robert Work, who unveiled an ambitious plan called the Algorithmic Warfare Cross-Functional Team, code-named Project Maven. The initiative, Work wrote in an agency-wide memo, is designed to “accelerate DoD’s integration of big data and machine learning” and “turn the enormous volume of data available to DoD into actionable intelligence and insights at speed.”