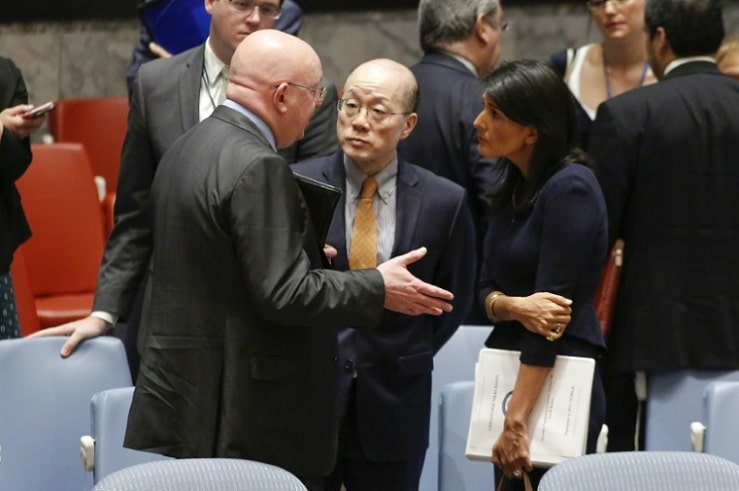 [ Editor’s Note: This story is what I call an “alternate universe” one, because of the continuing Saudi claims that Iran is keeping the Yemen war going by supporting Yemen “selling” weapons to the Houthis.

We are years into the Yemen War, and neither the Saudis, nor the US, nor any independent parties have revealed to us how Iran is shipping arms into Yemen while it is under a full blockade, where even critical medicines and fuel cannot get in. So someone needs to riddle me that.

The Saudis of course are throwing this out as cover for why they have not been able to defeat the poorest Arab country in the world with not only the massive amount of armaments they have, but the US and British military helping them with targeting in their air campaign, which makes all three countries complicit in crimes against humanity.

The record of the Saudi Coalition targeting Yemen infrastructure, such as the water supply to bring on civilian suffering like cholera, has been laid bare for all to see.

Added to that is a list of ceasefires so long no one can count them, that were violated the first day by continued Saudi, US and British bombing.

Mr. Sheikh makes a good point about the economic interests that Russia has with the anti-Iran Gulf State countries, with major arms sales and a multi-billion dollar investment in Saudi Arabia’s selling shares in ARAMCO.

Despite all that, Moscow is not going to buy into the fairy tale that Iran is the terror threat to the region, when it has fought the good fight against the US-coalition terror threat, which it has laid bare itself. The Saudi Kingdom “has no clothes” … Jim W. Dean ] 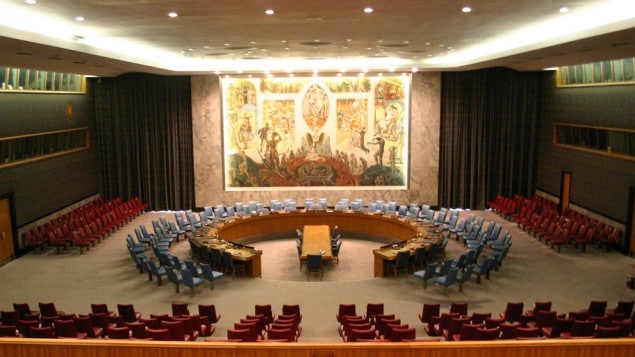 In making a very significant move, Russia vetoed on last Monday a British-drafted US-led resolution on Yemen that had been designed to project Iran as a financer of ‘terrorism’ in the country that has been largely best by the invasion of Saudi led Arab coalition.

While this is certainly not the first time Russia has vetoed the US, a Russian veto on a country and a conflict wherein it isn’t directly involved does mark an unprecedented action, significance of which cannot be denied.

On the other hand, its significance increases manifold when we take into account not only the current tension between the US and Russia but also the fact that this move is yet another illustration of a sustained Russian policy to challenge the US-dominated global politics and prevent it from making arbitrary moves, moving countries and regimes like chessboard pawns.

Therefore, when seen as an extension of Russia’s Syria policy, where the former has clearly off-set the US objectives and thwarted its ‘regime change’ policy, this move seems to be yet another message to the US and its allies in Europe and elsewhere that they cannot unilaterally dominate and dictate the global system and that Russia will oppose the US hegemony not just because it is allied with Iran but also because it sees this opposition a matter of principle.

The US couldn’t have seen this move but as a threat to their interests, and has accordingly ‘warned’ of using other means to prevent what its officials have repeatedly called ‘Iran’s destabilizing role’ in the region. While the US officials said that Russia was “protecting” Iran, the irony of the matter is that Russia hasn’t been involved in the Yemen conflict ever since its beginning in 2015.

On the contrary, it is the US that has been directly involved in the conflict, providing weapons worth billions of dollars to the coalition countries and identifying for them targets to hit indiscriminately using their superior air power.

Ironically enough, while the US Trump administration is now accusing Iran of violating sanctions imposed on Yemen and of providing them with missiles, the Obama administration didn’t believe that the Houthis were Iran’s ‘puppets’ or that there was any ideological alliance between the two.

In this context, this resolution didn’t have anything substantial and credible other than that it was simply an extension of the Trump administration’s hostile Iran policy, evident from scrapping the nuclear deal, imposing more sanctions, rolling back Iran’s missile capability and pushing back at Iran’s surge as a regional power.

As such, in a clear rebuff to the US, Russia’s foreign minister Lavrov said that “it is [first] necessary to fully implement the Joint Comprehensive Plan of Action. If there is a desire to discuss some other issues concerning Iran [Yemen] in this format or in another format, this should be done with Iran’s voluntary participation and on the basis of consensus rather than through ultimatums” [or sanctions].

What it evidently signifies is that Russia is backing Iran not just in Syria but in other strategic and diplomatic theatres as well.

Whereas the veto illustrates this backing in Yemen, Lavrov’s statement marks other areas as well as an entirely different approach from that of the US and its allies—pointers of Russia’s march as global power, capable of exerting influence, also evident from the fact that Russia’s alternative resolution, which didn’t mention Iran, was passed unanimously by the Council.

The anger against Russia is, therefore, extreme, ranging from leveling accusations of “protecting Iran” to calling it one of the biggest threats to the US and its allies’ interests in the region.

Thus, while Saudi Arabia’s foreign minister had tried to convince his Russian counterpart just hours before the vote to support the resolution, the outcome of the vote led the Saudi owned newspaper Al-Arabiya to state in one of its pieces that:

Russia has such a strong bias towards Iran that it threatens the security of all the Gulf countries, despite apparent closeness between Gulf and Russia and the series of meetings held between the two sides.

However, everyone knows that Iran is fighting us through its proxies, by continuously supplying weapons (especially those made in Russia or Iran) to its agents in Yemen. This means that the war will have no end.

It further stated that:

Russia now stands completely against our interests and our security. We should ask Russia to clarify its position towards us. It sells weapons to us even as it sells weapons through Iran to militias that threaten us.

Then it torpedoes a move to prevent it from selling the weapons that threaten us, as if it seeks to benefit at the expense of our security! This is the rationale of a war trader and not of a state that builds international relations on a sound and sustainable premise.

Whereas the list of such accusations is endless, what it ironically proves is that Russia-Iran relations have travelled far beyond the tactical stage of calculated military cooperation, and that Iran’s growing influence doesn’t threaten Russian interests in the Middle East.

What is also evident here is, much to the West’s disappointment, that both countries are increasingly locking themselves into a carefully built alliance to counter-balance the US-Saudi hegemonic pursuit, a pursuit that continues to glimpse every now and then a possibility of direct war between Iran and its regional and extra-regional rivals.

Russia, as it stands, is positioning itself as the new balancer in the region—something that comes as a replacement for the US, and which is nothing short of a very serious challenge.