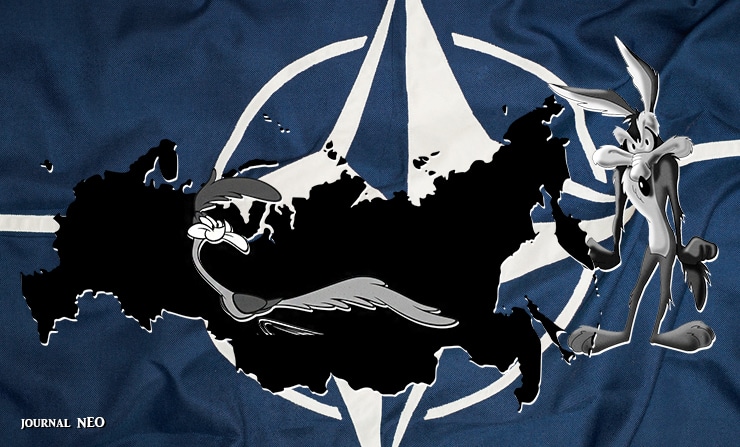 [ Editor’s Note: Mr. Butler gives us his thoughts on the weapons part of Putin’s speech to Parliament. We had expected at VT that some of these systems had already been operational like the nuclear torpedoes, but seems to have had a source to confirm.

Remember the reporting of the allegedly “mistakenly leaked” photo of the full schematics of one nuclear torpedo that did make the news? We certainly felt  at VT that Moscow was letting that so the Navy knows why the Russians were not going to try to out build the US Navy.

It is always cheaper to put a limited budget into game changeing technological breakthroughs, which we knew the Russians were doing as mutually assured destruction has always been the best defense. It world for 50 years.

While we bankrupted the Soviet Union with our make believe Star Wars feint, the shoe is somewhat on the other foot in terms of who has spent themselves into massive debt only to find themselves facing mutually assured destruction again.

One would have to ask who was it in American that really benefited from those billions going down the rat hole. VT readers all know who.

Missing from Putin’s speech, and understandably, was not a word about Russian electronic warfare breakthroughs. I think it would be a good idea to assume they have been just as game changing as the USS Donald Cook found out in the Black Sea.

An unarmed Russian fighter bombed took out all of its electronics and made a half dozen bombing runs over it before flying home. When that was blacked out of corporate news coverage, that confirmed it was true, and America got lied to once again.

But we have to assume, and Russia should, that some of these massive cost overruns might be a way of funding black projects on weapons research that is not made public, the big surprise kind. At the end of the day we might just all be playing dead man’s poker, a new version where everybody dies… Jim W. Dean]

US President Donald Trump may soon have more to worry about than RussiaGate. If the American people ever get wind of the fact they’ve bought and paid for trillions and trillions in useless weapons systems, there will be hell to pay. Washington had better prepare to “embrace” the fact that Putin’s missile is truly bigger.

My last report on Russian President Vladimir Putin’s brandishing unstoppable world order killer weapons was, many said, spot on analysis of the real situation in Putin’s Kremlin. But a friend who works with the Russian Academy of Science clued me to something as important as Russia standing down the U.S. backed liberal order.

Apparently, those in the know at the Kremlin have had this nuclear ace up their sleeve for years now. According to my sources, the wily Russkies have been mightily entertained watching and waiting for the moment Mr. Putin unleashed.

To break it down, the Putin team sees the new American weapons race as a kind of “hegemony inspired perestroika” for the Americans. In what several of my colleagues in Moscow have described as payback for the Americans giving the Soviet Union its own “Vietnam” during the Carter administration, now Donald Trump gets to preside over a restructuring (perestroika) like Mikhail Gorbachev did back in the 1980s.

For those who are unfamiliar, the process of implementing perestroika inflamed already acute political, social, and economic tensions within the various Soviet republics. Most experts agree, it was Gorbachev’s glasnost that paved the way for the collapse of the Soviet Union.

Understanding this, I can only envision my home state of South Carolina succeeding from the union again, only this time followed by 49 other states. Whatever the current globalist fiasco turns into, it’s certain Putin has shoved a great big pointy rocket right into where it hurts Washington most. Let me frame the picture for you.

Putin announces Russia has weapons that are either unstoppable, or which render United States and NATO countermeasures useless. Let’s think about this for a minute. If Putin’s Russia only has one such weapon operational, decades of U.S. developments and deployments may as well be headed for the junkyard.

Let’s take the most obvious waste of American taxpayer money, the ludicrously expensive F-35 Lightning. Plagued by problems and cost overruns, and at best no improvement over other older aircraft, the Lockheed Martin Corp.’s F-35 has not even undergone combat testing after 16 years of development. I defer to a Bloomberg report from January detailing how pitiful this system is. Author Anthony Capaccio points out:

Pentagon officials including Deputy Defense Secretary Patrick Shanahan and chief weapons buyer Ellen Lord have highlighted the need to reduce the F-35’s $406.5 billion projected acquisition cost and its estimated $1.2 trillion price tag for long-term operations and support through 2070. Still, the Defense Department is moving to accelerate contracting and production for the fighter despite the persistence of technical and reliability issues disclosed in the current phase of development testing.

Even if this F-35 were to command the skies of the world, guess what? The American people will have paid for an aircraft that has no meaning. If Putin is set to eradicate the globalist elite with unstoppable nuclear weapons the instant NATO jets fly over the Russia steppes, what the hell good is a 1.2 trillion dollars’ worth of aircraft aluminum and carbon fiber?

Let’s face it, America has no legitimate enemy set to fly over North America dropping bombs, so what good is a fighter bomber anyhow? Even for flying air cover for, ISIS for instance, such airplanes are a waste of money when missiles will do. But let’s move on, Trump’s Lockheed Martin burden is enough already.

Right here seems the appropriate spot to point out the last three U.S. administrations have been made utter fools by Putin. The Russian leader’s revelation Russian rocket scientists have been successful over the short haul, where Pentagon has wasted unending trillions – well, this will end up being Trump’s downfall.

Hillary Clinton lost the election, but lost wars and loser policies will ultimately anger the public. Upwards of $5 trillion spent to defeat terror, and the main terrorists are still kicking. More trillions spent on NATO, our allies, and programs that have done nothing but fail, fail, and fail some more – and only a staggering debt can prop up the system.

What’s more the 100 megaton warhead of the torpedo is designed to generate a radioactive tsunami wave aimed at an enemy’s coasts, that is 500 meters (1,600 ft) tall.

I guess this weapon would also render the $9.8 billion each CVN-78-class aircraft carriers, and the $1.843 billion per ship Arleigh Burke escort Destroyers impotent as well. That is unless the Trump’s Pentagon orders giant life jackets for U.S. Navy surface combatants. Tsunami creation? Now there’s defense industry genius in motion.

President Trump’s administration has just received a rubber stamp for the biggest military spending spree in American history. Despite what you may have heard about making America great again (MAGA) on a tight business budget, in 2017 the Senate passed the biggest defense budget ever.

So, still more trillions will be rolled off the treasury presses in order to fight the most expensive war ever – the idiotic charade known as the “war on terror” begun under the Bush administration. Our failures are being rewarded, when all is said and done.

Since the Taliban is back in Afghanistan, and since the oil fields of the Middle East are still crawling with potential targets (moderate jihad proxy warriors) only Vladimir Putin’s air forces seem capable of destroying, America’s leadership is on the hook for destroying the dream. Only few tell about this form of treason.

This “War on Terror” is rapidly approaching being even more expensive than World War II, if you can even imagine. But the enemies are all in body bags with Russian, Iranian, or Syrian flag colors on them? And now we learn Putin built unstoppable weapons with puny rubles deep in the Urals! Holy Cow.

A “War on Terror,” the “War on Drugs,” and even a “War on Sugar” have been waged by our fearless leaders in recent years. And all have been utter failures. Now the establishment has waged a “War on Putin” – a ramshackle comedy with equally embarrassing results.

I am not sure what the American taxpayer’s bill for losing to Putin is exactly, but I am sure the people of my country have lost big time. Instead of listing every lame brained system the Pentagon has ordered these last thirty years, allow me to quote from the very think tanks that dream up all this war mongering.

Returning briefly to America’s now useless programs, the Trump Defense Department spent $6.9 billion on ballistic missile defenses that only Putin knew was meaningless. Added to this, the Kremlin laughter over $12.5 billion wasted on the American military’s Science and Technology Program could be heard all the way to Gorky Park.

Furthermore, the $250 plus billion spent for operation and maintenance for all U.S. Military branches seems wasted too. After all, if Russia is the most dangerous threat, and if Washington is most afraid of Putin aggression, then maintaining obsolete units and systems is idiotic.

This begs the question; “What if America has no enemies?” Truly. What if a viable defense for America simply had to do with real defense instead of offense? Could the $50 trillion we’ve wasted losing wars and friends pay for a real “American Iron Dome” like Israel has?

Well, look to Putin. His roadrunner rocket scientists created fool proof nukes that fly until the eventually kill the enemy no matter what. And in a fraction of the time, at a fraction of the cost. Maybe Trump should hire a Russian roadrunner instead of a Lockheed ACME rocket building Coyote? What do you think?