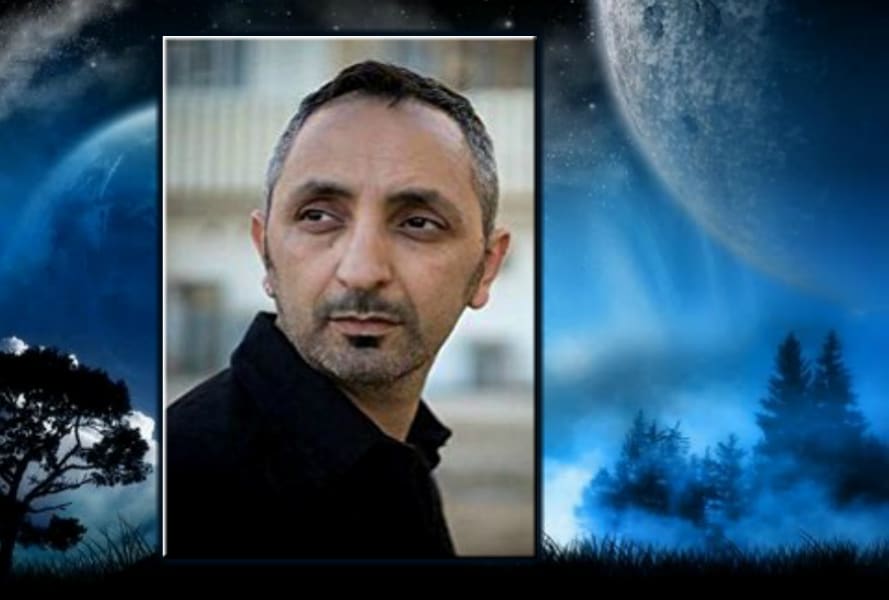 [ Editor’s note: Uri has a wonderful story to share with us today, on stuff we might not even know except for reading this, which is why we publish him. He is nothing if not a niche talent writer.

Talking about discrimination in Israel, even the historic kind, is viewed by some as a form or treason. While Jews are known to be critics of everything under the sun, when goys are in the room, mentioning “internal issues is verboten.

I loved his story how as a squad leader in the 1948 war, he had to give orders in Hebrew to the only one in the squad that could understand, who translated into French, who then translated to the Turks. I am at a loss trying to understand what that was like in combat.

And then there is the odd twist of fate that, despite the Oriental Jews being much abused by the Ashkenazim, they are now mostly hardcore Likud backers.

My father’s parents were Polish immigrants, where I learned from an uncle many years after he had died in ’73, that they were Russians who became part of Poland after WWI. I am still without a map to trace the heritage.

Western Massachusetts was still a textile mill area when they came, and Poles were at the bottom of the social barrel, with the Irish on top and then the Italians. With my dad being a WWII fighter pilot, things were easier for him, plus mother was a Gold Star wife from her first husband.

I never knew Poles were on the bottom until I went to school and got exposed to Polish jokes, which I thought were funny. I learn a lot of them and pulled flank moves by telling Polish jokes myself. As that was no fun for them, they stopped.

I learned a good lesson at a young age about not being thin-skinned about being teased. If they see the teasing does not bother you, it’s no fun for them to do it, so they stop. It has served me well, most of the time anyway … Jim W. Dean ]

In the Autumn of 1948, after some eight months of continuous fighting, I was promoted to the lofty rank of corporal. After taking part in a crash course for squad leaders, I was allowed to choose my new soldiers – new immigrants from Poland or Morocco.

Everybody wanted Bulgarians, but the Bulgarians were already taken. They were known to be excellent fighters, disciplined and stoical.

I chose the Moroccans. I also got two Tunisians and five Turks, altogether 15 men. All of them had just arrived by ship and not one spoke Hebrew. So how does one explain to them that a hand grenade has a high course of flight and a sharp angle of descent?

It was not easy. There were a lot of psychological problems. But I decided to adapt myself as much as possible. For example: one day we got an order to go to the sea shore and fill a truck with sand, in order to enlarge our camp with more tents.

When we arrived on the beach, none of my soldiers moved. “We have come to this country to fight, not to work!” their spokesman explained.

I was nonplussed. What to do? The course had not prepared me for such a situation. Then I had an idea. I said: “You are quite right. So please sit under that tree and enjoy the shade!”

I took a spade and started to dig. I heard them whisper. Then one of them got up and took a spade. Then another. In the end we all worked happily.

Unhappily, we were an exception. Most Ashkenazis (Jews of European descent) who had been born in the country, or immigrated years before, thought that they had done their part and suffered enough, and that now it was up to the new Oriental immigrants to do theirs. Cultural differences were huge, but nobody paid much attention to them.

Soon after that scene, we were allowed leave for a few hours in Tel Aviv. When I got on the truck, I noticed that some of my men did not get on. “Are you crazy?” I cried. “Leave in Tel Aviv is paradise!”

“Not for us,” they replied. “The girls in Tel Aviv won’t go out with us. They call us Morroccan-Knives.” There had indeed been a few cases of hot-headed Moroccans who had felt insulted and attacked people with knives.

My attitude towards “my Moroccans” paid off. When I was severely wounded, four of them brought me out, under heavy enemy fire. They granted me 70 more years of life (so far).

A few years later, when I was already the Chief Editor of a news magazine, I published a series of investigative articles under the title “They Fuck the Blacks”. It contained revelations about the discrimination against the Oriental immigrants (nicknamed “blacks”, though they are brown). It aroused a storm of anger throughout the country. The very suggestion of discrimination was vehemently denied.

At the end of the 1950s, a minor incident in the Wadi Salib quarter of Haifa triggered major disturbances by Oriental Jews. All the press took the side of the police, my magazine was the only one which justified the rebels.

I bring up all this ancient history because it has suddenly become very topical.

A TV series by an Oriental filmmaker is whipping up a storm in Israel. It is called “Salah, This is The Land of Israel”, and claims to describe the experiences of his grandparents when they arrived in Israel in the early 1950s. Salah is an Arab first name.

They wanted to settle in Jerusalem, the only place in the country whose name they knew. Instead they were taken to a remote spot in the desert, thrown from the trucks, and left there to vegetate in tents, without work except for a few days per month of “emergency work”, digging holes for trees.

According to the filmmaker, David Deri, it was a gigantic “conspiracy” (his word) by the Ashkenazis to have the Oriental Jews come here, to throw them into the desert and leave them there, prey to hunger and deprivation.

Deri is not making things up. He quotes extensively from secret official protocols in which the operation was discussed at length and explained as a national necessity in order to fill the empty areas (from which the Arabs had previously been expelled).

All the facts are right. Yet the overall picture is wrong. Deri did not try to describe this chapter in history objectively. He produced a propaganda piece. Let me cite again my personal experiences.

I was born in Germany to wealthy parents. When the Nazis assumed power, in 1933, my father immediately decided to leave Germany and go to Palestine.

No one received us with flowers. We were left to fend for ourselves. We brought with us a large sum of money. My father was not used to the commercial customs then prevailing in the country, and we lost all our money within a year.

Both my parents, who had never done any physical work in Germany, started to work very hard, 10-12 hours a day. Seeing this, I left elementary school after 7 classes and started to work at the age of 14, as did my brother and sisters. Not one of us complained. The happenings in Germany reminded us every day what we had escaped.

The lot of new immigrants is hard, and has always been so everywhere. We were intent on building “our” country. The immigrants who came from East and West after World War II were expected to do the same.

Much later I became friendly with one of the main organizers of the “absorption” of the immigrants in the 1950s, Lova Eliav. He told me how the immigrants, Eastern and Western, were brought to the empty Lakhish region; and when they refused to get off the trucks, the driver was told to operate the mechanism and literally pour the people onto the ground. He was not ashamed of it – for him it was a part of building the country.

Lova, by the way, was one of the country’s great idealists. At an advanced age, he himself went into the desert, near the Egyptian border, to live with the young people for whom he built a new village far from everywhere.

Deri discovered that police spies had infiltrated “Oriental” groups. That made me laugh out loud. Because it was an open secret that for many years the secret service had spied on every move of my editorial staff, especially mine.

Deri is not troubled by the fact that during those years the Communists were treated much worse, not to mention the Arab citizens, who suffered daily oppression under “military rule”.

All in all, Deri did not actually falsify or invent anything. But he takes everything out of context. It is as if somebody took a painting of Michelangelo and removed one color – say red. It’s still basically the same painting, but it’s not the same.

David Deri was born 43 years ago in Yeruham, one of those villages created by Lova Eliav and his colleagues in the middle of nowhere, south of Be’er Sheva.

Today, Yeruham is still one of the poorer townships. But it has advanced a lot. Politically it is, of course, solidly Likud.

Deri makes no attempt to paint a “balanced” picture. On the contrary, he quite openly tries to incite the Oriental Jews against the Ashkenazis.

I don’t know his political outlook. But in today’s reality, the film serves the incitement campaign of Binyamin Netanyahu against the imaginary “leftist Ashkenazi elite”, which includes the media, the universities, the police and the courts (and me as well, of course).

By the way, Deri himself is the best evidence of how in two or three generations those poor Moroccans who were thrown into the desert are forming a new elite.