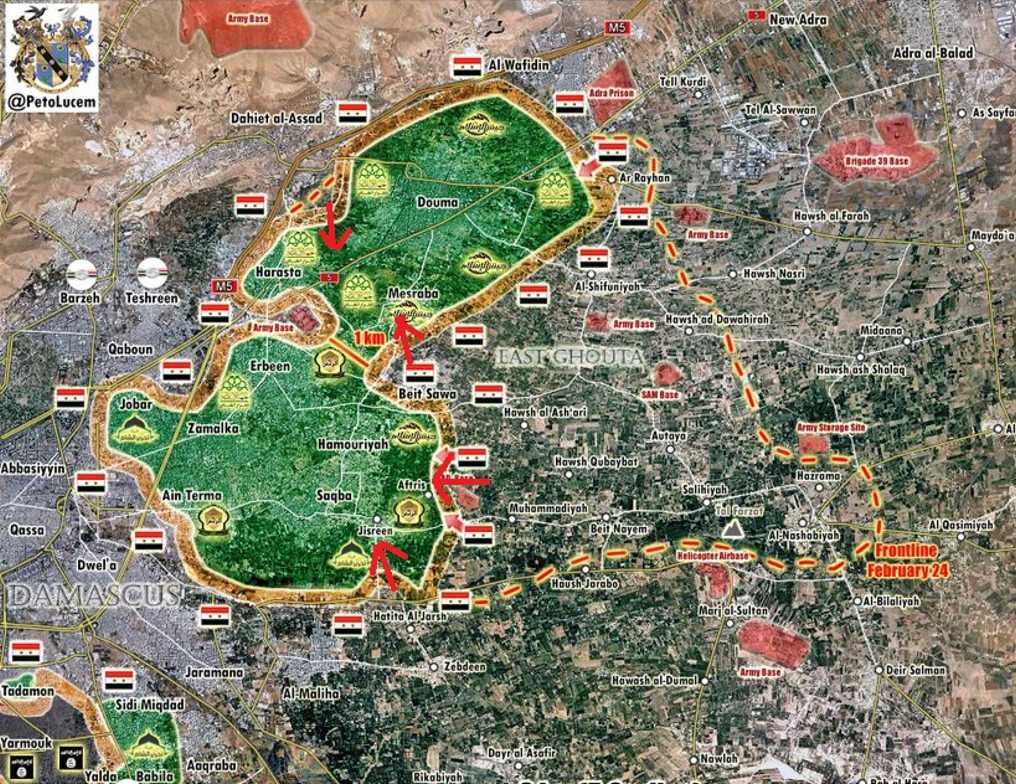 [ Editor’s Note: The SAA is advancing to pick off the small Hasrata pocket when it splits the two main ones. With 360 degree control of its perimeter, the civilians will be able to get out somewhere and the cut off jihadis will be game to go to Idlib and remove them from the rear of new Syrian operations.

The other SAA advances on the map you will see are taking all the open area around the main cities. Once the noose is drawn tighter around them, it can open up more corridors to get the civilians out, and use heavy weapons more, with less fear of civilian casualties.
–
The Jihadis will know that more bombing will follow that, and they also start thinking about the low level of fighting in Idlib now. It’s a vacation stop for jihadis.
–
Jobar in the SW corner might be the last battle, as the SAA has lost a lot of people fighting there in earlier attempts, the underground just a honeycomb base for the jihadis to make a last stand. You can see how close it is to downtown Damascus, and how easy it was to here the shelling in the evening with the windows open in the business office of the Dama Rose hotel.
–
I think the southern pocket has probably been where most of the Damascus shelling has been coming from because it is so close. It’s mind boggling how the jihads have been able to get continually supplied for years now, tying down a lot of SAA troops that made it easier to defeat Syria piecemeal in the beginning. Now it is Syria’s turn to do that ... JD] 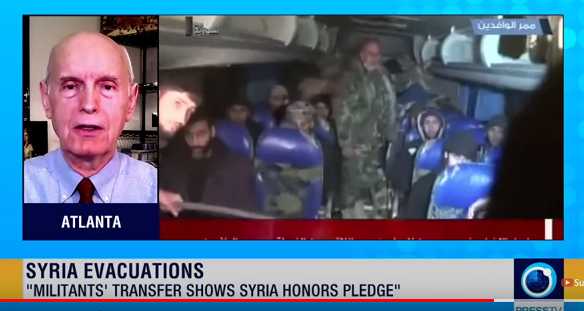 – First published… March 10, 2018 –
–
The first batch of foreign-backed militants and their families has left a besieged enclave in the eastern fringes of Syria’s capital Damascus. Our Syria correspondent Mohammad Ali updates us on the situation in the battered Damascus suburb of eastern Ghouta.
–