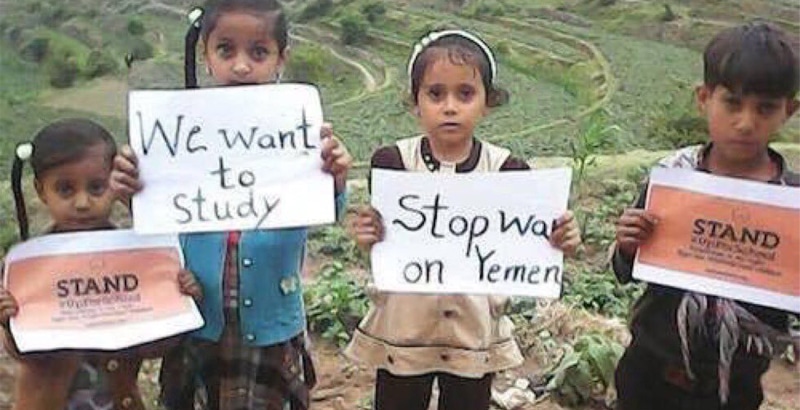 The toxic situation (by which I mean the continuing mega-slaughter of innocents) surrounding the Saudi crown prince’s lavish royal welcome to London will have reminded many of the Vietnam-era chant of peace activists in response to the lies and blunders and excuses in those days:

“Hey, hey, LBJ, how many kids did you kill today?”

This was borrowed and amended in 2006 to “Peretz, Halutz, hey hey hey! How many kids did you kill today?” by Israeli peace activists demonstrating outside the home of IDF Chief of Staff Dan Halutz. Peretz was Israeli Defence Minister.

On the night of July 23, 2002 Halutz ordered a one-ton bomb to be dropped on an apartment building in a densely populated residential area of Gaza as part of Israel’s assassination or ‘targeted killings’ pogramme.

It was the home of senior Hamas commander Salah Shahade and his wife and family. They and 7 members of the family nextdoor and a dozen more civilians were killed, mostly children. Eight other houses were destroyed and up to 150 people injured. As a result 27 Israeli pilots signed a letter of protest refusing to fly assassination missions over Gaza and the West Bank.

Prime minister Ariel Sharon called the operation to execute Shahade, his wife and kids and neighbours, and many more non-combatants, a success but human rights organizations said that dropping a one-ton bomb in the middle of the night on a tight-packed civilian neighborhood was a war crime. Gush Shalom, for example, wanted to turn the pilot over to the International Court of Justice in The Hague.

In an interview with Haaretz, Halutz was reported as saying to his pilots: “You aren’t the ones who choose the targets, and you were not the ones who chose the target in this particular case. You are not responsible for the contents of the target. Your execution was perfect…. There is no problem here that concerns you. You did exactly what you were instructed to do….”

It’s the old story: they were only doing what they were told, following orders. Bright enough to fly a complex military jet that delivers death in abundance but too dim to tell right from wrong.

Asked whether the operation was morally wrong in view of the civilian casualties Halutz replied that the planning included moral consideration and a mistake or accident didn’t make it wrong. Asked how he felt when he dropped a bomb, he said: “I feel a light bump to the plane as a result of the bomb’s release. A second later it’s gone, and that’s all. That is what I feel.”

According to B’Tselem, the Israeli Information Center for Human Rights, in the period since September 2000 Israelis have killed 2,017 Palestinian children and Palestinians have killed 135 Israeli children. That’s a slaughter rate of nearly 15 to 1, thanks to psychopaths like Halutz. 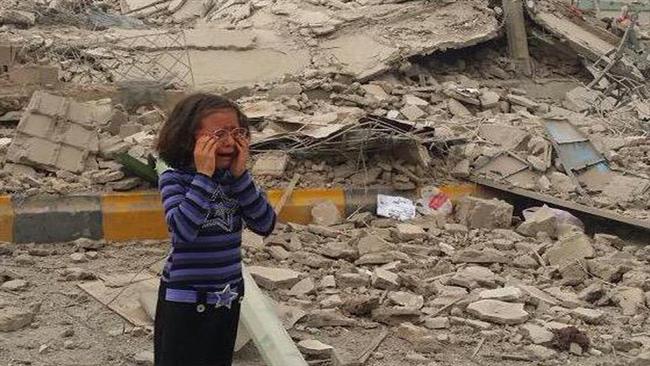 If the mental attitude of the Saudi pilots and their British ‘advisers’ is anything like that of Israel’s pilots and their commanders, it’s no surprise that Yemen civilians are being massacred.

We’re told that British military experts are providing targeting training to Saudi forces for cruise missile attacks. They also deliver field artillery and weapons-locating radar courses. But this ‘targeting training’ hasn’t prevented the bombing of schools, hospitals and weddings, and the appalling civilians casualties that go with it, leading to claims that UK training doesn’t focus enough on compliance with international humanitarian law.

Al-Jazeera reports that a United Nations panel examined 10 air attacks in 2017 that killed 157 people, and found the targets included a migrant boat, a night market, five residential buildings, a motel, a vehicle and government forces. “This is a report to the UN Security Council that has not been made public… It’s very hard hitting and very critical of all of the parties in the war in Yemen.”

The panel asked the Saudi-led coalition for the rationale behind these attacks but got no answer. As they were carried out by precision-guided munitions it seems they were indeed the intended targets. “Even if, in some cases, the Saudi-led coalition had targeted legitimate military objectives, the panel finds it highly unlikely that International Humanitarian Law principles of proportionality and precautions in attack were met.”

Added to this is the supply of £billions-worth of UK weaponry. The UK Government claims its support to the Saudi-led campaign is necessary to combat terrorism and insists it is not involved in targeting decisions or military operations. In which case, why get involved at all? Complicity in what has come to be regarded as a war crimes programme was inevitable from the start. Besides, killing innocents does not make us safer. As for Mrs May’s repeated claim that Saudi intelligence has saved hundreds of British lives, I’d like to see proof. Otherwise I simply don’t believe it given that Saudi Arabia generates or backs much of the international terror we see today.

Impending Brexit – deliberately mismanaged, it would appear, to open up an economic black hole – provides the excuse for stepping up trade and co-operation with some of the world’s most repulsive and murderous regimes. Such is the mounting disgust of the British public that, any day now, I’m expecting to hear new versions of that peace chant: “Hey, hey, hey ……….”