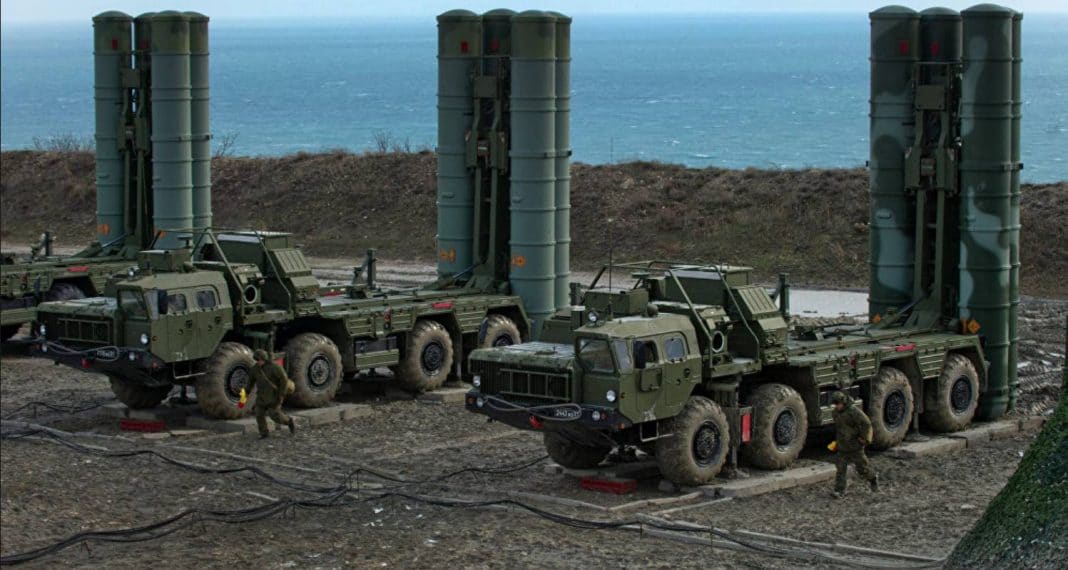 …by Gordon  Duff and Jim W. Dean, with Sources in Russia and Syria

I list this as “unconfirmed” simply because this was leaked to us for publication with a purpose.  What that purpose is and whether the information is true or not remains to be seen.  However, this comes from sources “highest” and includes a message we believe is intended for US, Israeli and Saudi commanders planning to hit  Syria over the misreported/fabricated gas attacks.

Not to belabor the point but the idea that the Syrian Arab Army that is totally kicking the ass of the terrorists in East Ghouta is more than unlikely to resort to using chlorine gas.

The idea is demented and the US government and mainstream media makes me sick.  Ah, but I am getting off subject.

Anyway, Damascus is under both Russian and Syrian air cover tonight, with sonic booms shaking windows. Jim Dean thinks planes are aloft to keep them safe from Trump’s tired Tomahawk missiles.  Whatever the reason, it is a show of force.

More important, Russian sources  say they have put the entirety of Israel  and Lebanon under an air defense umbrella of newly deployed S400 batteries flown into Syria and quickly deployed over the last 24 hours.

Additionally other systems, all under Russian command, stand ready to shoot down any American planes that attempt to carry out the attacks promised by Trump over the last 24 hours as expressed by America’s UN Ambassador Haley.

Trump promised to attack Syria if they continue  to fight against the US backed terrorists that have been attacking  civilian areas of Damascus for over 5 years.

What I don’t want to see is American pilots killed or paraded through the streets of Damascus.  They are still our boys even though I sometimes wish they didn’t take orders from the “grocery clerks” at the Pentagon so freely.

I reiterate, this message is not from  us, we believe it is real, we can’t say the threats are  genuine but there is this saying about what happens when you poke the bear.  Hitler learned and was forced to get a job selling phony antiques in Buenos Aires?