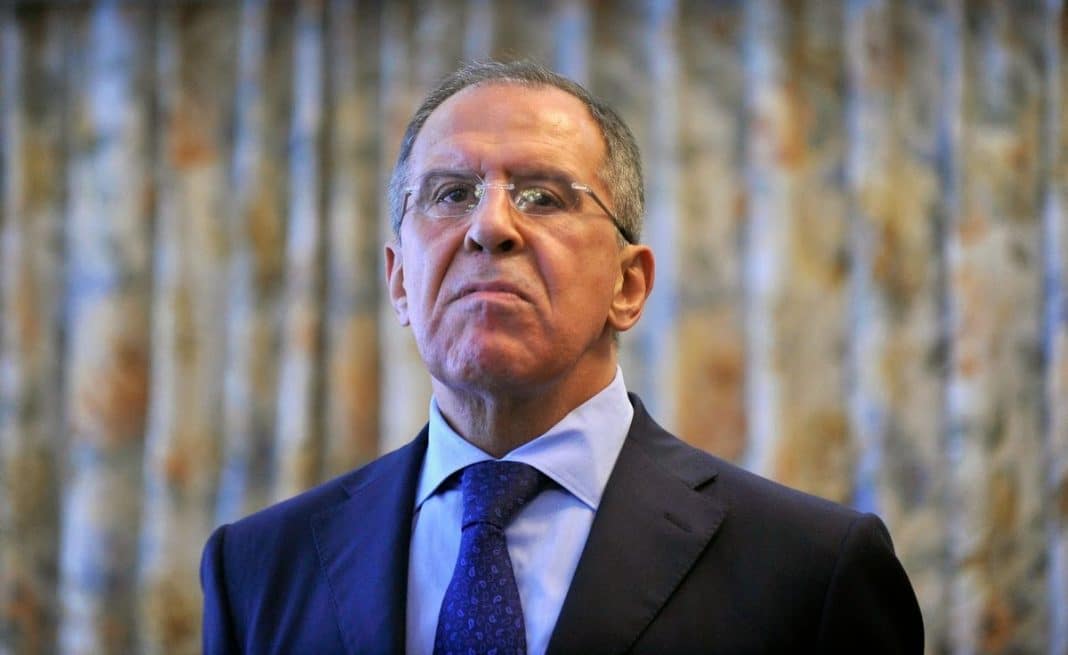 LAVROV: US STRIKE ON SYRIA WILL HAVE “GRAVE CONSEQUENCES”

[ Editor’s Note:  The Syrians are expecting a new major south Damascus offensive by the US, Israel and Jordan to derail the peace process. It may be the showdown time we have been expecting to test how far Russia is willing to go to protect Syrian airspace in the south especially.

The trigger seems to be the huge success the SAA has had in breaking up the huge East Ghouta jihadi pocket in the Damascus suburbs. The US knows that when Ghouta is taken those SAA forces can be redeployed and refugees begin to rebuilding Ghouta, which it does now want.

The key to the plan to break up Syria was to tie down a large part of the Syrian army defending Damascus so the remaining forces would be spread thinly over the rest of the country and defeated piecemeal.

This attrition warfare worked, even with Hezbollah and Iranian assistance slowing the process down. The better air support by the Russians changed the whole game, to the surprise of everyone.

Putin made a major statement in his speech to the Russian Parliament that Moscow would respond to any overt attacks on Russian territory or its allies appropriately, including using nuclear weapons.

It is looking like someone has decided to test Russia’s resolve with an new attack on Syria, after a suitable false flag gas attack is put in play which the whole world will know was fake, but the US does not care. The US has been building up air power slowly and with no publicity, like F-22s in Jordan.

If Jordanian bases are used for offensive attacks they are legitimate targets for counter strikes under international law and the UN charter right of self defense.

The past US strike on Syria was based on the fake Khan Shaykuhn sarin gas attack where it launched strikes and nothing really was done, other than the US wasting 50+ Tomahawk cruise missiles on an old Syrian air base.

Recent ground victories by the SAA have succeeded due to close air support. An attack on Dara would put Syrian and Russian planes within the range of US coalition and Israeli air defenses plus its combat air craft, with superiority in numbers.

Has Trump decided to play “mine is bigger than yours”, and gamble on the war escalating? And if it does, would be exactly what the US wants as the only way it can wreck the peace momentum? … Jim W. Dean ] 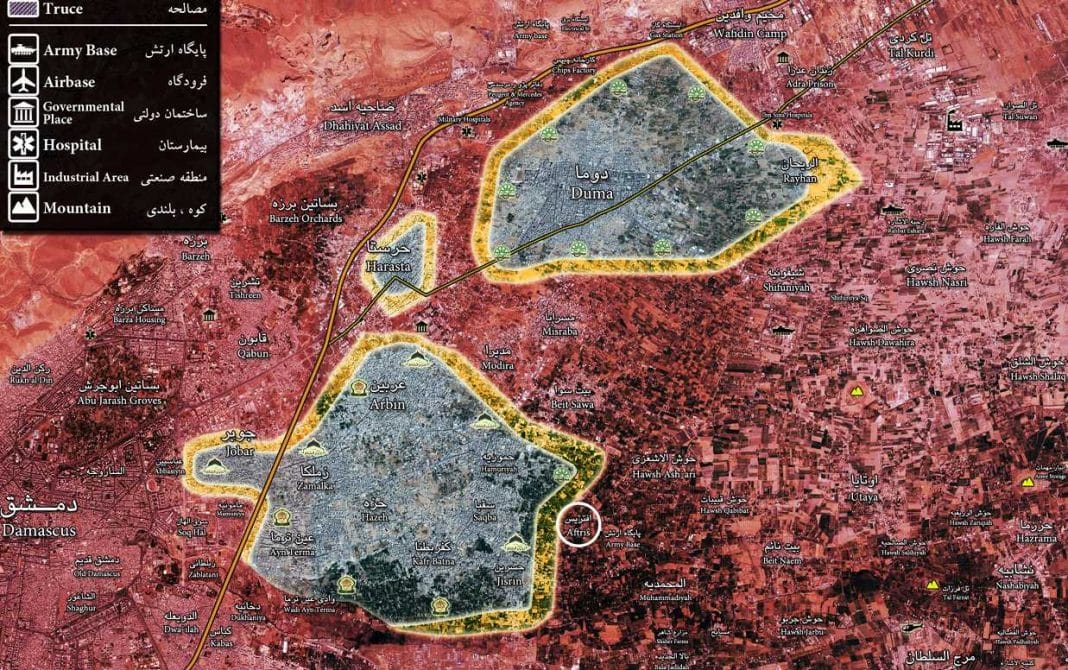 Russian Foreign Minister Sergey Lavrov warned on March 13 that a new US strike on Syria [Washington threatened to do this on March 12] will have “grave consequences”.

“If a new strike of this kind takes place, the consequences will be very serious,” the minister said, according to the sate-run news agency TASS.

“Mrs. Haley should understand that it is one thing to irresponsibly exploit the microphone in the UN Security Council and it is another thing when both the Russian and American militaries have communication channels and it is clearly stated via these channels what can be done and what must not be done.”

“When, against the backdrop of an obvious failure to implement resolution 2401, in as much as it concerns militants and their sponsoring West, new resolutions are put forward under the pretext that it is Russia, Iran and the Syrian government that have failed to provide for the requirements of the previous resolution while Mrs. Haley makes a statement that the US is, of course, a peaceful nation but it may at any time deliver a strike against the forces in the Syrian Arab Republic, as they did a year ago by striking the Shayrat airbase, I simply don’t have any normal terms left to describe all this.”

Lavrov also added that Russia does not seek to increase the number of de-escalation zones in Syria at this strage. However, he added the de-escalation zones will be discussed at the upcoming meeting of the Russian, Iranian and Turkish foreign ministers in Astana on March 16.

“The most crucial task now is to prevent the continuation of blatant violations of this regime in Eastern Ghouta,” the minister said.