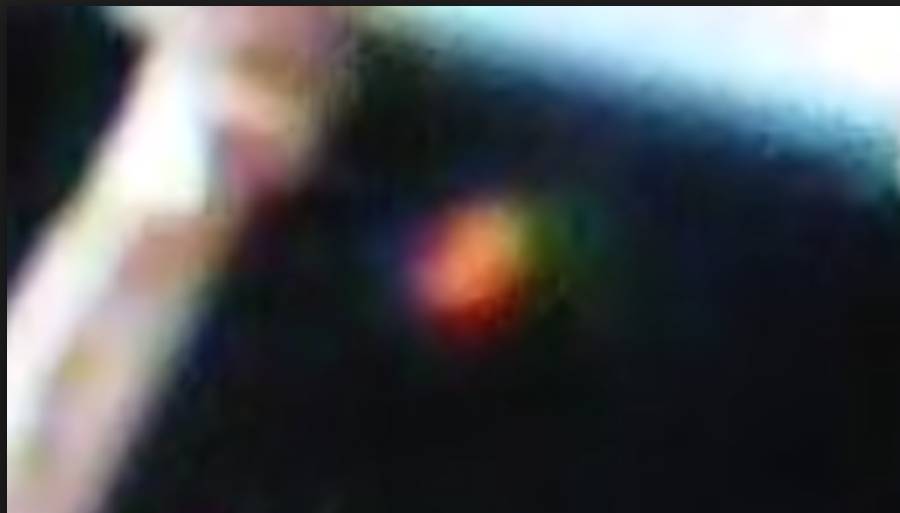 By Gordon Duff with  Ian Greenhalgh

Russia Today reported a green and orange meteor over Oklahoma along with what was reported by locals as an earthquake.

Here’s the rub, the exact same UFO was reported over or on, depending on what you believe, Wurtsmith Air Force Base, then a major B 52 SAC base in 1975.  The Wurtsmith story is calculated disinformation spread  through a tightly controlled government infiltrated UFO community.

As with what is not reported  about Oklahoma, the “meteor” flew horizontally and was  spotted for hundreds of miles.  The 1973 “meteor” hit the US over Seattle at 4k feet at mach 2.5 and kept altitude and speed while visiting our missile command and then terminating as it came through the clouds over Wurtsmith.  It was approximately 300 feet in length and 50 feet in diameter.  It lit the clouds for the entire horizon as it came over the base and seemed to enter Lake Huron.

Thousands  saw it, reported it, it was on the news across the US and then it all never happened.  Now it has happened again.

Do we want  to say Trump is being warned about starting a nuclear war with Russia and China over his obsession with Israel and Syria?  Experts who are sufficiently “expert” as to not want to be named say “possibly” while some say “of course.”

I simply remember an airman turning to me before losing his cookies saying “It looks like the Russians are firing submarines at us.”

And so it goes.  From Russia Today:

Residents across Oklahoma and Texas were jostled from their daily routines after hearing a loud boom Tuesday afternoon. Many were left scratching their heads and watching the skies for the source of the explosive phenomenon.

While the US Geological Survey has not reported any earthquakes in the region, the National Weather Services in Norman, Oklahoma has said it is possible that the deafening boom was the result of “a ‘bolide’ or the breaking up of a meteor.”

Reports of a ‘shaking boom’ across central Oklahoma shortly after 4 pm today. Based on visual reports of meteor streaks in Oklahoma and Texas, and no earthquake reports from the USGS, it is possible the region experienced a ‘bolide’ or the breaking up of a meteor.

A flurry of baffled residents shared their comments online, trying to make sense of the afternoon shocker. One nearby resident offered his account of the mysterious heavenly “green light” he spotted that afternoon.

“Meteor flew over Oklahoma City today at about 16:20, with a sonic boom and some shaking in nearby Norman! Was beautiful green and orange streak in the daylight,” he tweeted.

Meteor flew over Oklahoma City today at about 16:20, with a sonic boom and some shaking in nearby Norman! Was beautiful green and orange streak in the daylight.

Chief Meteorologist for KFOR-TV OKC Mike Morgan was completely befuddled by the extraterrestrial visitor and asked others to clarify.

So it’s 5:45PM on Tuesday in Oklahoma and we are getting quite a few suspected Meteor “Boom” reports at about 520PM. Y’all got any more info. on this out there folks??

One resident’s speculation revolved around reports that China’s first space observation station was due to fall into Earth’s orbit at any moment.

“I was wondering if the meteor reports in North Texas and Oklahoma were actually Tiangong-1, but it looks like we’re still a week or so from that possibly happening,” he said.

I was wondering if the meteor reports in North Texas and Oklahoma were actually Tiangong-1, but it looks like we’re still a week or so from that possibly happening. https://t.co/SMhC8Za0yC

Oklahoma is no stranger to unexplained booms, which have been attributed to an assortment of different causes. Last year, Midwest City residents were perplexed by large underground booms comparable to underground explosions, one witness stated.

“It turns out, this is a really neat deal. It has to do with water underground,” said Meteorologist John Slater. “With these cold fronts coming through, the water just freezes rapidly. And as it turns out, when it freezes, it expands.”

On January 25, 2014, News On 6 speculated that F-16 fighter jets from the 138th Fighter Wing division in Tulsa peppered the area with sonic booms powerful enough to rattle furniture and windows. However, the cause of the disturbances still remains a mystery.

Another shockwave dubbed the “Bama Boom” was felt across cities in Alabama on November 14, 2017. No explanation was offered other than either a hypersonic aircraft or meteorite shower.

Re: loud boom heard: we do not see anything indicating large fire/smoke on radar or satellite; nothing on USGS indicating an earthquake. We don’t have an answer, and can only hypothesize with you. 1) sonic boom from aircraft; 2) meteorite w/ current Leonid shower?

Were they underground nuclear tests? Fracking adventures in the Midwest? No one will ever know.