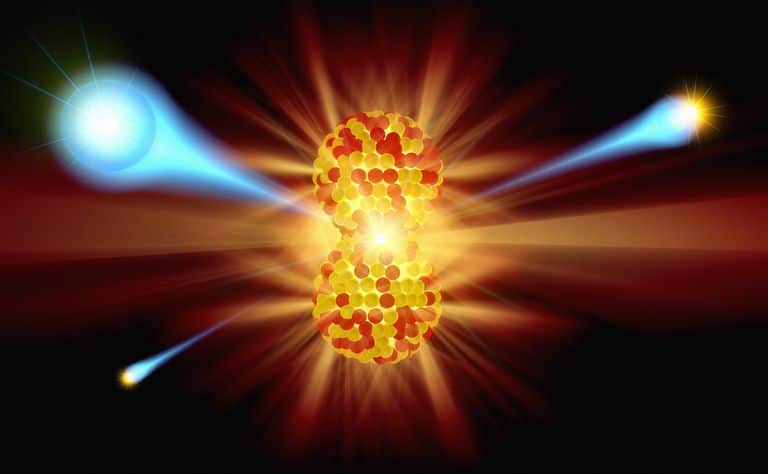 Are you in a city that gets a Million Counts of Radiation a Week? First, how on earth are you going to find out? Folks, that is a secret, isn’t it?

This is a Bad situation for all exposed to the Rad. Now included, for the 9th Week of 2018 just passed, all cities above 9,000,000 CPM Year to Date [YTD] of deadly Gamma Radiation and its unpublished radioactive kin. A Count is One Radioactive Decay.

PLUS: 64 odd other cities on the Most Poisoned Cities List for Total Gamma Radiation [Recorded] in the US.

NOTE TO READERS: My editorial work is solely crowdfunded via PayPal. Click here to donate>> Thank you.

Gamma and Beta CPM by City and State in the US

Do this for every City on the Total Gamma Rad list.

In that case, the missing reports are filled in with the average radiation count of the reports that were filed. Not a perfect system; but, machines sometimes fail, the radiation never skips an hour, minute or second though.

When missing values are calculated using the Average Values YTD method and added to the Recorded Counts the number of affected cities above 9 Million Counts jumps to 47 cities.

The radiation counts are recounted from January 1 each week so no late reports will be missed. The remaining cities round out the Total Gamma Radiation List for March 17, 2018.

Target Population Column Added. A Column displaying the latest Official Census in 2010 in the surrounding area to the nuclear site is shown. It is the Standard Metropolitan Area Census Report.

All of the Target Population are subject to random murder and/or illness from the daily radioactive emissions of the nuclear plant or weapons site.

The US Government thinks that nuclear weapons and the huge supportive nuclear industry are required for the national defense. It makes no difference now, though. We’re all dead people walking.

It’s been about 73 years now and no person or nation has convinced the US government to change the nuclear policy. Since the reactors leak Rads every day and have since their construction; the nation is long past saving.

SPOTLIGHT on Rad in Colorado Springs

NUMBER OF MILLION COUNTS A WEEK CITIES UP IN THE US

Since Rad Records are still being processed, the alarming number of cities recording a Million Rads a Week could climb further still.

Weapons and Reactors are the only sources of Rads on this planet. Colorado Springs now routinely records a measured average of about 10,000 CPM per Hour. That is a … bunch.

These are the 24 Hour a day recorded Total Gamma Radiation numbers in CPM [Counts per Minute] measured highs affecting people around the United States. Be prepared for a shock, these Year to Date totals are really big radiation numbers.

These levels are dangerous to people, animals, and plants. If you absorb very much of this radiation, at all, you turn stupid [compulsary mental retardation] and die.

The nine Nuclear Weapons Labs in the US know, of course. The radiation data are currently Restricted and Withheld for all Normals; except for Gamma Radiation through EPA.

Notice: It is necessary for public health and because the many nuclear reactors are venting radioactive gases constantly so stay inside as much as possible.

All residents should stay inside at nights and on weekends. It’s your life, your choice. The Rad is always cumulative. What you absorbed before now is still inside you.

Especially hard hit are the cities listed in YRTW YTD ELE. See the latest “Your Radiation This Week,” “Million a Week Club” or “TOTAL GAMMA RADIATION” reports for the most recent list. You may purchase reports for a small charge.

TOTAL GAMMA RADIATION recorded in the US – 2017 Final Rad Count

Other radiation species are also Withheld by the US government. That should be crystal clear now for most Americans.

The valuable Beta Count is history just when we could use it most. It was used to track Beta water lakes under leaking reactors. Beware: Radioactive Beta Water combines easily with Humans, animals, and plants.

Million a Week Club is a new publication by Bob Nichols in “VeteransToday” and Bob Nichols’ own websites. See Resources below.*

Read it and weep. It is a done deal and cannot be changed.

To be eligible a city must sport a Gamma Radiation of at least a Million Gamma Rads a Week. It is NOT a good club to be in. There is no prize, only death, disease and chaos.

I requested the radiological efficiency recording number for the radiation monitoring units from RadNet and EPA. As they say, we’ll see what happens with that.

New Rad Measurement. Year to Date, 24 Hours a Day Rad numbers are added to the report for all reporting cities. Rad Counts, called CPMs, are in the tens of millions everywhere in the States.

The Table of Poisoned American Cities is changed. A new Column labeled “Tokyo Equivalent Rads” is added. The acronym is designated TER, the plural is written TERs. One TER is defined as the weekly high nSv/Hour measurement at the Rad monitor in Metropolitan Toneri Park in Tokyo, Japan.

Lead Attorney Katsuyoshi Suzuki is the Super Lawyer who beat the combined forces the Tokyo Electric Power Company [TEPCO,] a huge corporation and the Japanese government. He and the legal team are to be applauded worldwide.

The District Court ordered, “the two to pay damages totaling ¥38.55 million to 62 of 137 plaintiffs from 45 households located near the plant, which suffered a triple meltdown caused by the tsunami, awarding ¥70,000 to ¥3.5 million in compensation to each plaintiff.”

As one person wryly observed “it’s a judgment against a shell company and a bankrupt extinct-ed country. So what? there is nothing there.”

As they say, we will see what happens. The Japan Times said, “The ruling was the first of 30 similar class-action suits filed nationwide involving more than 10,000 plaintiffs.”

YRTW ELE readers can read the Japan Times article “In [a] First, Government and TEPCO Found Liable for Fukushima Disaster.” Anyone can look up the case on my Soc Media accounts. See under “Resources” below.

The amount of Rad in the air now Dooms Humanity to a relatively quick Extinction. Have a wonderful radioactive weekend and remember to Dodge the Rads, it’s dangerous out there.

1. The Radiation charts and graphs of the EPA. Individual queries can be built at the EPA RadNet Query Builder
2. The EPA based reporting of NETC dot com, an LLC.
3. These stations’ Radiation equals Total Gamma Radiation. Gamma Radiation Monitors are reporting publicly at all these locations. CPM. “Although we can’t see it, taste it, smell it or hear it we can measure radiation and observe its effects. One way to measure radiation which the United States Environmental Protection Agency [EPA] has chosen to use on its radiation websites is in Counts Per Minute or CPM. Each Count is One Radioactive Decay.” Quote from the ‘Your Radiation This Week’ Apr 3, 2015
4. Radiation destruction of chitin, IAEA, by Ershov, B.G.; Sukhov, N.L.; Nud’ga, L.A.; Baklagina, Yu.G.; Kozhevnikova, L.G.; Petropavlovskii, G.A. (Institute of Physical Chemistry, Moscow (Russian Federation)
5. “Plutonium Air” by Dr Paolo Scampa, AIPRI Blog, Aug 19, 2016
6. “Radioactive Fertilizer,” AIPRI by Dr Paolo Scampa, September 23, 2016, AIPRI: Les engrais radioactifs,
7. “Texas has highest maternal mortality rate in developed world, study finds,” By ABBY GOODNOUGH OCT. 19, 2016,
8. EPA Proposal Allows Radiation Exposure in Drinking Water Equivalent to 250 Chest X-Rays a Year
“Forty-five (45) years later, the Nuclear States officially raise the amounts of “permitted radiation levels” by hundreds and sometimes thousands of times to maintain the utter and absolute dominance of the Nuclear State over everything, everywhere, for all time. No tolerance given.”
9. “Baghdad” by Dr. Paolo Scampa, AIPRI, Saturday 12 November 2016
10. “News Release, New Aerial Survey Identifies More Than 100 Million Dead Trees in California, ” USDA Office of Communications, “This brings the total number of dead trees since 2010 to over 102 million,”
11. Caribou herd in Alaska suffering from mysterious decline, November 30, 2016, Noel Kirkpatrick, MNN Mother Nature Network, “The Central Arctic caribou herd in Alaska is experiencing a “steep decline” in its population, and scientists are researching the reasons why () .”
12. “Facing a Dying Nation,” a line from the 1979 Tribal Rock Musical HAIR. A scene with “Facing a Dying Nation” starring Treat Williams from the movie is here: The character Pfc. Berger is KIA in Vietnam in 1968.
13. It is Eugen Wigner’s name as a Verb. It’s about all things Wignerized. See Notes on Your Radiation This Week No. 69 and 70
14. sie·vert, ˈsēvərt/, noun Physics, noun: sievert; plural noun: sieverts; symbol: Sv, the SI unit of dose equivalent (the biological effect of ionizing radiation), equal to an effective dose of a joule of energy per kilogram of recipient mass. Google: Sievert
15. Eco Health Alliance interactive map of killer viruses – map
16. “In [a] first, government and Tepco found liable for Fukushima disaster,” by Daisuke Kikuchi, “Maebashi, Gunma Pref. In first, government and Tepco found liable for Fukushima disaster,”
17. Uranium Stocks, “Westinghouse Files for Bankruptcy, in Blow to Nuclear Power,” Wednesday, March 29, 2017 at 10:04PM, “Westinghouse Electric Company, which helped drive the development of nuclear energy and the electric grid itself, filed for bankruptcy protection on Wednesday, casting a shadow over the global nuclear industry.
18. Black Star shows tracks of Alpha particles in an Apes lung much like yours. Plutonium particle in lung tissue: “The black star in the middle of this picture shows the tracks made by alpha rays emitted from a particle of plutonium-239 in the lung tissue of an ape. The alpha rays do not travel very far, but once inside the body, they can penetrate more than 10,000 cells within their range. This set of alpha tracks (magnified 500 times) occurred over a 48-hour period” (Robert Del Tredici, At Work in the Fields of the Bomb [1987], plate 39). 19
19. “De la guerre nucléaire” Maurice, E. ANDRE, nuclear officer (NBCR or nuclear, biological, chemical and radiological exclusive function) Captain Commander, retired. Addendum by Dr. Paolo Scampa.
20. University of Arkansas disposes of wastewater
21. Banner picture by the NY Times. Fire
22. Total Gamma Radiation – Year to Date 2017.7 November 18, 2017, VeteransToday. Here.
23. 30 year old radioactive dead tree at Chernobyl. Very dead. Very radioactive, like millions of others there and around the world. https://outoftheboxscience.com/wp-content/uploads/2016/10/Chernobyl-Dead-Trees-Photo-By-Beatrice-Lundborg
24. Amusing Planet, VIP observers watching the spectacle during Operation Greenhouse at Enewetak Atoll, 1951. http://www.amusingplanet.com/2008/07/how-to-watch-nuclear-explosion.html

SOURCERadNet, a Directorate of the EPA
ATTENTION READERS
Due to the nature of independent content, VT cannot guarantee content validity.
We ask you to Read Our Content Policy so a clear comprehension of VT's independent non-censored media is understood and given its proper place in the world of news, opinion and media.