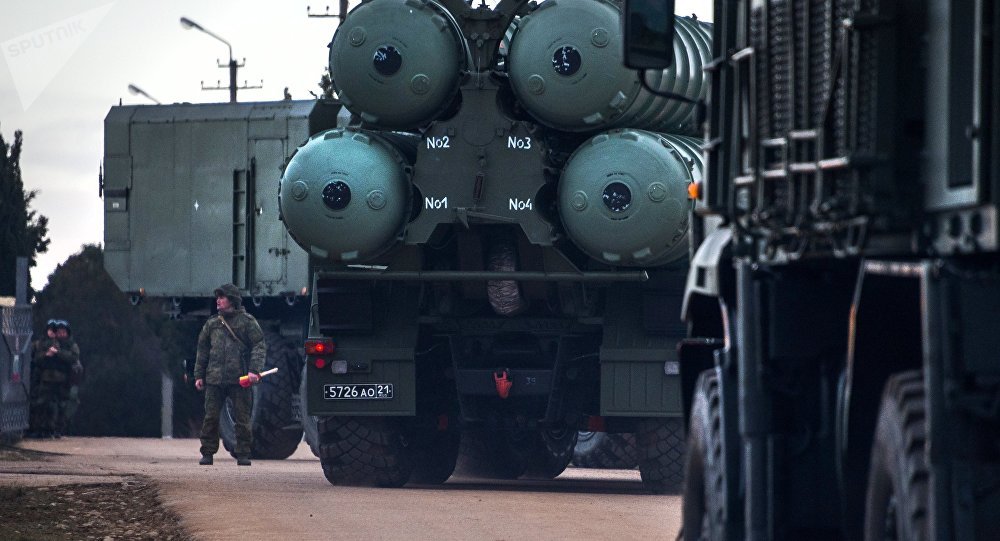 “If it [the United States] wants to punish Turkey with sanctions, Turkey will react in another way, not like Russia or other states… We will respond. You cannot threaten us. The United States threatens many countries saying ‘Do not buy gas of one or another country.’ That does not work,” Turkish Foreign Minister Mevlut Cavusoglu told Zeit Online.

Turkey along with Russia has achieved noticeable progress in the settlement of the Syrian conflict, Turkish Foreign Minister Mevlut Cavusoglu said.

“Within a year and a half, we together with Russia achieved progress — in ensuring the ceasefire regime and [the creation of] de-escalation zones — in order to find a political solution [of the Syrian conflict],” the minister stated.

Cavusoglu expressed hope that Russia and Iran would put an end to violations of the agreements reached in Astana and Sochi.

Earlier this week, head of US European Command and Supreme Allied Commander Europe Curtis Scaparrotti said that the United States hoped that Turkey would change its decision on Russian S-400 systems and warned that Ankara might face consequences over the move.

“Let those who criticize us for purchasing the S-400 to fight terrorism look at themselves. Why are they silent about the S-300 which Greece has? And they tell us that this is a wrong step. What kind of alliance, what kind of solidarity is this? This would fly, but not with us,” President of Turkey Recep Tayyip Erdogan said in parliament.

READ MORE: ‘NATO Has No Reason to Worry About Our Cooperation With Russia’ — Turkish MP

In December, Russia and Turkey signed a loan agreement on the supply of Russia’s S-400 air and missile defense systems to Turkey.

The S-400 Triumph is Russia’s next-generation mobile surface-to-air missile system and can carry three different types of missiles capable of destroying aerial targets at a short-to-extremely-long range. The weapon is designed to track and destroy various types of aerial targets, from reconnaissance aircraft to ballistic missiles.

Syria has been engulfed in a civil war since 2011, with government forces fighting numerous opposition factions and terrorist groups. The international community has taken a number of steps aimed at settling the crisis, including through negotiations in Geneva and Astana.