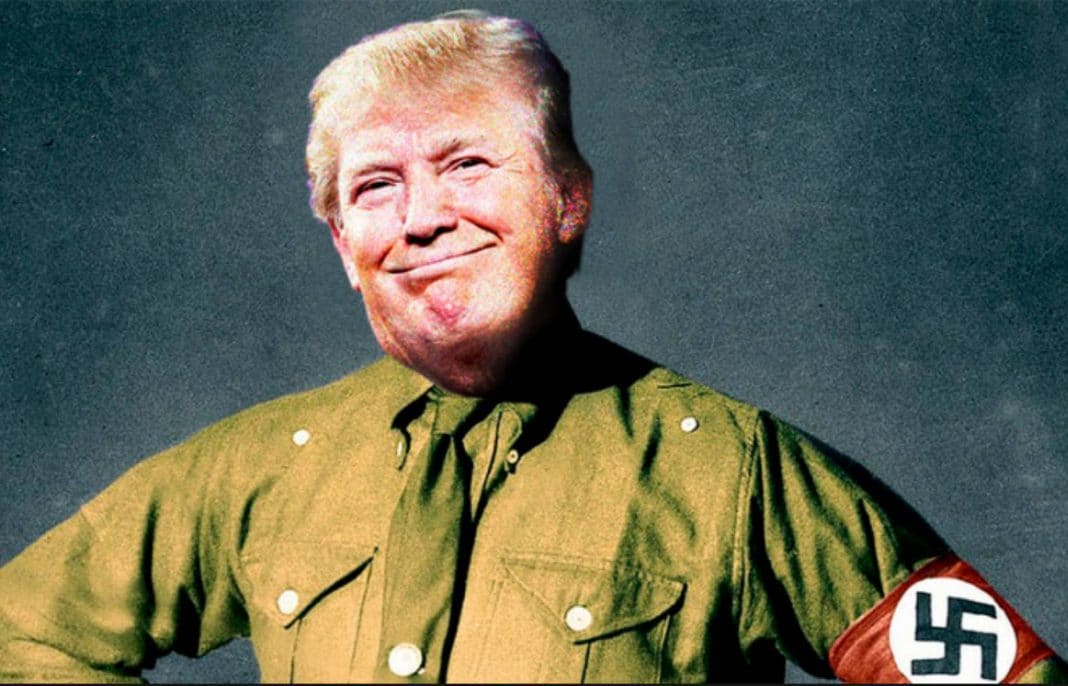 America isn’t the only nation capable of kidnapping and torture. The “goose and gander” analogy now combines with “chickens home to roost” and a “bill is due.”

You can go on forever doing this, to the story:

What couldn’t be touched from inside Syria I add here. I will get straight to the point while I can. Americans are being held inside Syria. We have reason to believe, meaning “we know,” that Syria captured Americans in East Ghouta and elsewhere. What I am telling you now is confirmed.

Both the UK and Britain have been targeting Russian military inside Syria with SAS and other special operations units, using US drones and even car bombs. We have a list of dead Russian officers, currently at 12, killed by UK/US special operations.

In retaliation, they have taken a number of Americans, some of them had been in Syrian custody. Syrians end up with Americans and Israelis caught helping ISIS all the time and sell them back for millions. I took part in one such exchange. They are secret and the money is so much, nobody talks.

That is over. Russia is enraged at the murders — both the assassinations and the Russians killed in planned air attacks. Being honest, the Syrians say they still are holding French captives as well. These nations and our nation are fully complicit in terrorism.

Those of our military serving inside Syria, not all but certainly our special operations forces, are involved in chemical warfare against the Syrian people and are certainly not following policies on behalf of the US or its interests. Quite the opposite.

US and UK forces, the “elite” forces, are involved in treason. What they are doing is unspeakable and barbaric.

Israel and Saudi Arabia, our “allies” that hate us and Russia so much, are the real rogue nuclear states. Saudi Arabia bought its first 10 nukes in 1982, according to confirmed sources at the International Atomic Energy Agency. Israel steals nuclear material from the US, France and UK using a huge network of traitors and sells it around the world, along with nuclear secrets from their massive spy operations in Washington and the UK.

We have endless high level and even FBI confirmations on this. This is the worst kept secret in the world.

Right now, we are fearful for Americans being held, though they deserve prison. “Taking orders” is no excuse for terrorism.

We still want them back in reasonable condition, and I personally suspect they are not coming back, except as hamburger. Washington knows nothing of the Russians, this is a pack of idiots there.

Pushing the Russians or humiliating them is insane. Ask Hitler, and we need to use such analogies, as we have a petty gutless little Hitler in the White House now. To Syria and their story:

A new random, radical, and hostile leadership in Washington, What can the World expect?

Illuminati: It is high time to take revenge on Putin

VT Sources in Damascus say that the new satanic alliance between Donald Trump, Mike Pompeo and Jared Kushner will lead the world to the edge of the abyss. The US Deep State, which is run by the Illuminati, has laid out its political agenda for President Trump to implement before being impeached or tried with high treason.

The face-saving formula stipulates the following: demonize Russia, strike Iran, milk Saudi Arabia, devour Qatar and Kuwait, create havoc in Iraq and Lebanon, and amputate Syria. Trump, who was brought to power by the Illuminati, has to conform or he will be out of office like a Mulberry leaf.

“We have to understand the US policy objectives clearly to be able to determine the shape of response, and then, determine the parameters of success and failure, because what happened in Syria has led to dealing with this policy, that is characterized by tranquility, deceitfulness, and smoothness,” the Syrian Member of Parliament DR Nabil Toumeh told VT.

“The political scene today in Syria shows that we have America, and its tool Turkey, positioned in the north, Israel and its surrogates in the west, Jordan and the Gulf influencers in the south, along with endless European support, and Syria is raising the voice in the international forums, backed by Russia,” Dr. Toumeh explained.

Saber-rattling or a preempted Strike

“Lavrov’s posture today is like Gromyko’s in 1957 when Israel and America threatened to strike Syria, and President Putin’s recent ultimatum preempts any possible US strike that can be devastative.

Putin made it clear, throughout his address to the Nation, that any strike against our allies would be deterred.

VT sources believe that the strike on Syria will be a distraction from the FBI investigation on Russia meddling with US presidential elections that ultimately has led to the ascendance of Trump to power. The US also knows that Damascus has a valuable catch from Al Ghouta, and it has not yet spilled the beans.

It is to be noted here that the Illuminati have ordered their pawns in Russia to meddle with the Russian presidential elections; and whispers reached VT ears that the seasoned politician Sergey Lavrov will be removed from his position.

Pentagon: Assad is not our target, it is the Islamic State

The hot debate of the catastrophic strike fallout reached Capitol Hill. On Tuesday, the commander of Central Command, General Joseph Votel (his powers include the Middle East and Central Asia) summarized the Pentagon’s position on the hot dossiers before the Senate Armed Services Committee.

The Generals, who are aware of the earthquake that could happen in the event that any harm comes to President Bashar al-Assad will not take any risk to create havoc that would bring back the Islamic state to prominence. Votel said, “Our goal is not President Bashar Al Assad”, which, in his view, won the war.

Votel, one of the most prominent Pentagon generals, informed the President and members of the Senate committee of his support for the nuclear deal with Iran. What does all this mean?

Donald Trump has been under scrutiny since General John Hutton, commander of strategic forces (the nuclear arsenal and intercontinental missiles), announced that he would refrain from carrying out the president’s orders if he noticed that they were illegal.

The Pentagon sees in Kim Jong-un a card in Vladimir Putin’s hand. Moreover, the persistence of pushing relations between Washington and Moscow to the brink of the abyss means that betting on dismantling Korea’s nuclear arsenal would be in vain, if not an impossible bet.

The generals, who are aware of the Arab alliance fragility, believe that the revocation of the [JCPOA] agreement would lead to a situation where the “the Iranian Ghoul will be released from the bottleneck,” and possibly, the region will be set on fire, “pregnant with dramatic consequences” for US bases and fleets.

European underdog competes to open a channel with Damascus

“Everyone wants to have a confidential dialogue with the political, security, and military officials in Syria to obtain information, but the Syrian leadership told its speakers “lift the sanctions, and declare your positions openly,” Dr. Toumeh stated. “Sometimes they agree, but then, they withdraw.” “Even our Gulf brothers who turned against us indicated that they were with us from under the table, how can they do it?” he remarked.

DR Toumeh underscored that the Syrian government blatantly informed its interlocutors that “we do not want new snooping around nests, but we want friendly and candid relations,” stressing that Syrian officials met their counterparts in European and Arab countries, and the last meeting was in Rome.

He cited that the delegates hoped that those gatherings would remain secret, and requested that senior Syrian Marine officers attend the Independent day celebrations of their countries. “It is pathetic, they are floundering, and manipulated by the Master of the Game.” Dr Toumeh commented.

The freaky British Government headed by a haggard Prime Minister is accusing President Putin personally of poisoning a former Russian spy and his daughter by nerve gas. This move on the part of British Intelligence is intended to portray President Putin as a criminal before the Presidential elections and to make a hodgepodge of allegations to divide the pro-Russian allies inside the European Union and implant hatred for Putin within the British community.

The British scheme is in cahoots with what is designed for Russia by the Shadow Government. One source told VT “if the head goes in Moscow, the whole body will decay.” Is this true? They even went further by saying that the Deep State is discreetly plotting nuclear strikes against Russia and China simultaneously.

The Illuminati are now in their hay harvesting days, and the chaos they talked about is pervading the world; and Trump is panting behind them; but their basic goal has not yet been achieved while Moscow is blocking their path.

They are pushing Washington toward a third world war; but things will not be so quick or simple, unless they are ignorant of the consequences of this war, which means the destruction of humanity, not 30% as they claimed.

It is a dangerous escalation of course, and there is no guarantee that an “idiot” somewhere will press the nuclear missile button. But definitely, the outbreak of a third world war would destroy the world, and Russia would lose a great deal.

But the United States would be the biggest loser because of Moscow’s possession of a “very dangerous” weapon that has rarely been addressed. It is the Dead Hand System that resembles AN/DRC-8 in the United States.