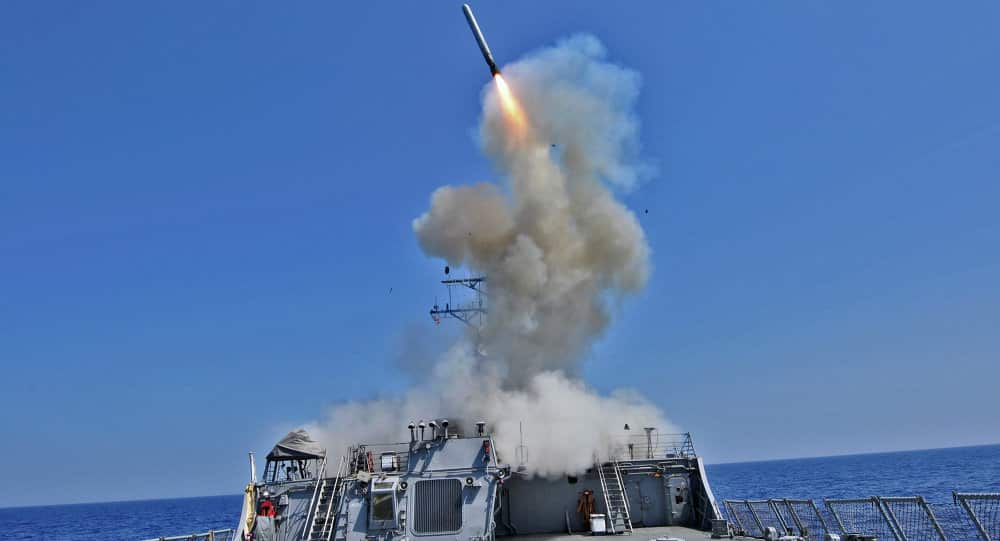 Russia has called on the United States to abandon its unconditional plans for a strike against the Syrian government forces and Damascus, Sergei Ryabkov stated, answering the journalist’s question.

“We’ve warned and warned the US that these plans must be unconditionally refused. Any such unlawful use of force, similar to what happened almost a year ago at the Shairat air base, would be an act of aggression against a sovereign state, as defined by the relevant article of the UN Charter,” he said.

Sergei Ryabkov believes that if the situation in Syria and, in particular, Eastern Ghouta changes for the better, opponents to a peaceful resolution to the conflict could incite the international community by sabotaging this process, possibly by using chemical weapons.

“The situation in Eastern Ghouta has changed radically for the better,” Sergei Ryabkov told reporters on Tuesday.

He drew attention to the fact that tens of thousands of people had already left the danger zone. “All this, of course, infuriates, in the truest sense of the word, the opponents of the government in Damascus; they are looking for new pretexts for attacks on us and on Syria,” Ryabkov said.

“In this situation, of course, any provocations are possible, and we need to be prepared. Provocations could include staging the use of chemical weapons by government troops,” Ryabkov said.

Staged ‘chemical attacks’ will continue in Syria as Syrian troops advance, he added.

Earlier, US Ambassador to the United Nations Nikki Haley said that the US was prepared to act on the use of chemical weapons in Syria. According to him, the United States struck at the Shairat airbase, after a chemical attack in Syria’s Khan Sheikhoun on April 4, 2017, as the UN Security Council “was unable to take action.”

London still refuses to cooperate with Moscow in the investigation of the poisoning of the former Russian double-agent Sergei Skripal, which Russian Deputy Foreign Minister Sergei Ryabkov has described as a massive provocation.

“The British, acting with explicit malicious intent, have delivered some accusations. Once again, without backing them in any way with material evidence, with any kind of basis, rejecting cooperation, and, most outrageously, successively depriving us of consular access to Russian citizen Julia Skripal, who, as we understand, is in a critical state,” Ryabkov told reporters.

“All this is nothing more than a large-scale, multi-layer provocation, which is being conducted via a whole series of unlawful methods,” the deputy head of the Russian Foreign Ministry added.

Moscow once again declares that neither Russia nor the USSR had a program for the development and production of chemical weapons under the conventional name “Novichok”, Russian Deputy Foreign Minister Sergei Ryabkov stressed.

Moscow has called on the OPCW to provide Russia with all information regarding its reasoning for responding positively to London’s request for the Skrypals case, Russian Deputy Foreign Minister Sergei Ryabkov told reporters.On Monday OPCW experts arrived in the UK, where they would meet with the leadership of the military, scientific and technical laboratory in Porton Down and with the representatives of Scotland Yard to discuss the transfer process for testing the samples of the substance with which Skripal and his daughter were poisoned.

Earlier, UK Prime Minister Theresa May said that it was “highly likely” that Russia was responsible for the Salisbury incident and later announced a package of anti-Russia measures, including the expulsion of Russian diplomats from the country, and the suspension of bilateral contacts between London and Moscow.

The Russian Foreign Ministry refuted all the allegations and requested the UK Foreign Office to allow a joint investigation into the case. 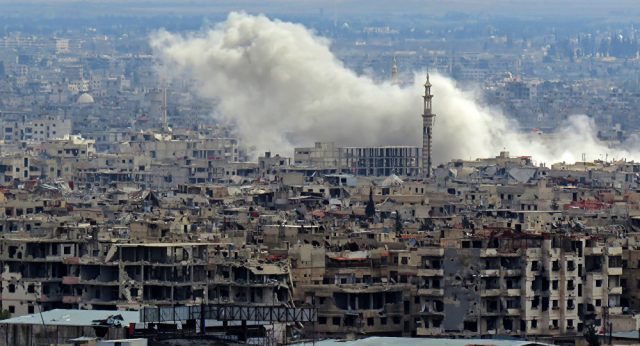 Amid the ceasefire in Syria, militants fired rockets at a busy market in a suburb of the Syrian capital on Tuesday, according to police, cited by Syrian state TV.

“The number of victims is not final, as the shelling continues,” the source pointed out, saying that several rockets exploded in the historic center of Damascus, in the Imara district, as well as in the al-Mazzeh district.

The SANA news agency reported earlier that four people were killed and nine injured in the suburban town of Jarmana, located to the south of the Syrian capital, as a result of the rocket attack.

A woman and a child were among those wounded, according to the agency.

Earlier on Tuesday, SANA also reported that militants had opened fire against the district of al Amzzeh in Damascus, injuring one child.

The situation in the Damascus suburbs has been unstable recently with militants who entrenched themselves in East Ghout conducting attacks on Damascus despite the ceasefire.