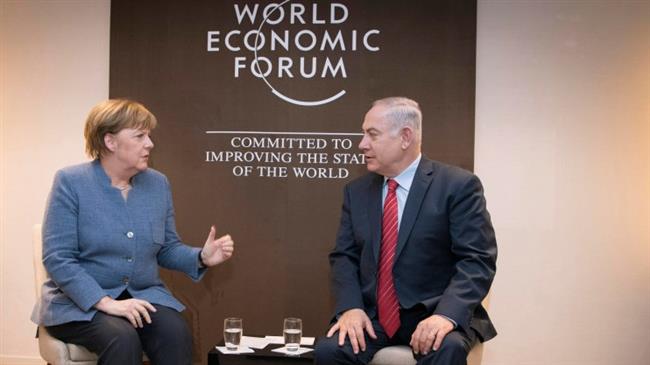 [ Editor’s Note: Merkel shows Bibi that Germany is not on its knees to Israel, nor walks in fear. Not only did she effectively say this to him, but added Britain and France in with it, something that would not have been done without coordination.

She went public today, and confirmed a bedrock observation of the kind that only VT has been publishing, that the US pulling out of the deal will kill the ability to work out future international deals with the US, as it would be viewed as a huge waste of time given such a precedent that the US reserves the right to back out by calling it a “bad deal”.

While Merkel presents this in the context of a third-party country, the unsaid is that the same thing could be done with any EU agreement, or any EU country. In the future, the peaceful resolution of any major world problem via an “agreement” would have a huge shadow hanging over it.

VT has been pinging centers of power in the US which seem to be totally oblivious to the long term consequences of such a precedent. They seem to be captive to what we describe as the “believe your own bullshit” (bYOb) syndrome. If it feels good, do it.

We will watch to see if this momentous public fireball that Merkel has launched at Israel, and indirectly at the US, will wake some people up. And my use of fireball is not hype. She used the “war” word, not something that Merkel throws around casually.

Notice that despite the US’ EU partners having supported the proxy terror war in Syria, with Russia and Iran in the crosshairs, the hostility towards Iran and Russia has not bled over into killing the JCPOA deal.

Now if Merkel would only pony up to the table about the War OF Terror being foisted on Syria, and recently on Iraq, and about the role the West has played to the disgrace of us, then we could credit her with a “two-fer”. I am not holding my breath … Jim W. Dean ] 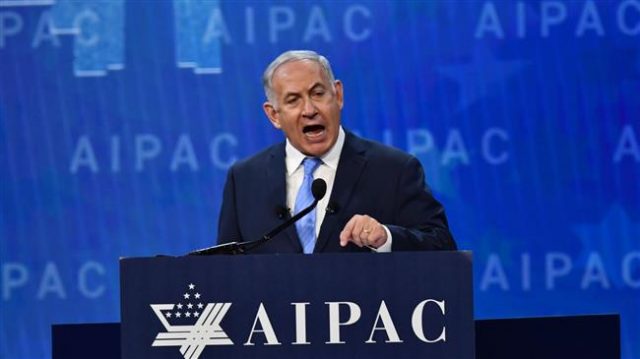 German Chancellor Angela Merkel has warned Israeli Prime Minister Benjamin Netanyahu, a staunch opponent of the Iran deal, against serious repercussions of a US decision to pull out of the multilateral agreement, saying such a move would plunge the Middle East into war.

In a telephone conversation on Tuesday, Merkel said the United States and Israel would clash with their Western allies should US President Donald Trump withdraw his country from the nuclear agreement, officially known as the Joint Comprehensive Plan of Action (JCPOA), according to Israel’s Channel 10 news.

“Do you want that to happen?” asked the German chancellor, who was re-elected by parliament for the fourth time.

During a meeting on the sidelines of the World Economic Forum in Davos in January, the German leader told the Israeli premier that the possible US exit from the JCPOA would also split the West, pitting the US and Israel against other signatories to the nuclear deal.

The TV report also quoted Merkel as saying that she told Netanyahu that Germany, Britain and France would oppose making any significant changes to the multilateral 2015 accord.

The German chancellor added that a US about-face on the JCPOA would undermine the future of international diplomatic efforts as no “problematic” countries would again sign an agreement because “they simply will not believe” that the West will uphold its side of the bargain.

Trump has repeatedly described the JCPOA, which was negotiated under his predecessor, Barack Obama, as “the worst and most one-sided transaction Washington has ever entered into,” a characterization he often used during his presidential campaign, and threatened to tear it up.

He delivered a 120-day ultimatum to America’s European allies on January 12 that they must agree to “fix the terrible flaws of the Iran nuclear deal” or he would refuse to extend US sanctions relief on Iran and would pull out of the deal.

The US under Trump has been seeking a revision of the deal and making modifications to it, such as the inclusion of Iran’s missile program in the agreement.

Iranian Foreign Minister Mohammad Javad Zarif on March 16 warned the United States against the “painful mistake” of pulling out of the 2015 Iran nuclear agreement.

“Considering what has been envisaged in the JCPOA in the field of research and development and the Islamic Republic of Iran’s continued measures to develop its peaceful nuclear capability, if the US makes the mistake of exiting the JCPOA, it will definitely be a painful mistake for the Americans,” Zarif told reporters.

During the phone call, Netanyahu voiced his reservations to the nuclear agreement, claiming that it still leaves Tehran with a pathway to obtaining a nuclear weapon.

The European Union foreign policy chief, Federica Mogherini, said on March 19 that the bloc has no plans to impose more sanctions on Iran after reports emerged that European signatories to the JCPOA have proposed fresh sanctions against Tehran under the pressure of Washington.

“There is no proposal of additional sanctions against Iran. It is clearly not a matter of adding sanctions – no proposal in this respect today and clearly, no decision,” Mogherini told reporters upon her arrival at a meeting of the Foreign Affairs Council.