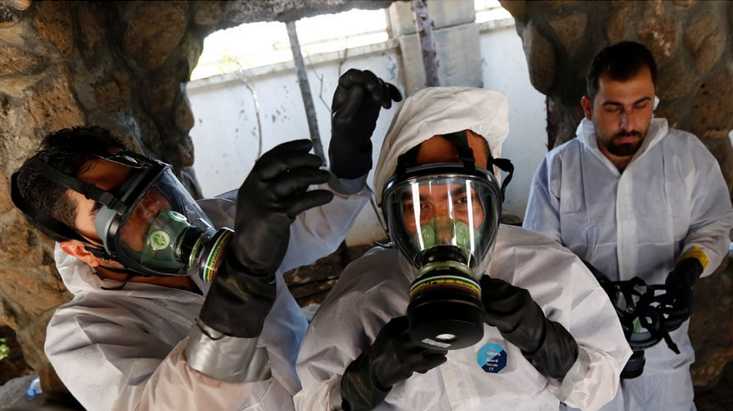 [ Editor’s Note: British Intel was out of its mind to get sucked into this fiasco. Even the dead will know that the Brits are now suspects number one, even if they contracted out the execution of the operation to a third party to eliminate any potential British ones.

The Brits’ refusal to turn over a sample to Russia was an early giveaway that they had to protect the scam.

And it has been working, as world media has taken its cue and published virtually nothing about the huge chemical-weapons caches found in East Ghouta that are way beyond the needs for doing a couple of false flag incidents.

And mind you that this 40 tons mentioned below does not include what could be found in the remaining Ghouta terrorist bastions.

Unfortunately, we think the Syrians have flubbed getting the details of the American equipment involved made public. VT offered to trace its path for the US manufacture to its last recorded position before it was illegally taken into Syria. The Al-Tanf area is most suspect. 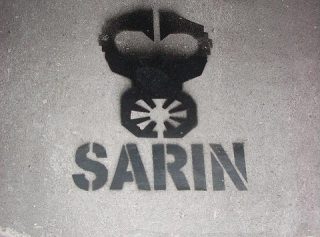 Khan Shaykhun fake gassing incident set the standard for laying blame with no independent investigation, but instead we had jihadi witness reports only, and no chain of evidence control to support the Turks quickly confirming that sarin was used, with no effort to determine if that was true or whose sarin was it.

All the procedures needed to validate a real investigation were mysteriously done away with so that we could see a speedy response, and where Trump got to play war crisis leader. That false flag was a crime against humanity – this British incident just reeks of the same.

The problem the world now faces is what action to take when a Western country does such a thing and refuses to cooperate in the investigation, which Britain is now doing.

No sanctions procedure is in place; and this charade has dominated the news without a single mention of motive on Russia’s part – another major give-away of a false flag operation run on all the rest of us, with Americans involved… Jim W. Dean ] 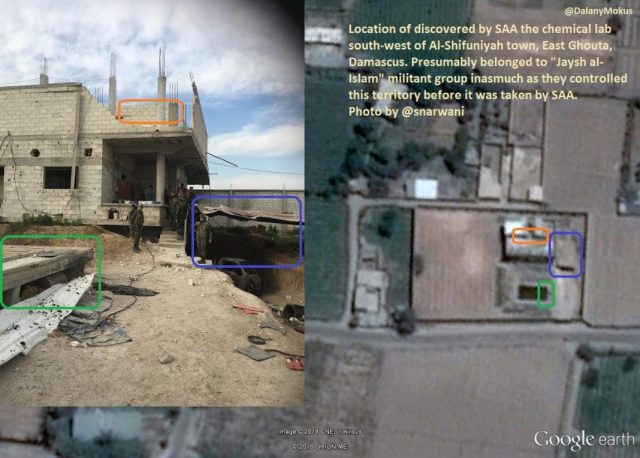 Chemical weapon production facilities have been discovered in the areas liberated from militants in Syria, the Russian Defense Ministry says.

More than 40 tons of chemical weapons were abandoned by retreating militants in the war-ravaged country, the ministry said on Wednesday. “The Syrian Foreign Ministry pointed out that more than 40 tons of poisonous substances were found on the territories, liberated from terrorists,” Igor Kirillov, the commander of Russia’s Nuclear, Biological and Chemical Protection Forces, said on Wednesday.

The official was speaking at a press conference in Moscow concerning the poisoning of former Russian double agent Sergei Skripal. London and some of its Western allies blame the incident on Moscow, saying it has used a Russian-made nerve agent.

Kirillov said the West won’t back off and is prepared to use any means necessary to discredit Russia. The official recalled the example of Syria’s Khan Shaykhun.

The commander also criticized the international bodies for their refusal to work with Damascus in investigating the alleged chemical attacks in the country.

In late February, the Russian Reconciliation Center in Syria said it had obtained information that militants in the Damascus suburb of Eastern Ghouta had been “preparing a provocation with the use of poisonous substances in order to blame the government forces of using chemical weapons against civilians.”

The release of this data “has foiled the plans of the US-led coalition to strike key Syrian military targets in order to change the balance of power in favor of the so-called ‘moderate opposition,” he said.

“The shift in focus of the 87th session of the OPCW (Organization for the Prohibition of Chemical Weapons) Executive Council from the Syrian chemical dossier to the unsubstantiated accusations against Russia over the chemical attack in Salisbury and the violation of the Chemical Weapons Convention only confirms the conclusion that the coalition’s goals have been thwarted,” Kirillov noted.

The alleged chemical attack in Khan Shaykhun in the Idlib Governorate took place on April 4, 2017 in an area controlled by Al-Nusra Front terrorist group. Up to 100 civilians were said to have been killed by sarin gas, released in an airstrike by Syrian government forces.

Washington immediately rushed to blame Damascus for the attack and fired 59 Tomahawk cruise missiles at the Shayrat Airbase, claiming it was the very compound from which jets allegedly armed with the chemical took off.

Syria, which was confirmed to have destroyed its sarin stockpiles under a deal brokered between Russia and the US in 2013, has denied the American accusations.

Russia also pointed out that thorough impartial investigation of the incident never took place, with OPCW experts refusing to visit Khan Shaykhun. It has argued that the attack could have been staged.