‘No smoking gun’: Smack in the face for May as EU fails to back British escalation over Skripal

[ Editor’s Note: We have to take this story with a grain of salt because it is not Russia that is not cooperating but Britain, in not turning over a sample to Russia as required under the protocals. The EU document drafters are well aware of that and how important it is.

It is walking the middle road here by not endorsing the Brits’ unproven claims, so if the story blows up there will be no splatter on the EU. All those countries are well aware of Britain’s history of false flags, and when pairing up with the Israelis they are double trouble.

I am waiting for the day when the EU wants to “condemn in the strongest possible terms”, things like NATO ‘s Gladio false flag attacks and its support proxy terrorist groups in Syria engaged in crimes against humanity, and for which we have vast amounts of verification.

Countries, especially coalitions, really stick their necks out when they feign horror over an event like this. Operation Gladio terror rolled on for several decades without any one of the EU governments blowing the whistle that it was NATO making sure the communists would win fewer city and regional elections.

They have remained silent to this day, especially Italy, but not VT. Those murdered by their own governments sworn to protect them still want vengeance … Jim W. Dean ] 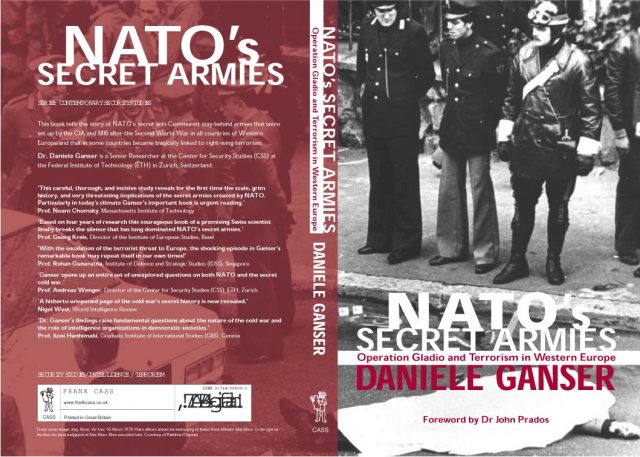 The UK was quick to point the blame for the Salisbury attack – but its own allies are refusing to do the same. Reports suggest EU leaders gathering in Brussels are backing away from British attempts to condemn Moscow.
–

After former double agent Sergei Skripal and his daughter Yulia were exposed to the A-234 nerve agent (also known as ‘Novichok’) in Salisbury, UK Prime Minister Theresa May blamed Russia. Britain said it was “highly likely” to be a Kremlin-backed act of aggression, despite repeated denials from Moscow.

READ MORE: Accusations and threats, but where are the facts? – Russia challenges West on truth

A draft text from EU talks on the matter has emerged condemning “in the strongest possible terms” the attacks. The phrase was added to the draft text that EU leaders will discuss at a summit in Brussels on Thursday and Friday, which was obtained by Politico.

However, the question of attribution was not changed. The UK has been pushing for the Kremlin to be recognized as the perpetrator. Yet, its allies in Brussels appear to be refusing to cast judgment ahead of the evidence, unlike Downing Street.

The text says: “The EU takes extremely seriously the UK Government’s assessment that it is highly likely that the Russian Federation is responsible. The European Union is shocked at the offensive use of any military-grade nerve agent, of a type developed by Russia, for the first time on European soil in over 70 years.

The use of chemical weapons by anyone under any circumstances is completely unacceptable and constitutes a security threat to us all. The Union calls on Russia to address urgently the questions raised by the UK and the international community and provide immediate, full and complete disclosure of its Novichok programme to the OPCW.”

Diplomats familiar with talks said Greece and Italy did not want the language changed. “They say that there’s no smoking gun, or at least not yet,” said an EU diplomat to Politico. Greece has denied calling for alterations but admitted it lobbied for a more “clear” text.

Theresa May’s team has been hoping for unequivocal world backing, but has not received it. She expelled 23 Russian diplomats from London last week, and has threatened further punishment.

The UK said it was not a snub by Brussels that the language is cooler than last week, especially that used by Germany and France, but said getting 27 countries to agree is difficult.

It is especially damaging for Theresa May after President Putin was praised by Trump in a call after his re-election on Sunday, despite her hopes the special friendship between the UK and the US would see Trump backing her fully.

Jean-Claude Juncker also upset the UK after sending a congratulatory letter to Putin. EU leaders will discuss the new text over dinner at the European Council summit Thursday.

Despite Britain’s allegations against Moscow, Russia has repeatedly insisted that the Kremlin had nothing to do with the attack on former double-agent Sergei Skripal and his daughter in Salisbury.

Russian President Vladimir Putin dismissed the UK PM’s allegations, saying it was “nonsense and absurd to claim that Russia would do anything like that before the elections and the World Cup.”