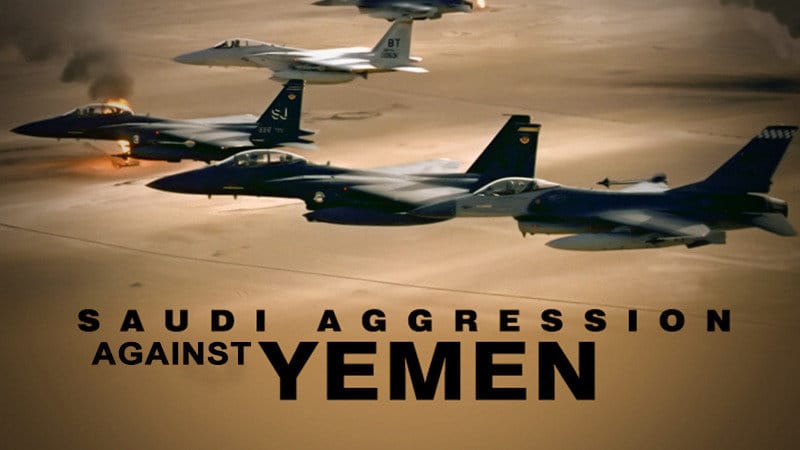 Defense Secretary Jim Mattis has called upon Saudi Crown Prince Mohammed bin Salman to find an “urgent” political solution to the devastating three-year-old conflict in neighboring Yemen, which has claimed the lives of thousands of people and left the impoverished nation’s infrastructure in ruins.

Mattis and bin Salman met at the Pentagon on Thursday as the de facto ruler of the Arab kingdom is on a tour of the United States, which began earlier this week with a White House visit.

“As you discussed with President (Donald) Trump on Tuesday, we must also reinvigorate urgent efforts to seek a peaceful resolution to the civil war in Yemen and we support you in this regard,” the US defense secretary told his Saudi counterpart.

The Saudi crown prince, speaking through a translator, told Mattis that cooperation between the Pentagon and Saudi Arabia has “improved tremendously” of late.

The remarks came only two days after the US Senate killed a bipartisan bid seeking to end US support for Saudi Arabia’s aerial bombardment campaign in Yemen.

Mattis had lobbied Congress to reject the bill, claiming that restrictions could increase civilian casualties in Yemen, jeopardize the so-called counter-terrorism cooperation between Washington and Riyadh, and “reduce” Washington’s “influence with the Saudis.”

About 14,000 people have been killed since the onset of Saudi Arabia’s military campaign against Yemen in March 2015. Much of the Arabian Peninsula country’s infrastructure, including hospitals, schools and factories, has been reduced to rubble due to the war.

The United Nations says a record 22.2 million people are in need of food aid, including 8.4 million threatened by severe hunger.

A high-ranking UN aid official recently warned against the “catastrophic” living conditions in Yemen, stating that there is a growing risk of famine and cholera there.

“After three years of conflict, conditions in Yemen are catastrophic,” John Ging, UN director of aid operations, told the UN Security Council on February 27. He added, “People’s lives have continued unraveling. Conflict has escalated since November driving an estimated 100,000 people from their homes.”

Ging further noted that cholera has infected 1.1 million people in Yemen since last April, and a new outbreak of diphtheria has occurred in the war-ravaged Arab country since 1982.

US OKs possible sale of TOW missiles to Saudi Arabia

Meanwhile, the US State Department said in a statement it had approved the potential sale of TOW 2B anti-tank missiles to Saudi Arabia.

The State Department said it had notified the US Congress of the possible military equipment sale, which is worth an estimated $670 million.

“This proposed sale will support US foreign policy and national security objectives by improving the security of a friendly country which has been, and continues to be, an important force for political stability and economic growth in the Middle East,” the statement said.

A report by the Stockholm International Peace Research Institute (SIPRI) revealed earlier this month that the US has increased its arms sales by 25 percent over the past five years.

According to the SIPRI report, Saudi Arabia increased its arms purchases by 225 percent over the past five years, importing 98 percent of its weapons from the US and EU countries.