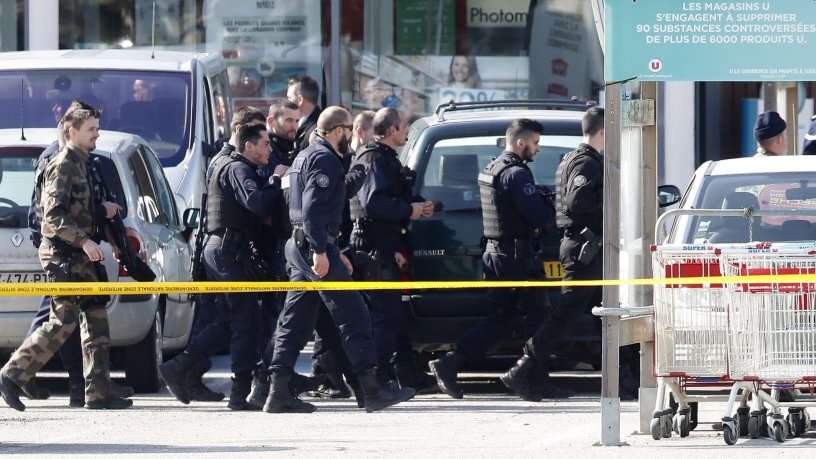 [ Editor’s Note: The latest lone-gunman terror attack could have resulted in many more dead but for a police officer who will be remembered forever.

Lt. Col. Arnaud Beltrame made the decision to swap himself for several hostages so he could place his live phone down for the SWAT team outside to hear what was going on inside.

All we know at this point is that when the shooting started inside, the team went in, shot the perp through the head, but not before he had shot Beltrame twice. He died of his wounds today.

But the ISIS-inspired shooter, in revenge for “Syria” did not get to use his two IED’s to kill more. The dead and wounded inside were shooting victims, it seems.

Radouane Lakdim, 26, a Moroccan-born French national who thought he would go out with a bang, will go out as a loser, a petty thief and drug dealer, all forbidden under the Koran, so he was a fake Muslim, as all the extremists are.

Press TV gave me four minutes to share my views. I long for the day to not have to do shows like these about losers killing total strangers for a fake or lost cause, when it is those behind the terror that really need some cold justice … Jim W. Dean ]