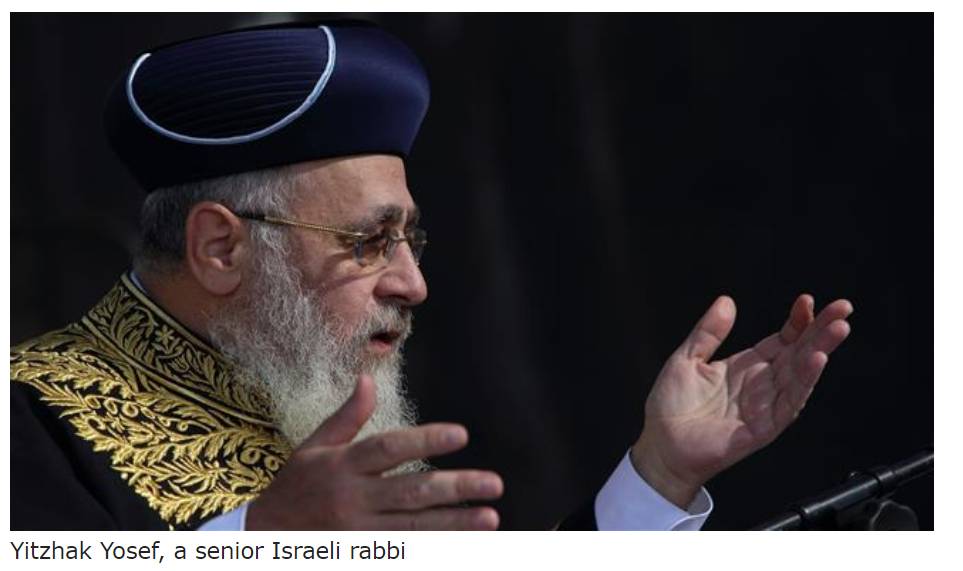 Amid Israel’s controversial policy of forcing African migrants back to the continent, one of the regime’s chief rabbis calls black people “monkeys.”

Footage released by Israeli media shows Yitzhak Yosef used a derogatory Hebrew word to refer to black people and went on to call them “monkeys” during his weekly sermon.

This is not the first time Yosef attracts controversy. Last May, he suggested that secular women behaved like “animals.’

In March 2016, he urged Israeli forces and illegal settlers to kill Palestinians, whom they suspect of planning attacks on Israelis.

Yosef’s Saturday remarks came after Israel’s Prime Minister Benjamin Netanyahu said in a speech that migrants entering Israel were a bigger threat to the regime than terrorism.

In January, Israel started implementing a plan to deport nearly 38,000 migrants, mainly Eritreans and Sudanese, threatening to detain those who refused to leave. The refugees say they have fled from danger at home.

The deportations of the immigrants – almost all African Jews – are creating a religious controversy in Israel, and prompting an outcry from international rights groups.

The plan, initially approved by the Israeli cabinet last November, has drawn concerns from the United Nations refugee agency, which has called it incoherent and unsafe.