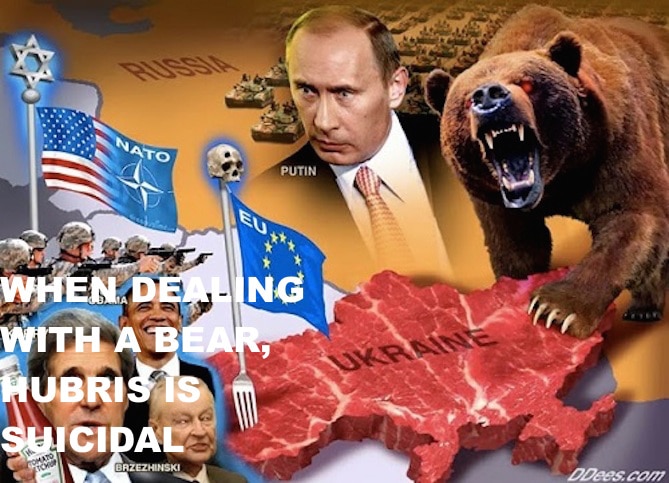 Support these shows (and get early access)—subscribe on Patreon!

The Saker is one of the our best geopolitical analysts. In this interview we begin with issues from his recent article “When dealing with a bear hubris is suicidal,” which discusses the increasing absurdity of such obvious Western false flags as the “Skripal nerve gas attack”—par for the course for “an Empire built (and maintained) on lies, accepted on the basis of ignorance, justified by hypocrisy and energized by hysterics. This is what the ‘Western world’ stands for nowadays.”

Is the Empire’s pathological behavior rooted in Western arrogance and millenarianism dating back to medieval times? Is the current official elite religion of Anti-Religious Religious Fundamentalism (AARF) even more dangerously fanatical than traditional religious fundamentalism? Are Western elites secular humanists or satanists? Is there a meaningful difference between those categories? Why are they willing to risk nuclear war with over 500 million dead to push forward a hopelessly implausible scheme for a one-world empire? What can we do to stop them? These are some of the questions considered in this very stimulating hour of conversation.