[ Author’s note: “‘While Lucifer, ambitious and arrogant, full of immoderate desires, was cast out of heaven, when falling from heaven, he chipped the corner of a star: which fragments rolled within space and were stopped by the earth. Stone from heaven, pure and perfect stone since it fell from heaven; it was the Lapis ex Caelis of the Grail!”

This is why Antonin Gadal could not find the Grail, nor the “Table of Solomon [Emerald Tablet of Thoth],” and Otto Rahn could, even though they looked in the same places. As for Mary Magdalene and her entourage settling in the Sabarthes, that is why the Norse called the Wave Maidens the ladies of the mountains. She is the Grail, and Lucifer the Spear. We are talking about sexual organs my friends…

You should Understand that when you call Lucifer ambitious and arrogant, full of immoderate desires for only wanting what is his, then you have given his enemy, or more correctly the Agent of his enemy permission to barbecue you and everything you ever loved alive. This is why the Templars could not defend the Cathars like they later did the Scots under Robert the Bruce in the Battle of Bannockburn…

Like I said in parts 2 and 3 of Peter Pan Meets Pyramid Head, I got into this to sell a book, one book. 2009 I didn’t even know how to type (I’ll bet I can give a stenographer a good run for their money now). Little did I know, in fact I didn’t know anything at all of what I was getting into. Bottom line is I never did sell that book and now, compared to how I lived before I developed this nervous affliction of keyboard pecking, I live in appalling poverty. I promised in a recent comment that I would carry on, and I will for as long as I can; however that is not going to be for very much longer without financial backing.

Towards that end, we have moved this blog over to Patreon. Now I’m good for at least another four years of this, but not under the current conditions. We will need proper funding; telling the truth cost a lot of money in lost income. So for now on it will be up to those who read me how long I continue to write… Jack ]

Much of what we have been writing lately, indeed much of what Miguel Serrano wrote, heavily references the Cathars. You should not get the wrong impression and start thinking that authentic references to the Cathar belief system are readily available to academics. When the pope erases something from history, it stays erased, that’s power, raw power…

Most of the information we have about the Cathars has been pieced together, painstakingly by true believers, most of them French; with the Jesuits, an organization originally founded for just this purpose, running interference, dissembling with every available tool, going on 500 years now. Although they may have been influenced by eastern esoteric doctrine, the Cathars were by no means some praeterhuman secret society of Magi working from the ‘deepest darkest shadows of Luciferianism…’ If they were, the pope never would have defeated them as easily as he did… That would be the Knights Templar, the true guardians of the secret, who had far more use for the Cathars than they do for the pope…

We are going to be discussing Otto Rahn, maybe the most important man in history. Again it’s no accident most have never heard of him. Rahn was not only an archeological detective whose work even surpassed Heinrich Schliemann, he was a great writer, just as good as  – dare I even say it – Hermann Hesse. His work should be included in every academic curriculum higher than chimpanzee, right alongside Der Steppenwolf. Rahn wrote two books linking Montségur and the Cathars with the ‘Grail…’ Kreuzzug gegen den Gral (Crusade Against the Grail) in 1933 and Luzifers Hofgesind (The Court of Lucifer) in 1937. The first book was distinctly Christian reformist in its intentions; the second was just as Luciferian as anything Miguel Serrano would later write.

Please support us on https://www.patreon.com/jackheartwriter Both Serrano and Rahn were schooled in mysteries and traditions far older than the Pontifex Maximus, who himself goes back to before the founding of Rome. It’s obvious from his books that Rahn learned these secrets in the years following his discovery in late 1931.

It was a discovery of something that could create alternate realities, something transcendent of time and something hidden since time out of mind in the caverns of Ornolac in the Sabarthes beneath Montségur.

Before we tell what can be told about Rahn and of course Lucifer and Lilith, it would be good to dispel some misconceptions our readers may have gotten about Catharism. Catharism is Christianity, not a schism; Catholicism as the Cathars contended is the schism.

There have been only two real authorities on Catharism, one is Rene Nelli Serrano’s expert, and the other is Antonin Gadal, his predecessor and Rahn’s expert. Below is a link to a detailed synopsis of Antonin Gadal’s work.

The section titled The Source sums up four hundred years of French archeological and scholastic research on what was the Cathars or the Albigensian Heresy, as the pope likes to depersonalize his victims…

If we often hear the words: Catharism, Grail, Gnostics, Brotherhood of Love, Templars, Rosycross, it is because there is a secret link between them that must be progressively brought to light. And this in order to discover to which reality it is connecting us and what should be accomplished.

Gadal once said:
‘Amidst an enormous amount of old papers – as erronous one from another – about “these poor Cathars” – so rich in Spirit! – I wanted to part with my long silent work in order to restate this question.

Doctrine, Gnosis, Pyrenean Grail, Druidism, the Sabarthes, a little history, the Inquisition tribunal of Pamiers, all presented that beautiful Kingdom of Love, which provoked the bloody hatred of the corrupted clergy of the Middle Ages and which Rome annihilated with a pitiless hand.

It is not a call for hatred or revenge, as I have often written or repeated. We cannot be a Cathar if we are not able to forgive: “God is Love!”… It is the summary of that “path of the Holy Grail”, so beautiful, so long and so difficult, which leads to the sanctification in Christ, goal of any initiation, supreme way to Goodness, Beauty and Love.

What does matter are the sources, not the numerous councils held by Rome to fight ideas or men who would not submit to “dogma and to a faith without insight”.’

THE SECRET GLORY (2001) is a documentary (With English subtitles) about the story of SS officer Otto Rahn and his search for the Holy Grail. “Otto Rahn was born in the small town of Michelstadt in Southern Germany on February 18th, 1904. A solitary, introverted boy, he assimilated the bare bones of German Romanticism through avid childhood reading of Greek, Roman and Nordic myths and legends. In addition to this, all around him the romantic spirit was alive and well in the Rambler’s Associations and Mountaineering Clubs which began to flourish around this time. For Rahn, this generalized affinity with romanticism became refined into an all consuming obsession with the legends of Parsifal, the Holy Grail, Lohengrin, and the Nibelungenlied. While attending the University of Giessen, he was inspired by his professor, Freiherr Von Gall, to study the Albigensian (Catharism) movement, and the massacre that occurred at Montségur. Rahn is quoted as saying that “It was a subject that completely captivated me””.

The books of Otto Rahn in translation on Archive.org:

Crusade Against The Grail

The Court Of Lucifer 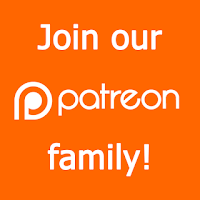