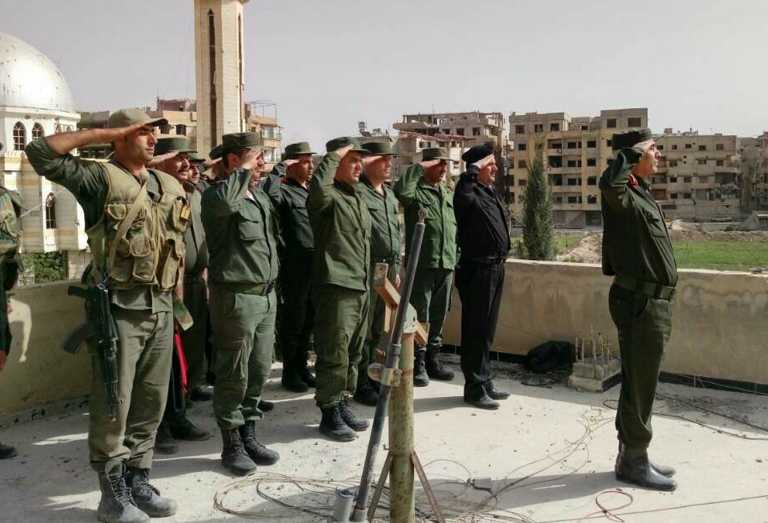 To President Assad and the Syrian people

Let us make Syria’s victory one the world can share

The Editors and staff of Veterans Today congratulate the Syrian People, the Syrian Arab Army and the stalwart leadership of President Assad on their long and hard-fought victory over the US Coalition-backed terrorists in East Ghouta.

Syria has stood firm in the face of the most vicious propaganda war in history, a continual victim of false flag terrorism and fake news orchestrated by the Western media but clearly financed through the US-Riyadh-Tel Aviv axis of evil.

This has been our contribution at Veterans Today, exposing their machinations, shedding light on their plans and telling the real story of the Syrian people.

While the military victory is being celebrated now, it will be just a partial victory if the historical battle against the War of Terror is not also won. By that we mean our taking control over the pen that will write in the blood of the martyrs the historical record of the endless war crimes and crimes against humanity that were savagely imposed on Syria by its enemies, close by and far away.

This effort will be the key for the massive reparations due by all the countries that aided and abetted the proxy terror war on Syria. We must do this thing not only for justice for the Syrian people, but to protect future victims from being assaulted the same way.

For the Western countries who ascribe to themselves the protectors of freedom and democracy, we must snatch that false honor from their hands.

We must join hands to push forward a new effort in the United Nations to face the biggest security threat to most nations. And that is we must construct a united response to the real state-sponsors of terrorism who claim sovereign immunity for their crimes.

This is the justice that Syria’s and Iraq’s victims cry out for from the grave. All nations of the world are called to stand with this principle and to remain among us, or be cast out into their own special club of rogue nations that are a law unto themselves.

The final victory can only come when we have made sure this can never happen to another country. If the United Nations is powerless to accomplish this, then it is time that the UN is replaced with something that can.