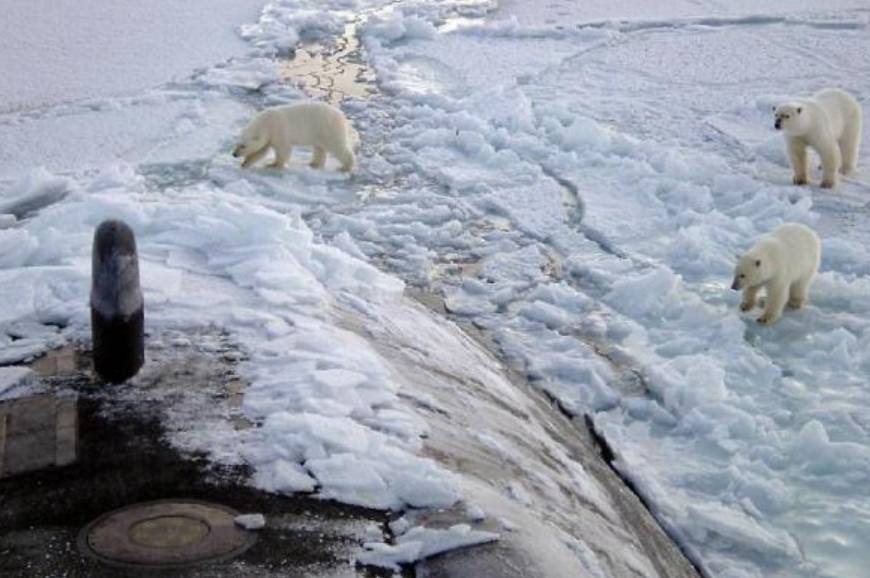 The British have thus sent a signal of intimidation to Russia and recently re-elected President Vladimir Putin, Focus said noting that the submarine was not carrying nuclear warheads.

The British Navy takes part in ICEX exercises that take place every two years and last for several weeks. Royal Navy submarine HMS Trenchant broke through the Arctic ice about seven days ago to join two US submarines for the exercise.

At the same time, US submarines Hartford and Connecticut were stuck in the Arctic ice as they were training an attack on Russia. According to the legend of the exercises, the US submarines were supposed to surface and strike conditional targets in Russia, but the thick ice prevented them from fulfilling the scenario of the exercise. It is worthy of note that US Admiral Jim Pitts stated that the presence of the American fleet in the Arctic region was a guarantee of security and protection for EU countries.

Given the recent developments on the international arena, the West may accuse Russia of using another secret weapon – Arctic ice, Russian newspaper ironically concluded.