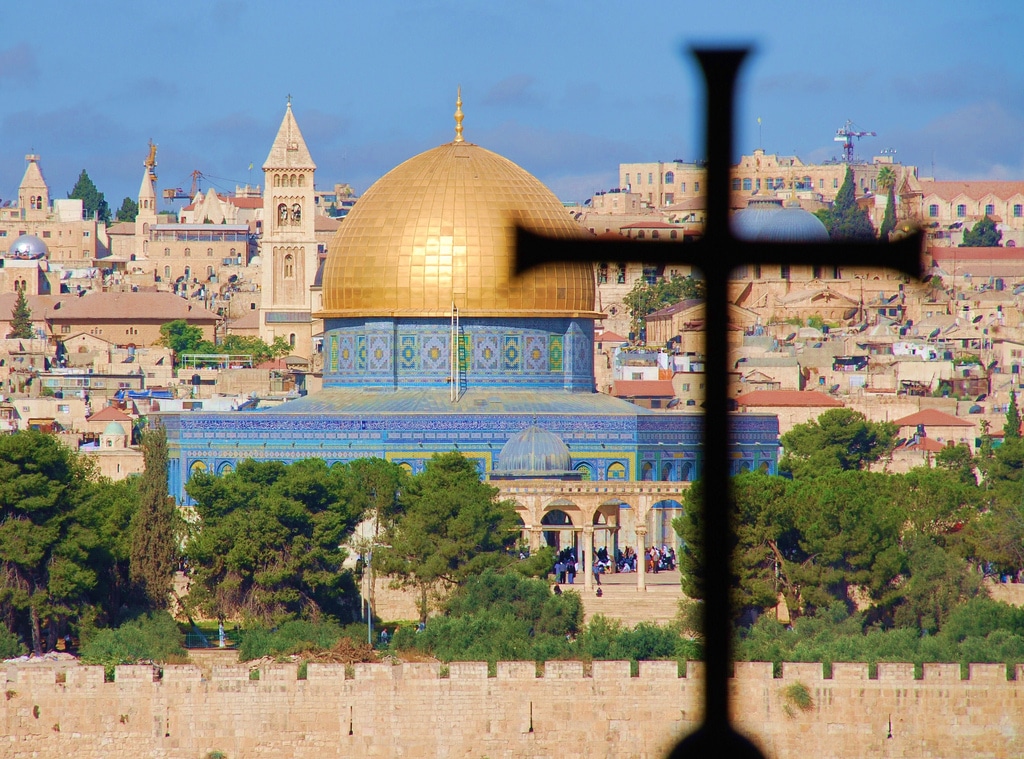 For the last few months or so much talks has taken place between certain Arab leaders including Palestinians and key figures in the Trump administration, all of whom are Israeli-First; Jared Kushner, Special Envoy Jason Greenblatt, Israeli-American ambassador to Israel David Friedman been meeting and discussing President Trump “Deal of the Century” and now with the appointment of John Bolton, this complete President Trump Israeli cabinet in the White House and the “Deal of the Century”.

For sure Mr. Trump and his Israeli First cabinet and advisors will use the Torah as a guide and acting like God will distribute the land of Palestine (what is left of it as they wish).

The Palestinian people both under Occupation and in the Diaspora have also been living a dream that one day under the PLO leadership they will have an independent free state of Palestine, such state will not take place on the land of Palestine, it will remain a dream never realized and they are to blame for it for trusting a failed corrupt organization for so long.

If Lord Balfour gave his promise to Zionism to create a homeland for the Jews in Palestine, then Yasser Arafat and his PLO gave such legitimacy for Lord Balfour promise by granting Israel full and unconditional recognition ( Occupation, Jerusalem, no return of refugees) in return for Israel recognizing the PLO as “representative of the Palestinians” and granting the PLO and Fatah exclusive franchise to manage and operate the Occupied Territories for and on behalf of Israel, funded by the US, EU and Israel and US Arab allies.

For 25 years Yasser Arafat and the PLO lied to the people about an armed revolution that was corrupt, incompetent and full of shortcomings. While poor young men from refugee camps died for the revolution, children of the PLO/Fatah leadership were given full scholarship to study in the best universities in the US and Europe.

This fraud came full circle when Arafat and the PLO signed Oslo as a management company, a limited close company for senior members to manage the Israeli Occupation.

The lies continued for over 25 years, with both Arafat and Abbas promising

people that through “peace process” they will secure for the people a free and independent Palestinian state. While the PLO leadership is chasing rainbows, Israel is stealing the land under their eyes.

Since Oslo Israeli illegal settlements more than quadruple, with more and more land stolen and confiscated to build an ever expanding Israeli settlements, to see the massive ethnic cleansing of Arab Jerusalem, the completion of the Apartheid Wall that took with it all the water resources and split farmers form their farms and split families from each other and saw the expansion of house demolition and the incarceration of hundreds of thousands of Palestinians, not to mention the daily humiliations of over 2.5 millions daily at the more than 550 “security checkpoints”.

Of course the PLO leadership do not see all of this since Israel’s issued VIP passes makes it possible for them to zip through while thousands are processed as cattle.

All along the PLO leadership trusted the US as the honest broker knowing full well that Israel and its continued military and settler’s occupation is a domestic issue and that the US since the days of Lyndon Johnson was never and will never be an honest and fair broker. Yet for the funding it received to manage the Occupation the PLO went along with the lies and the fraud.

Even the whole talks of an “economic peace” with promises of tens of billions of investment and the employment of hundreds of thousands all turn out to be a big hoax with Tony Blair making a killing out of this massive fraud.

While hundreds of thousands of Palestinians saw their economic fortunes go down the drains, the bank accounts of the PLO and Fatah leadership was getting fatter and fatter.

To complete the circles of lies and incompetency, both Fatah and Hamas been playing this game of cat and mouse meeting in many places, spending millions on talks that has to do with reconciliation knowing well that such reconciliations will never take place without Hamas giving Ramallah full and unconditional control over Gaza and full control over all the financial resources.

Gaza and the people of Gaza are hostage to Ramallah’s needs to have total financial and security control over Gaza consistent with its obligations to Israeli security under Oslo Accord.

The Case for the OneStateMovement:

Knowing well that the US, Europe, Russia, China, the UN, the PLO and the Israeli present government will never enable an independent Palestinian state even on a faction of historical Palestine, let alone with Jerusalem as its capital, the only way forward to cut off the road for “Deal of the Century” is a massive movement seeking the support of the Palestinian people those under Occupation in the West Bank, those under siege in Gaza and in the Diaspora to line up and join the OneStateMovement.

This may seem a far-fetched dream given all the evil forces both Israelis, Palestinians and Americans that stand in the way of the One State, all for their own selfish reasons. The Israelis have to understand notwithstanding America’s unconditional support for Israel and its continued Occupation, the hope, security and peace lies with the Palestinian people not with members of Congress or AIPAC or the PLO or Hamas.

Yes, there is lots of anger, mistrust, frustration even hate on all sides, but that will never last. There are many historical cases where hate, racism, conflicts even wars were taken over by forces of people of good will on both sides.

The future for the people of both Israel and Palestine does not lie with the PLO, Fatah or Hamas, certainly not the US, AIPAC, Likud or Labor but with a massive people to people movement a partnership between both Israelis and Palestinians working together free and independent from political institutions that brought them nothing but conflicts wars and grief. Join us and join the future. Join the #OneStateMovement now.