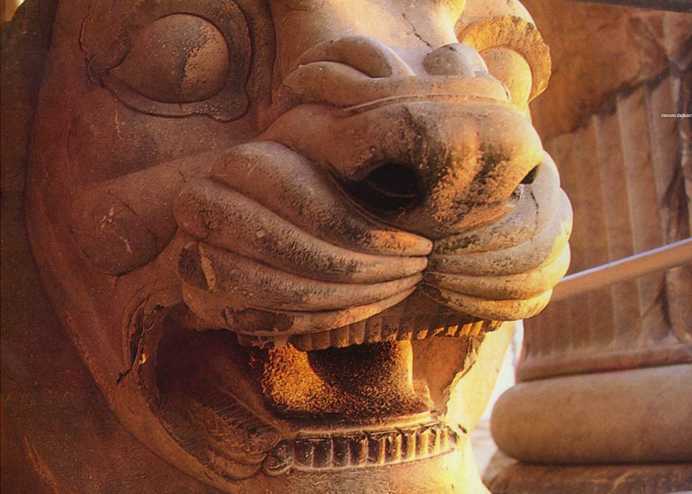 [ Editor’s Note: This is part 2 of a written question interview, my first one with IRNA, the largest readership in Iran. I had sent back longer than usual answers to their questions, ones difficult to really answer shortly to be of any value reading, so they split this up into two parts.

This was published in both Farsi and English, always nice for the potential to get some feedback from Iranians. Gordon and I are hoping to get some discussions going about doing some cultural exchanges when we are able to get over there.

The New Horizon Conference, their 6th one, was postponed from its initial early March date. We were hoping to stay after the conference to do some brainstorming over “where do we go from here”, the kind of discussions better done face to face.

We have recently become aware of the famous American Iranologist, Richard Frye, from Harvard and many other stops along the way until he passed away in 2014 at 94. He had a long journey from his days as one of the early OSS officers in WWII, using his language and code skills.

His last project with his close friend and editor was a fascinating study of how our own Founding Fathers were inspired and drew upon the philosophy and methods of governance of Cyrus the Great and his successor Darius the Great.

They set an example of good governance for our own US model, something of which I was totally unaware.”  These values were embodied and put into practice in Iran by the contemporary of the founding Fathers Karim Khan Zand, as reflected in his opting to beAttorney of the People instead of Shah.”

Our concept of freedom of all religions enshrined in the First Amendment to the US Constitution by Jefferson and Madison was inspired by the Great Persian Kings and adopted for the new America.

From those most progressive days, we have sunk down to a groveling, unipolar-power fake claim to greatness… Jim W. Dean ]

New York, MIRNA – An American journalist believes that the United States does not want any crisis in the Middle East to be settled and the US defense companies with their delegations in the White House and the Congress want the military expenditures to go on forever.

In an interview with the Islamic Republic News Agency (IRNA), in New York, Jim W. Dean, Managing Editor of Veteran Today said the US wants to create an excuse to stop the economic development of Iran which can certainly outpace all other countries in the region.

The following is the full text of the interview:

‎Q: Iran’s Foreign Minister Mohammad Javad Zarif says, “Iran wants that nuclear agreement to be ‎the ‎foundation and not the ceiling”. Why does the US administration not want to use the JCPOA as ‎a ‎platform for diplomacy with Iran to address international issues such as extremism, ISIS and the ‎crises in Yemen and ‎Syria?

JD: The US does not want anything settled. It does not want peace. All that would do is remove any ‎reason for all the forward deployment of US military forces, which is a never ending annuity income ‎for all the big defense companies that have the rich logistical support contracts.
‎
These companies, the states they are in and their Congressional delegations all want these military ‎expenditures to go on forever. It is an addictive disease where everyone is focused on the short-term ‎dollar to be made and not the long-term damage to the progressive economy.
‎
The whole point of the JCPOA controversy is to create an excuse for the US, Israel and Persian Gulf State ‎Coalition to put the brake pedal on Iranian economic development, which would of course outpace ‎everyone else in the region.
‎
They want to put Iran in a “time out box”, like in a children’s nursey school for bad behavior, ‎relegating it to a colony where it agrees to have its economy occupied. No proud nation would ever ‎accept this without force, which is what the US Neo-Imperialist Coalition is trying to do. ‎

Q: How would you see the future of NPT and nuclear disarmament if the US withdraws from the ‎Nuclear ‎Agreement with Iran?

JD: The US has already doomed the Non Proliferation Treaty for destruction. What we are viewing now is the step-by-step ‎process and a psychological intelligence operation to put the blame on other parties, the targets ‎actually.

We are headed into a nuclear arms race with the bogeyman stage being shared by Iran and ‎Russia, when both have had their hands full in defending themselves from not only the US coalition ‎military threats, but economic warfare via sanctions. ‎

Putin in his famous 2005 Munich Conference speech had laid out in detail the breach of the US and ‎NATO agreement to leave eastern Europe out of the pact to keep any future threat level very low. ‎From the American archives now available, we know the US never intended to honor the agreement.
‎
So this presents a huge new problem to all of us. With this past record of US duplicity in major ‎agreements, what is the point of entering into a new one? The pattern is already set that it will be ‎broken whenever a new US administration chooses to, standing behind our military and smirking, ‎‎“What are you going to do about it?”‎
‎‎
Q: Certain European countries believe that if they give President Trump some concessions in areas other ‎than the JCPOA (for example Iran ballistic missile program), they will be able to keep him in the ‎agreement. Do you think this approach could save the nuclear agreement?‎

JD: I do not think this approach could save the nuclear agreement. It appears to be just another ploy to it. ‎Is the US going to give Iran back anything that it gave up, like increasing its nuclear stocks? No. The US ‎is offering nothing, so Iran has correctly categorized the attempt not as a negotiation, but as a breach.
‎
If Iran agreed to this, what would stop a new administration in 2020 from demanding that the ten-‎year halt on nuclear reprocessing activity be extended indefinitely, or it would leave the agreement? ‎

While Israel, with complete US support, not only has an uninspected nuclear weapons program, but ‎also chemical and biological ones. Yet where is this ever mentioned in Western media or capitals as ‎a major threat to the region?
‎
Lesser known is that Israel has ten ICBM missile silos for its multiple warhead weapons that can reach the ‎US, Moscow and Beijing, and that the US helped build these silos. Western media will not touch ‎stories like this with a ten foot pole.
‎
The bottom line here that needs to be learned is that the US should never be included in any ‎international group agreements if it chooses to breach them at will. A dual track should be ‎substituted where those that abide by their agreements get a certain agreement, and the US another ‎one that has to be recertified by both parties every 90 days.