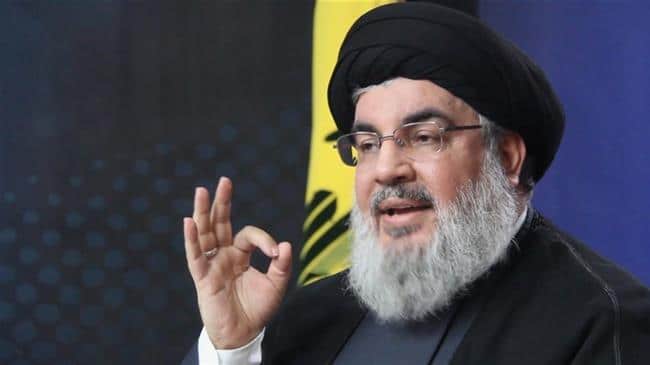 [ Editor’s Note: This is quite a story on turning down this much cash, twice. Of course as long as it was in the “offer” stage one has to wonder if the Saudis would have ever fulfilled it. It certainly would not have put the money in an escrow account as a bond of their word.

But that said, there seems to be no magic money tree to shake for rebuilding Iraq. Sure, foreign money will be available to buy the place up, a financial Balkanization, but only a limited amount of give-a-way funds.

Part of the problem is the historical Syrian-Mid East corruption, the donor’s knowing that a lot of that money would be stolen by those wanting overseas nest eggs to retreat to if needed.

Even Russia was quick to say that while it was spending what would be necessary to defend Syria being imploded and Balkanized by the US terror coalition, it had no plans for rebuilding Syria, as in funding it.

The unsaid there was that Russia had its own problems with the Western-NATO juggernaut and Russia was committed to a military modernization and strengthening of its domestic economy to defend against sanctions, and was not about to risk that to “rebuild” Syria.

Missed by many at the time was Putin’s comment when asked why Moscow was willing to bear the military intervention cost.

He quickly responded that it was mostly coming from the military training budget, meaning that Russia saw early on the value of the live fire training for its equipment and troop training in modern warfare, and that has turned out to be just the case.

He also foresaw that it was better to spend the money now killing the Russian Muslim jihadis in Syria versus waiting until they all came home as battle hardened veterans to train legions more inside Russia.

The Russian military is much stronger now than it would have been, and much more confidant in its ability to defend itself from a huge superiority in Western military strength.

I have always editorialized that Russia had no ability to be an offensive power, despite the ridiculous claim of its desire to reclaim the old Soviet empire, because it would have its hands full just defending its borders and a mutually assured destruction deterrent with its modern nuclear force. Putin’s this year Parliament speech laid this all out …Jim W. Dean ]

The head of the Lebanese Hezbollah resistance movement says the Saudi regime had told Syria that it is ready to stop supporting the militants wreaking havoc in the country and give Damascus hundreds of billions of dollars for reconstruction if it accepted to cut ties with Iran.

Sayyed Hassan Nasrallah said the Riyadh regime had made the proposal twice and that Syrian President Bashar al-Assad had turned it down, Lebanon’s Arabic-language al-Akhbar daily newspaper reported Tuesday.

Riyadh is widely believed to be a key sponsor of the Takfiri terrorists, who have been operating to topple the Syrian government since 2011. Takfirism is largely influenced by Wahhabism, the radical ideology dominating Saudi Arabia and freely preached by Saudi clerics.

Iran, along with Russia and Hezbollah, has been effectively helping the Syrian government in its fight against those terrorists.

Nasrallah further said the target of the war in Syria is in fact the anti-Israel resistance front, because the resistance movement’s victories in the region pose a threat to the American agenda in the region.

He added that Hezbollah stands stronger today, which means it would be subject to more attacks in the future.

US interference in Lebanon election

Elsewhere in his remarks, Nasrallah accused Saudi Arabia and the US of using “dirty” means to interfere in Lebanese general elections, scheduled for May 6, in an attempt to target the resistance.

By detaining Lebanese Prime Minister Saad Hariri and forcing him to resign last November, the Saudis intended to dissolve the Lebanese government and pit it against Hezbollah, he added.

Hariri stunned Lebanon and the world in November 2017 by announcing his resignation in a live television broadcast from Saudi Arabia. He accused Iran and Hezbollah of sowing strife in the Arab world, an allegation rejected by both sides.

Senior sources close to Hariri and top Lebanese officials said Riyadh had coerced the Lebanese premier into stepping down and put him under house arrest.

Hariri, however, managed to get out of the kingdom amid international pressure on Riyadh. He rescinded his resignation after returning home.

Nasrallah said at that time that Saudi authorities had clearly and openly declared a war on Lebanon by holding Hariri hostage and forcing him to quit.