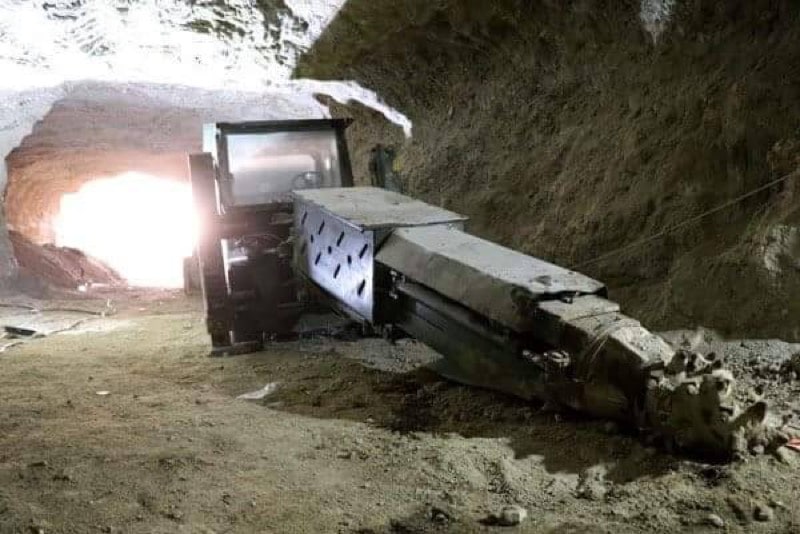 [ Editor’s Note: These photos below are just a few hours old, and we know the person who shot them today. The Syrians found this unhappy surprise while canvassing the recently evacuated East Ghouta terrorist underground facilities.

We see that they not only had US Coalition support, but Qatar, who backed the Muslim Brotherhood, Hamas and some of the terror groups in Syria, leaned on Hamas to reroute this tunnel-excavating equipment back to East Ghouta to help the jihadis kill Syrians, who had helped Hamas, getting played on the age old divide and conquer game.

The jihadis were safe as can be from Syrian bombing and shelling inside their vast tunnel networks, which this machinery could knock out as needed.

In the beginning of the war, both sides were using the ancient tunnels around Damascus. When I was there for the elections, the Syrian Army was having an underground duel with the jihadis on counter tunnel building, blowing them up, and caving them in – dangerous fighting and fatal for many.

This big gas concentrator photo shows it was manufactured by Hill-Rom Company in Michigan in 2015, bought via an intermediary, of which there were many available in the World War against Syria.

So it was brand new equipment brought in, probably flown in from Jordan by helicopter. This would have been used to concentrate gas for loading into shells. Western media of course spiked the story; but it has life here at VT with good old-fashioned on-the-ground work with people who really care … Jim W. Dean ]

This was Google translated from the Arabic

For the first time, the Syrian leadership publishes the ditches dug by the terrorists in Syria, the trenches and tunnels, their headquarters and their weapons stores. And the news here is not strange of course …….. but sad !!!!! 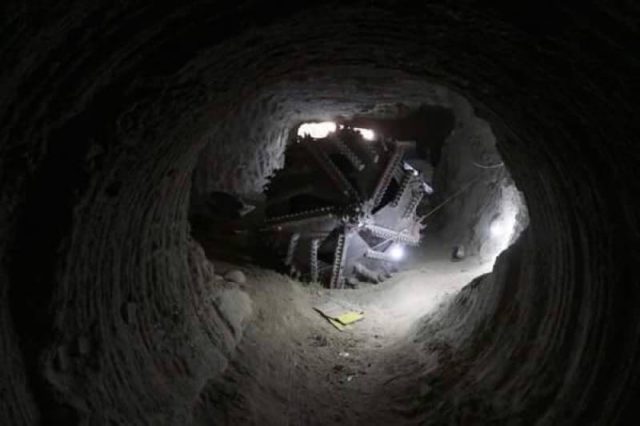 And found it on its soil and treachery in the back and these excavators of the old Soviet Union and serial numbers have been seen as a property of Syria. But some Hamas traitors have seized money in exchange for treachery and betrayal of their brothers

Syrians are witnessing the world that Syria is the only one who was providing weapons and training for them.