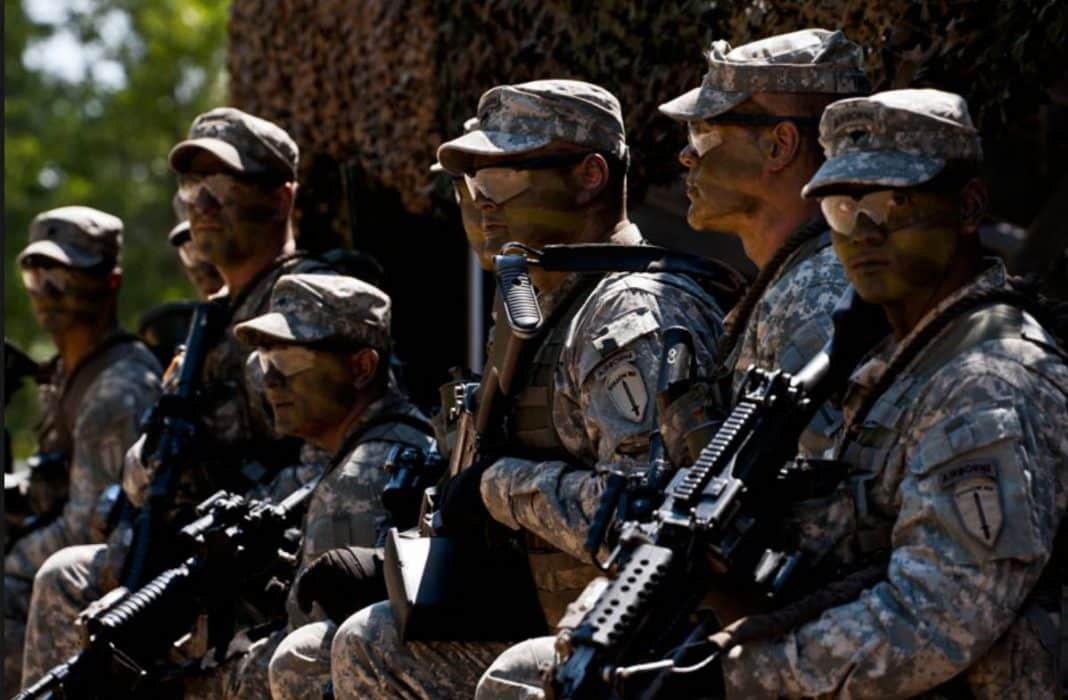 It has recently transpired [1] during the trial of the widow of Orlando nightclub shooter, Omar Mateen, who killed 49 people and wounded 58 others in a mass shooting at the Pulse Nightclub in Orlando, Florida, on June 12, 2016 that his father, Seddique Mateen, was an FBI informant for eleven years.

In an email, the prosecution revealed to the defense attorney of Noor Salman, the widow of Omar Mateen, that Seddique Mateen was an FBI informant from January 2005 to June 2016 and that he had been sending money to Afghanistan and Turkey, possibly to fund violent insurrection against the government of Pakistan.

Although the allegation that Washington provides money and arms to its arch-foe in Afghanistan, the Taliban, to mount an insurrection against the government of Pakistan might sound far-fetched, we need to keep the background of the Taliban insurgency in the Afghanistan-Pakistan region in mind.

In Pakistan, there are three distinct categories of militants: the Afghanistan-focused Pashtun militants; the Kashmir-focused Punjabi militants; and foreign transnational terrorists, including the Arab militants of al-Qaeda, the Uzbek insurgents of Islamic Movement of Uzbekistan (IMU) and the Chinese Uighur jihadists of the East Turkistan Islamic Movement (ETIM). Compared to tens of thousands of native Pashtun and Punjabi militants, the foreign transnational terrorists number only in a few hundred and are hence inconsequential.

Tehreek-e-Taliban Pakistan (TTP), which is mainly comprised of Pashtun militants, carries out bombings against Pakistan’s state apparatus. The ethnic factor is critical here. Although the Pakistani Taliban (TTP) like to couch their rhetoric in religious terms, it is the difference of ethnicity and language that enables them to recruit Pashtun tribesmen who are willing to carry out subversive activities against the Punjabi-dominated state apparatus, while the Kashmir-focused Punjabi militants have by and large remained loyal to their patrons in the security agencies of Pakistan.

Therefore, the allegation that Washington has provided material support to the Pakistani Taliban (TTP) as a tit-for-tat response to Pakistan’s security agencies double game of providing support to the Afghan Taliban to mount attacks against the Afghan security forces and their American backers cannot be ruled out.

Notwithstanding, as well-informed readers must be aware that military operations have been going on in the tribal areas of Pakistan since 2009, but a military operation – unlike law enforcement or Rangers operation, as in the metropolitan city of Karachi – is a different kind of operation; it’s an all-out war.

The army surrounds the insurgency-wracked area from all sides and orders the villagers to vacate their homes. Then the army calls in air force and heavy artillery to carpet bomb the whole area; after which ground troops move in to look for the dead and injured in the rubble of towns and villages.

Air force bombardment and heavy artillery shelling has been going on in the tribal areas of Pakistan for several years; Pashtun tribesmen have been taking fire; their homes, property and livelihoods have been destroyed; they have lost their families and children in this brutal war, which has displaced millions of tribesmen who have been rotting in the refugee camps in Peshawar, Mardan and Bannu districts since the Swat and South Waziristan military operations in 2009 and then the ongoing North Waziristan operation which began in June 2014.

Therefore, the public opinion in Pakistan is vehemently against military operations in the Pashtun tribal areas. In fact, the general elections of 2013 were contested on a single issue: Pakistan’s partnership in the American-led war on terror, which has displaced millions of Pashtun tribesmen.

The Pashtun nationalist Awami National Party (ANP) and the neoliberal Pakistan People’s Party (PPP) were routed, because in keeping with their “liberal interventionist” ideology, they stood for military operations against Islamist Pashtun militants in tribal areas; and the people of Pashtun-majority Khyber Pakhtunkhwa province gave a sweeping mandate to the newcomer in the Pakistani political landscape: Imran Khan and his Pakistan Tehreek-e-Insaf (PTI), because the latter promised to deal with tribal militants through negotiations and political settlements.

Although both Imran Khan and Nawaz Sharif had failed to keep their election pledge of using peaceful means for dealing with the menace of religious extremism and militancy, the public sentiment has been firmly against military operations in tribal areas. The 2013 parliamentary elections were, in a way, a referendum against Pakistan’s partnership in the American-led war on terror in the Afghanistan-Pakistan region, and the Pashtun electorate gave a sweeping mandate to pro-peace political forces against the pro-war political parties.

Regarding Washington’s conflicted relationship with Islamic jihadists, it is an irrefutable fact that the United States sponsors militants but only for a limited period of time in order to achieve certain policy objectives. For instance, Washington nurtured the Afghan jihadists during the Cold War against the former Soviet Union from 1979 to 1988, but after the signing of the Geneva Accords and consequent withdrawal of Soviet troops from Afghanistan, the United States withdrew its support from the Afghan jihadists.

Similarly, the United States lent its support to militants during the Libyan and Syrian proxy wars, but after achieving the policy objectives of toppling the Arab nationalist Gaddafi regime in Libya and weakening the anti-Israel Syrian government, the United States relinquished its blanket support from the militants and eventually declared a war against a faction of militants battling the Syrian government, the Islamic State, when the latter transgressed its mandate in Syria and dared to occupy Mosul and Anbar in Iraq in early 2014 from where the US had withdrawn its troops only a couple of years ago in December 2011.

The United States regional allies in the Middle East, however, are not as subtle and experienced in Machiavellian geopolitics. Under the misconception that alliances and enmities in international politics are permanent, the Middle Eastern autocrats keep on pursuing the same belligerent policy indefinitely as laid down by the hawks in Washington for a brief period of time in order to achieve certain strategic objectives.

Keeping up appearances in order to maintain the façade of justice and morality is indispensable in international politics and Washington strictly abides by this code of conduct. Its medieval client states in the Middle East, however, often keep on pursuing the same militarist and belligerent policies of nurturing militants against their regional rivals, which are untenable in the long run in a world where pacifism has generally been accepted as one of the fundamental axioms of the modern worldview.

[1] Pulse Nightclub Gunman’s Father Was Allegedly an FBI Informant for More Than a Decade: